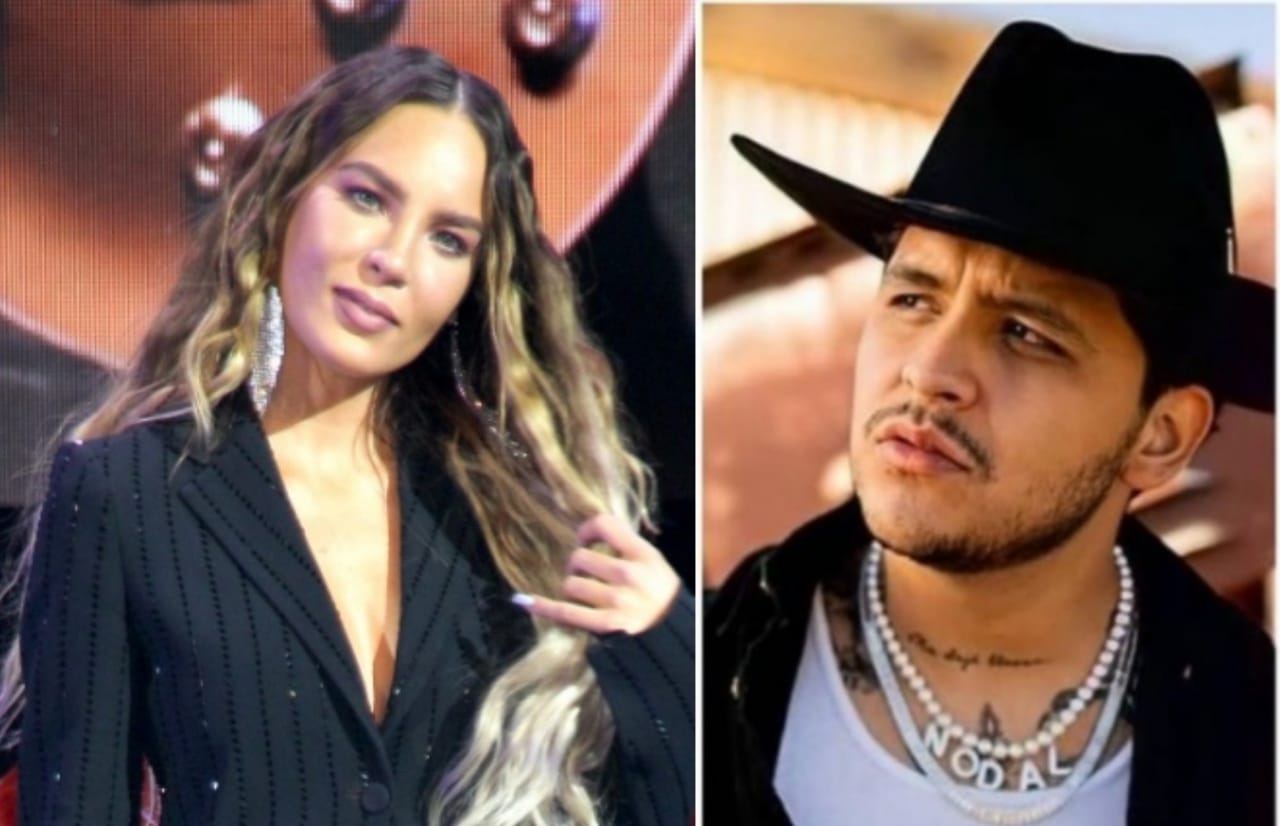 Belinda second engagement ring Cristian Nodal. Was there a wedding? The controversy that both Belinda and Christian Nodal have generated in their relationship has exceeded the standards, since every day that passes a new version about their romance or breakup appears on social networks. Leaving in doubt about what happens between both artists.

Now the rumor has been running about the supposed wedding that took place between the singers, through the Instagram account of Chica Picosa 2, some images of a second engagement ring appeared. Could it be that they have already married and no one has realized that?

It should be remembered that the Mexican regional music singer, Christian Nodal caused a stir after he made the decision to delete all his photographs from his social networks and stop following his girlfriend, but now it seems that things are back to normal.

Again the rumors about whether the controversial couple of Belinda and Nodal have already married reappeared with this image of a second engagement ring. But netizens find a detail that would cast doubt on the marriage of the singers who so far have not confirmed anything.

It turns out that the couple’s followers discovered a small detail in the image of the ring, it should be remembered that the first ring that Nodal gave to Belinda had a fairly high price, around 60 million pesos. Now in the new snapshot the price appeared and they were tremendously surprised.

In the image you can see that the engagement ring is quite cheap compared to the first one he gave her. In this photo the price of the ring is a total of 5,500 pesos, immediately Internet users began to react on this situation and leave their opinion on it.

The reaction of the Internet users did not wait and they began to mention the cost of this supposed second engagement ring: “They send me this capture where they tell us that Belinda’s second ring could be a marriage and it is from #trinitymg #cartier ”Was written in the post.

Belinda second engagement ring Cristian Nodal: “It is not a wedding ring “

“Naaaa, I don’t think so, first one of three million and the wedding one of 55 thousand. I do not think “,” Criticizing that it does not fit, which is not knowing about fashion and having millions “,” I do not feel that it looks like the one in the photo “,” It is not a wedding ring, she has already used it before “, “The ring is very nice, but I don’t think it will suit the engagement ring,” the messages continued.

“There are more of those who think about the price of the ring, what they do not know is that this Trinity de Cartier ring has a very special symbolism, in fact that piece is very traditional, not for nothing is it one of the oldest pieces of the Cartier firm , in what they have to do with engagement and weddings. There are parents who have the tradition of giving that pair of rings to their children and their fiancees or fiancées at their engagement parties, to wish them the best in the world and that their love is eternal, because precisely that ring symbolizes infinite love “, said a follower.

Previously, the singer Christian Nodal surprised his almost 8 million followers by leaving only a photo of Speedy Gonzales, one of his favorite characters. In an interview, he commented that when he does something like this it is because something very strong comes into his life.

And if many thought that it was a new album or song, even a duet with Belinda, it seems that the couple of the moment got married yesterday after the couple of images that the Mexican singer decided to publish, or simply, is it about A coincidence?

“He just made me the luckiest man in the world”

With more than two and a half million likes to date, this publication by Christian Nodal shows him kissing Belinda on the lips on May 25, the day he gave her the engagement ring in a luxurious restaurant in Spain.

“Ladies and gentlemen … Belinda Peregrín Schull just made me the luckiest man in the world”, wrote on that occasion the renowned composer along with the emojis of a ring and a white heart “, so the comments of his admirers did not take long to be present. Filed Under: Belinda Second Engagement Ring Cristian Nodal

They congratulate the couple on their marriage

After seeing this publication, many people take it for granted that Christian Nodal and Belinda were married, but now it remains to be discovered if there was any religious ceremony or they only carried out a civil union. Followers of both artists were quick to congratulate them and make other comments.

“Congratulations! How beautiful that they are in love and long live love ”,“ What beautiful love ”,“ Congratulations, blessings, and they invite me to the wedding ”,“ We ​​already know that they just got married today in Spain ”,“ The song of the two of them ”, were some of the comments sent by their fans. Filed Under: Belinda Second Engagement Ring Cristian Nodal

The one who has decided to continue keeping silence is Belinda, since her last publication dates from July 13, where she makes it clear that the young woman who participated in several novels has been left behind and is now a most attractive woman.

It is striking that the singer decided to deactivate the comments, so, if her wedding with Christian Nodal was confirmed, her fans were left wanting to congratulate her. Nor has there been any recent activity on his Instagram stories. Filed Under: Belinda Second Engagement Ring Cristian Nodal

“How lazy to play their game”

Followers of the Spicy Girl Instagram account also discovered this photograph that Christian Nodal uploaded again and did not want to remain silent, because while some congratulated the couple, other people left with everything:

“How lazy to play their game”, “Nodal and Belinda, sit down ladies”, “What ridiculous guys”, “Lupillo is sad”, “Everyone made up a story with them and you know how relaxed they were”, “They disconnected and later learned that they were married.” Filed Under: Belinda Second Engagement Ring Cristian Nodal