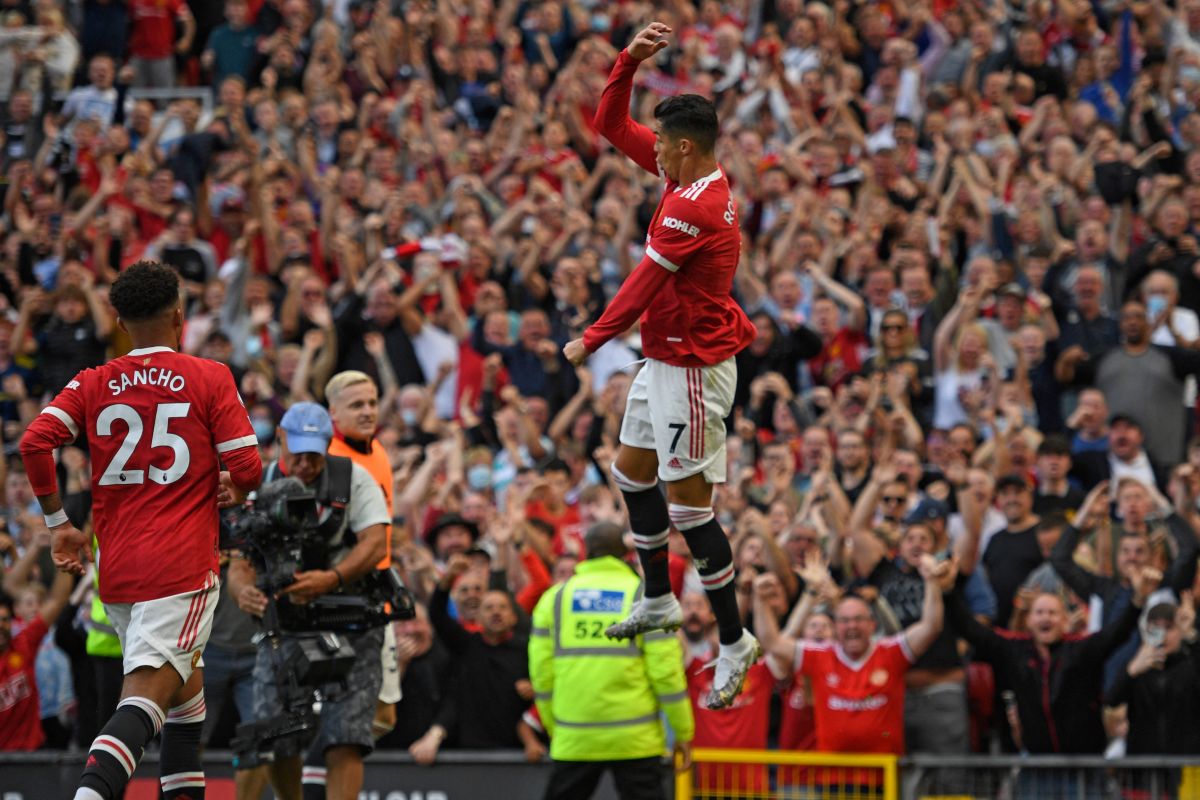 His departure from Juventus in Turin was a surprise. Cristiano Ronaldo returned to Manchester United, team that gave birth to the Portuguese legend in Europe. CR7 debuted as a starter against Newcastle at Old Trafford. Raphaël Varane, Paul Pogba, Jadon Sancho and the other stars of the “Red Devils” were overshadowed by the presence of former Real Madrid. “El Bicho” scored a double and put his team at the top of the Premier League after a 4-1 victory over “Urracas”.

Cristiano Ronaldo was very participative before the gaze of thousands of fans who shouted every time he touched the ball. The Portuguese was constantly sought out by his peers, although during the first half it did not generate any action that disturbed the Newcastle goalkeeper.

However, just as the first half was about to end, the ball looked for the star. Mason Greenwood shot from outside the area and goalkeeper Freddie Woodman was able to contain the shot, but left a rebound served so that Cristiano Ronaldo He will take advantage of it and score his first goal on his return to Manchester.

However, the party at Old Trafford would be silenced. In a play of four touches of the ball, Newcastle equalized the commitment. A very well executed counterattack started by Matt Ritchie, managed by Miguel Almirón with Allan Saint-Maximin and finished by Spanish Javier Manquillo.

But the excitement of the “Magpies” only lasted six minutes. After the English pass Luke shaw, Cristiano Ronaldo did not miss the opportunity and He defined with his left leg against Freddie Woodman who could not do anything before the violence of the auction.

Ten minutes from the end, a United victory with a Portuguese stamp was completed. Bruno fernandes He increased the advantage and defined exquisitely from outside the area to place the 3-1.

Finally, JEsse Lingard closed the win for the “Red Devils”. The 28-year-old put definitive figures on the mark. Manchester United lead the way after their 4-1 win.

The Portuguese striker returned to goal after 12 years. The last entry by CR7 with the “Red Devils” jersey dates back to May 10, 2009, match corresponding to matchday 36 of the Premier League against Manchester City.

Cristiano Ronaldo came to Old Trafford in 2003. What began as a bet by Sporting Lisbon ended up being one of the greatest legends in the history of football. At Manchester United, the Portuguese met a club legend: Sir Alex Ferguson. CR7’s legacy with the “Red Devils” was really great. In 292 games, Cristiano scored 118 goals and won 10 titles, including 3 Premier League and a UEFA Champions League.

Now, in this new stage, the Portuguese player has the responsibility to return titles to a Manchester United that lacks them. Cristiano began his stage with a couple of goals and a victory that is exciting to return the nights of glory to the “Theater of Dreams”.

The replacement of Lionel Messi: Cristiano Ronaldo had been offered to FC Barcelona