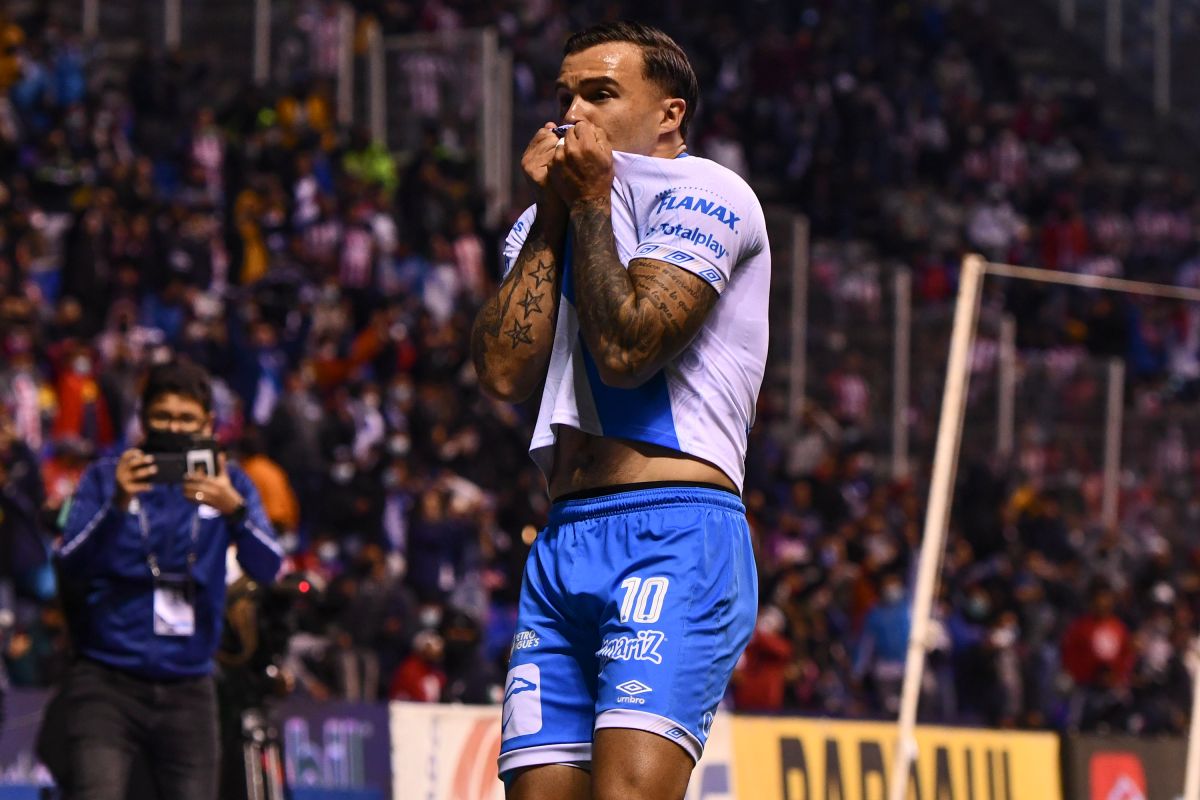 Uruguayan Christian Tabó, winger of the Mexican Cruz Azul, He assured this Thursday that his team causes his compatriots to reach their maximum level as they have in recent tournaments Ignacio Rivero and Jonathan Rodríguez.

“In an institution as big as Cruz Azul you have to give 110% to all matches, there is no time when you can relax. I know my countrymen and I know that they always play to the top, that’s why they have done well“, He explained in his first press conference in the celestial picture, one of the most popular in Mexico.

The attacker left Puebla to sign for this Clausura 2022 tournament with Cruz Azul, which last May broke a losing streak of more than 23 years without a league title led by winger Rivero and striker Rodríguez.

Tabó trusts that the good performances of the Uruguayans in ‘La Maquina’ are a good omen to become one of the offensive engines and with this, he will be summoned to the Uruguay national team.

“I always think about the selection, it’s a dream that I always have, but I must do things well at Cruz Azul, try to make the institution fight for titles for a future call to the national team“, He expressed.

Christian Tabó recognized that the Peruvian Juan Reynoso, coach of Cruz Azul and who was previously his strategist at Puebla, It was fundamental for him to be inclined to arrive at the celestial ones.

“It is impossible to say no to an institution like Cruz Azul and more with the interest that people had in me, not only the board but the coaching staff. I am very excited and proud to be here. I will have to catch up“He added.

The South American said that playing in the blue team is the greatest challenge in his career and that being trained again by Reynoso will make it easier for him to adapt.

“I know the teacher Juan, I know what he wants, but personally he has not asked me for anything because he knows what I can give him on the field. I put myself at the command for what is coming“, he pointed.

Tabó revealed that due to physical discomfort he is in doubt for the debut of Cruz Azul in the Clausura 2022 when they host Tijuana this Saturday on the first day.

You may also like:
· Liga MX with new faces and armored teams: meet the most anticipated signings in Mexican soccer
Cruz Azul and his millionaire moves to regain glory in Liga MX
Miguel Layún seeks to help Mexican families: the Águilas del América footballer wants to leave a mark off the field