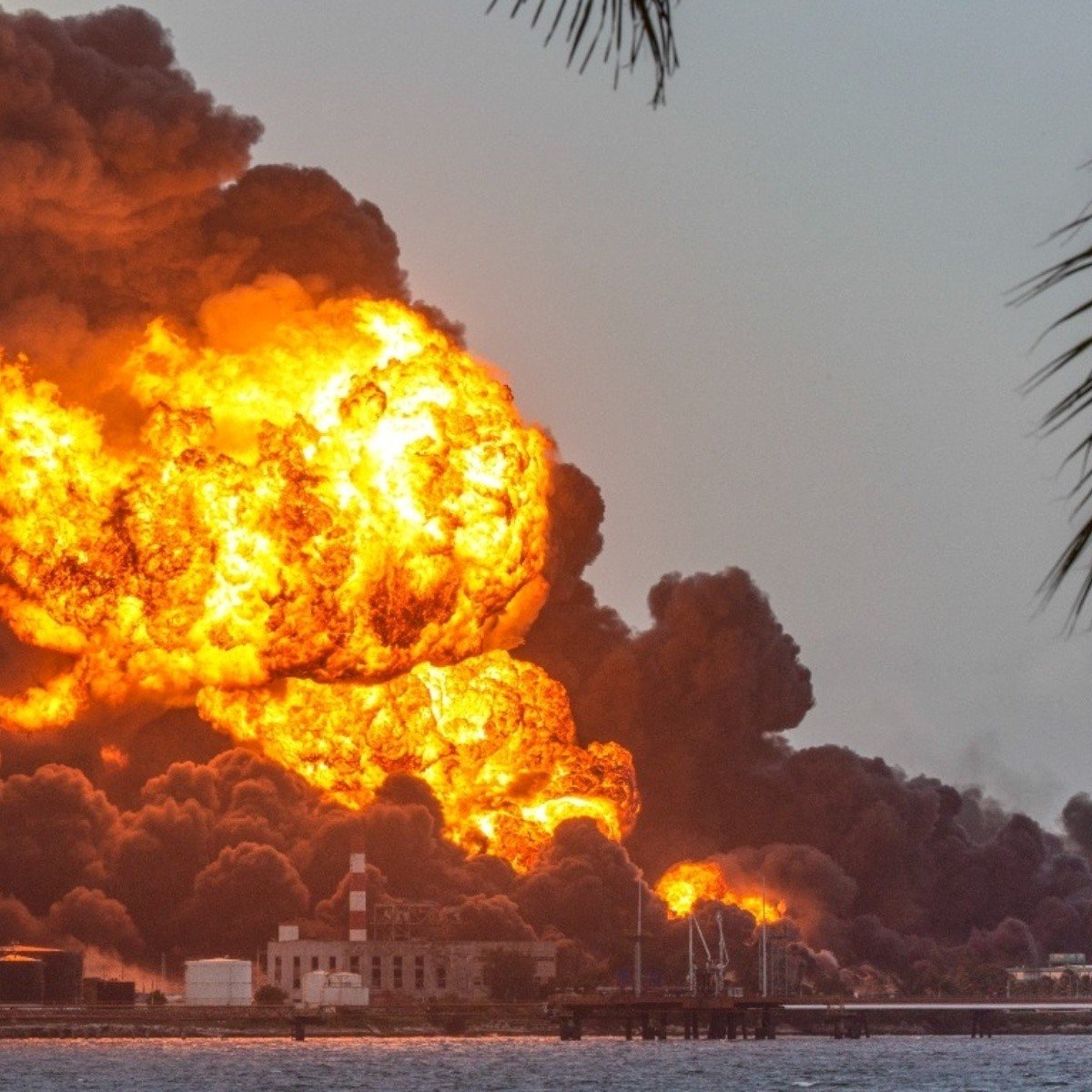 For the fourth consecutive day, Cuban and foreign firefighters and specialists seek to put out a large fire in a crude oil storage complex in the Cuban province of killings which has left at least one dead and 125 injured.

Authorities reported Tuesday that the fourth and final adjoining tank that was struck by lightning Friday night, sparking the fire, is on fire. Unlike the previous days, a less dense and clearer smoke is observed in the place.

Explosion in tanks can aggravate crisis in Cuba

The loss of fuel is dramatic for the island, which is going through a serious economic crisis Y energetic aggravated by a harsh summer.

The material damage has not yet been quantified, but the Matanzas Supertanker Base, about 100 kilometers from Havana, is the most important infrastructure of Cuba in the oil sector and is vital to supply hydrocarbons to thermoelectric plants.

In the streets of Matanzas, some 100 kilometers east of Havana, residents expressed concern.

“There are problems with electricity, with the environment, with the people who are living here,” Adneris Díaz, owner of a cafeteria in Matanzas, told The Associated Press.

Tahimí Sanchez, 48, who works in a cafeteria in Matanzas, emphasized the economic effects. “We will notice them and we will see them, but we trust and we are going to come out of all this well.”

The day before, the Electric Union reported that due to lack of water, the Antonio Guiteras Thermoelectric Power Plant went out of operation, so that Havana suffered blackouts outside of those that were scheduled.

Mexico and Venezuela support Cuba against fire in oil tanks

Official media outlets indicated that the firefighters – advised by Mexican and Venezuelan experts – began to apply foam to the containers, a procedure that had not been possible due to the lack of conditions, including high temperatures.

Some 14 firefighters remain missing after the body of one of them was reported to have been found on Saturday.

The base has eight tanks of about 50,000 cubic meters of storage distributed in two batteries of four. Only one would be involved in the incident.