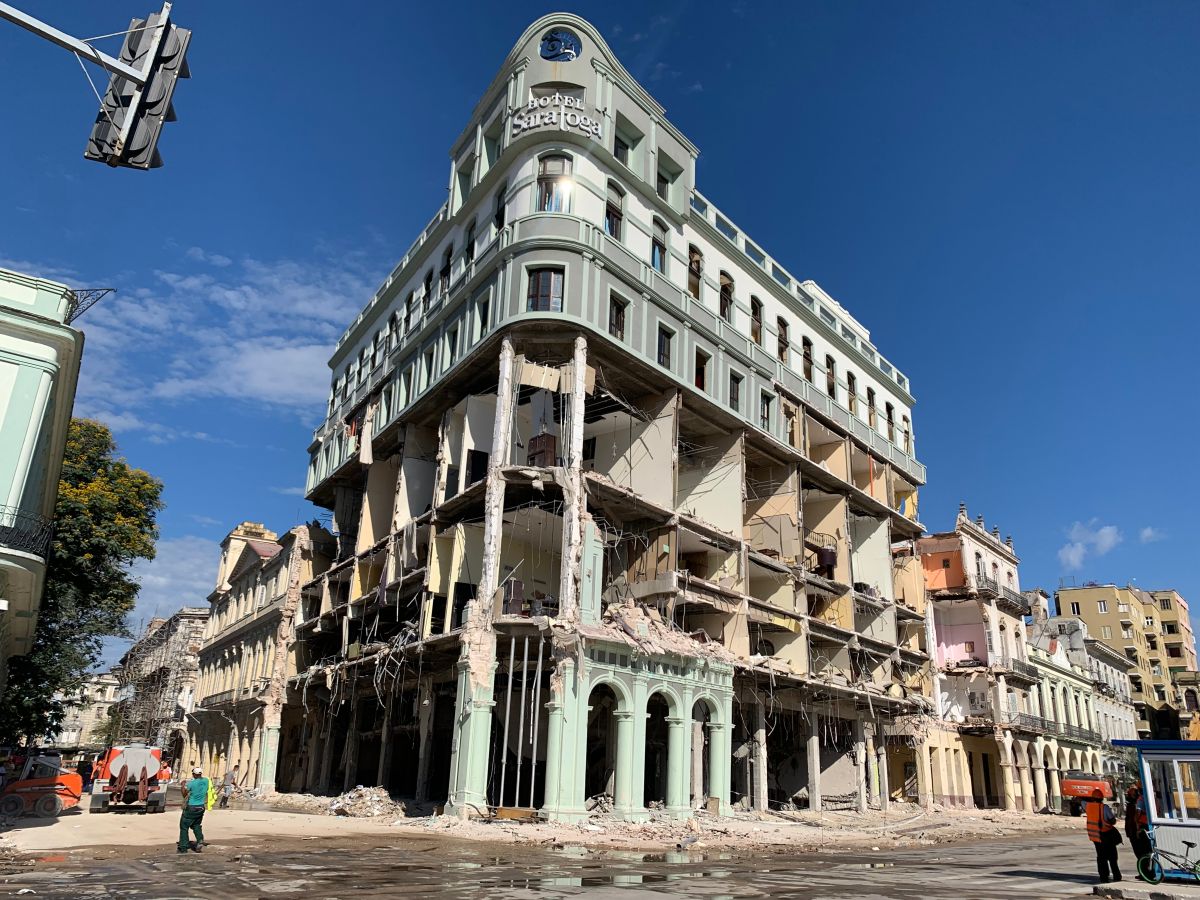 Cuba ended the search for bodies at the Saratoga hotel in Havanasix days after a serious explosion that left 45 fatalities.

The last body, found in the rubble of the basement, where the hotel workers had been trapped, is that of the only person reported missing that remained to be found.

This is a 27-year-old hotel waitress, as confirmed in its latest report by the Ministry of Public Health (Minsap).

Once the rescue tasks were completed, the firefighters and other emergency teams, who took a break on Thursday afternoon after six days without a break, They will now continue with the cleaning and removal of debris in the area where the accident occurred..

The explosion of the Saratoga – one of the most emblematic points of the Havana historic center – also left a long list of injured, which so far rises to 99, of which 15 remain hospitalized.

They close the hotel to the public

The establishment was not open to the public at the time of the outbreak. The 51 workers who were inside last Friday, when the explosion occurred, were preparing the hotel for its reopening, which was scheduled for this Tuesday.

All the deceased are of Cuban nationality -including four minors and one pregnant-, except for the young Spanish tourist Cristina López-Cerón Ugarte, whose ashes are already in her native province of Lugo.

His partner, with the same citizenship, is still hospitalized in Havana, although his life is not in danger.

The Cuban government explained that the cause of the accident was an escape, when a liquefied gas tanker truck was recharging a tank of the establishment.

The blast wave affected some 17 nearby buildings, where debris is still being removed. Experts will review the damage to the hotel and these buildings and decide which can be recovered and which should be demolished.

The mayor of the municipality of Old Havana, Alexis Acosta, explained that once the rescue is over, the neighboring buildings will be recovered.

“We will move on to other priority tasks of property recovery, for which there is a schedule,” added the local official.

The collapse of the floors of the ground floor and the first floor above the basement made the search tasks difficult for days in an operation against the clock to save lives that concluded this Thursday.

With the rescue work completed, Cuban President Miguel Díaz-Canel decreed two days of official mourning, from 6:00 a.m. on May 13 to 12:00 p.m. on May 14, the official newspaper Granma reported.

“During the validity of the official duel, the Lone Star Flag must be raised at half-staff in public buildings and military institutions,” the Presidency reported in a statement.

It is unknown what will be the final destination of the establishment, with a collapsed section and the total destruction of the facade in three of its seven floors.

The Saratoga was built in 1880 and from 1911 it functioned as a hotel. Its last restoration took place in 2005, when the building was extensively renovated.

Also read:
· Deaths by explosion in the Saratoga hotel in Cuba add up to 40
· Death toll from hotel explosion in Havana, Cuba, rises to 25; space was closed for remodeling
· Video shows Hotel Saratoga in Cuba broken in two after explosion; at least 8 dead and 30 injured reported