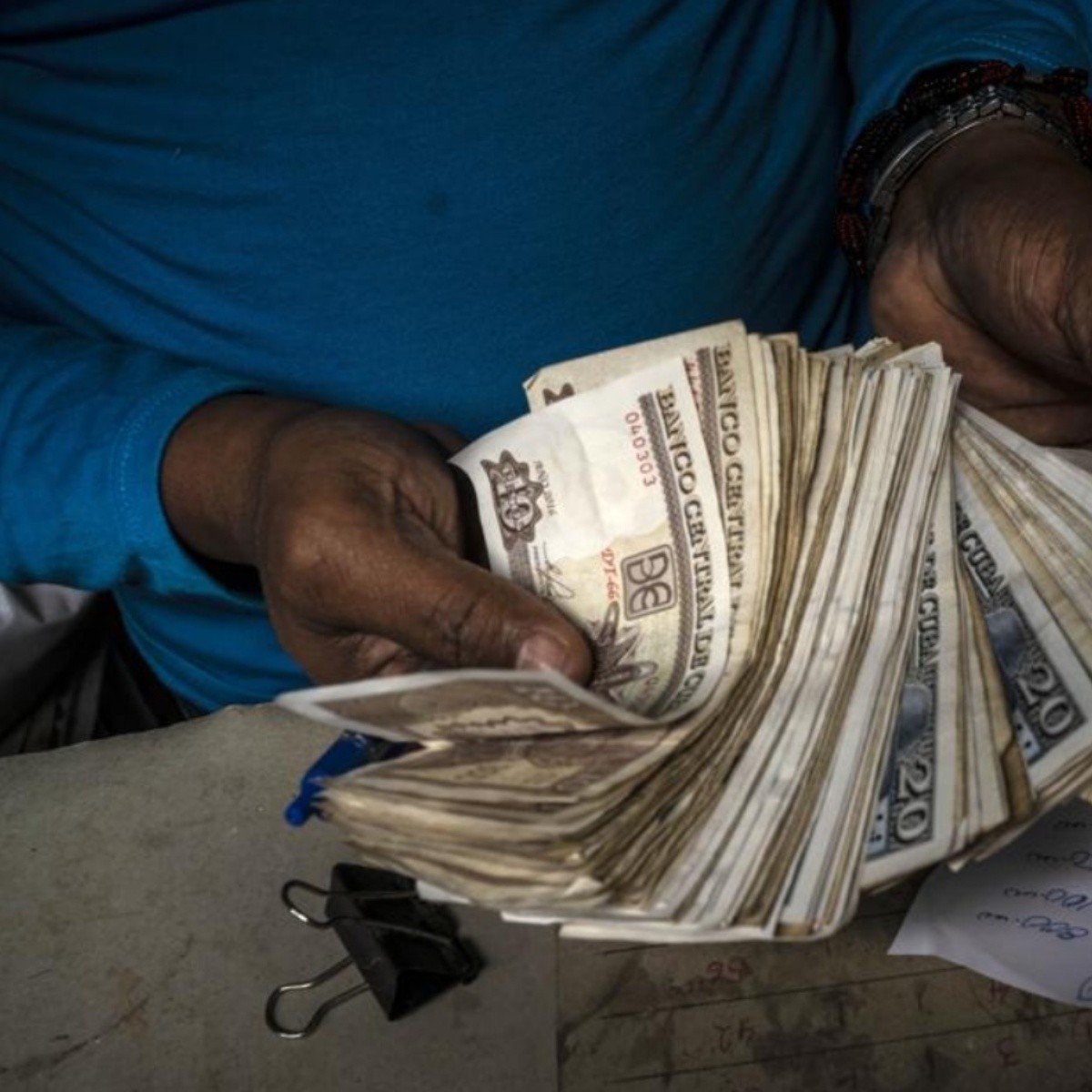 As of this week the government of Cuba will start to buy dollars at an exchange rate five times higher than the official rate in an attempt to capture more foreign exchange and combat the informal market. The measure will also affect other currencies such as the euro.

Individuals and small businesses will be able to change their Dollars in cash at exchange houses and banks -all state-owned- at 120 Cuban pesos per greenback, although in practice they will receive 110 pesos if the commission charged for the exchange is subtracted.

This exchange rate is above the official rate of 24 Cuban pesos per dollar that will be maintained for the accounting of state agencies or companies that have dollars and that are the productive base of the country.

Likewise, the euro will go from $24.40 pesos to 122 pesos, which minus the commission will be 119 island notes for each community unit.

Here is a look at what the decision of the Cuban authorities implies:

Why does Cuba buy 5 times more expensive the dollar?

Although a closing of the foreign exchange market was never announced in CubaDollars stopped being bought and sold on the island as of January 2021 due to a financial reform that eliminated the dual currency -until then, the convertible peso equivalent to the dollar circulated together with the Cuban peso- and the paralysis of tourism due to the pandemic of COVID-19 and the arrival of fewer remittances as a result of US sanctions.

Although the State did not sell dollars or other foreign currencies to the population, people went to the informal market to buy foreign currency to load debit cards with which they buy food in special stores on the island, emigrate or travel abroad to make purchases for resell -especially Mexico and Panama-, among other reasons.

Until last week the rate in that parallel market was between 110 and 120 pesos per dollar.

In addition, the government imports food, medicines and supplies that must be paid for in dollars.

For example, the government buys food abroad for some 2,000 million dollars a year, which the State then sells to the people in pesos and at a subsidized price.

With a rate similar to that offered by the informal market, the government hopes that Cubans will go to the windows and the State will increase its dollar reserves. However, some experts warn that it could have the opposite effect.

Is there free buying and selling of dollars in Cuba?

No, the announcement does not mean that a free exchange system will be implemented since for now only dollars can be sold at exchange houses and banks.

According to the measure, the official exchange rate of 24 pesos per dollar will be maintained for the operations of state companies, their imports and exports.

Cubans or foreigners, non-agricultural cooperatives and small and medium-sized companies, will be able to attend the windows and will be charged an 8% commission if the money is in cash. If the exchange is by transfer, they will obtain 120 pesos. However, some experts warn that it could have negative effects.

What risks do Cubans face with this measure?

“It is a recognition of the devaluation of the Cuban peso that had been taking place in the informal market,” economist Pavel Vidal, professor and researcher at the Pontificia Universidad Javeriana Cali, in Colombia, said in an interview with The Associated Press.

From a positive point of view, Vidal indicated, remittances could now be sent through formal channels -no one wants to sell remittances at 24 Cuban pesos per dollar when you can get 120 on the informal market – which could unlock a negotiation with USA that it had prohibited those shipments during the term of Donald Trump and that Joe Biden recently raised.

For decades, Cubans received their remittances through Western Union, but Trump banned their operations, so people who sent money to their families on the island did so through mules or informally, in turn feeding the parallel market.

However, Vidal emphasized, it is “a big mistake” to convert the exchange market only into a mechanism for collecting foreign currency, since it injects too many pesos into the financial circuit and it is the people who will pay the consequences when inflation is unleashed, fueled by that amount of money. circulating.

For his part, Cuban economist and professor Omar Everleny Pérez added to AP that with the measure the government is putting a floor on the dollar at 120 pesos but will not be able to make the informal market disappear since the great demand for dollars will continue for emigration. and to stock up on goods that are not produced on the island, for which the parallel rate could rise even more.