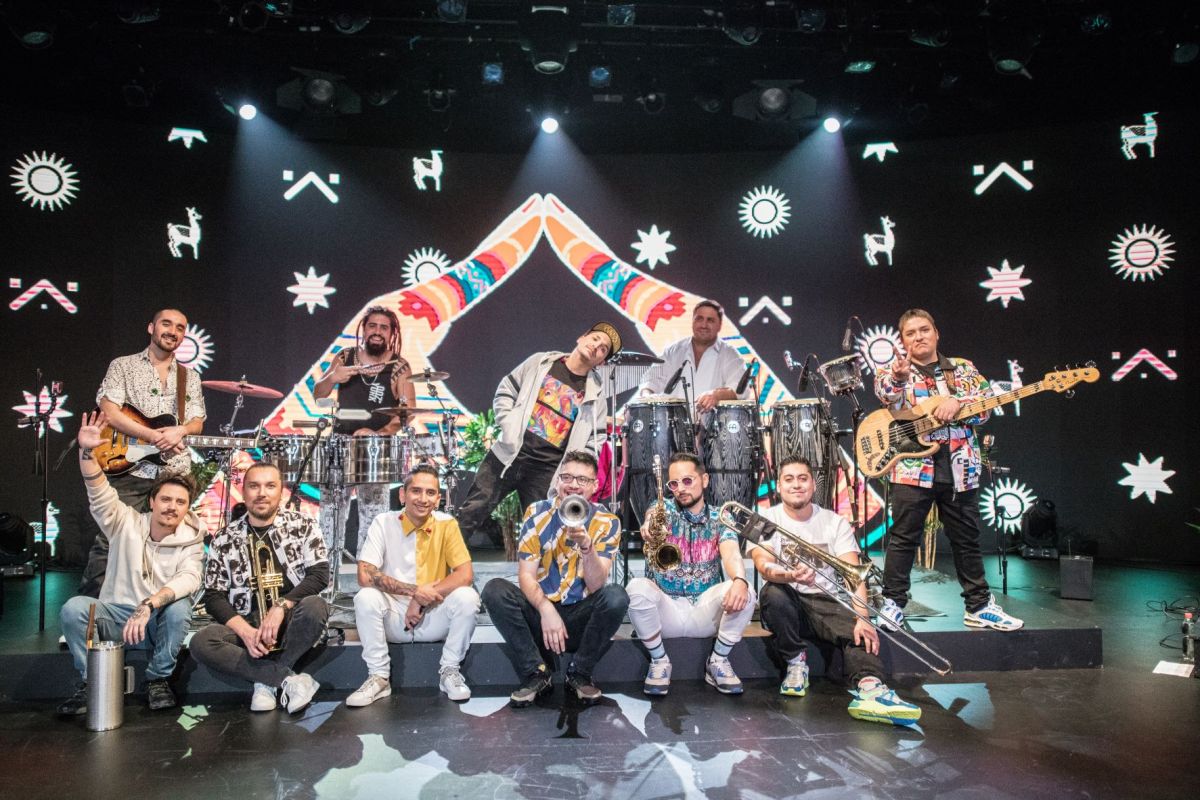 Diego Muñoz says that both he and Santaferia, the band to which he belongs, have “plenty of feelings” accumulated, starting with the satisfaction caused by returning to the stage in September.

They also recently released the album “Santaferia, En vivo en la Quinta Vergara”, and this Saturday at 5 pm PST on LATV the documentary “Pa que lo baile como que puede” will be released, a work carried out in the context of the 15 years of the Chilean group, which fulfilled last year. In this film, the members of the group recount their history, their beginnings and how they face the times of the pandemic.

“It fills us with pride because we have never done anything like this,” said Diego, who plays the saxophone in the band. “I’m happy for that”.

For this summer –because it is now summer in the southern hemisphere–, Santaferia is planning a tour that will cover several places in Chile, and in March it will make a stop in Mexico; It will be the first time that the combo brings its South American cumbia to cities like Monterrey, Guadalajara and Mexico City.

So from now on the fans of Santaferia are preparing the band’s visit. It is a group of young people from the brave football clubs that transferred this party and technique to the Santaferia concerts. They carry balloons, confetti, curtains and t-shirts of the group and join the public to cause a ruckus.

“We are already putting together the repertoire,” said Diego from Santiago de Chile, where the combo is from. “Because we’re going to get there and give it our all.”

Santaferia was formed in 2006 with a group of young musicians who began to interpret all kinds of rhythms, who over time realized that what came out best for them was cumbia. Alonso González, was then the drummer of the band, but because of his tone of voice they placed him at the head of the group.

However, the cumbia played by this group is not limited to this handsome rhythm. The formation of the 10 members is so diverse that it is impossible to prevent all these influences from converging in the style of their music, which due to their style and lyrics with social content they call homemade cumbia.

“The vocalist and the bassist are cumbieros, the percussionists are very salseros and they like Brazilian music, there is also a rocker and I and the trumpeter come from the school of jazz,” he said, adding: “The trombonist comes from folklore and that’s why the Andean rhythm is very involved; the pianist studied classical music, so when all that is put together in a song, a very beautiful flower emerges”.

Hence the name of the group, inspired by Chilean fairs, where one can find everything from fruits and vegetables to clothing, furniture, appliances and food in carts.

“Santaferia is like that: in each song something comes out to flourish,” said Diego.

In addition to the defense they make of the Mapuche people and the consumption of marijuana, the group speaks in their songs about the situation that the Chilean people are experiencing, especially after the social outbreak of 2019.

“We cannot be oblivious to what is happening here,” said the musician. “Music is the driver of some of the opinions we have.”

That’s not to say there isn’t fun in his music; just the opposite. The band takes time to interpret themes of love, heartbreak, spite and drama “because people love that our lyrics are based on what we are experiencing now”.