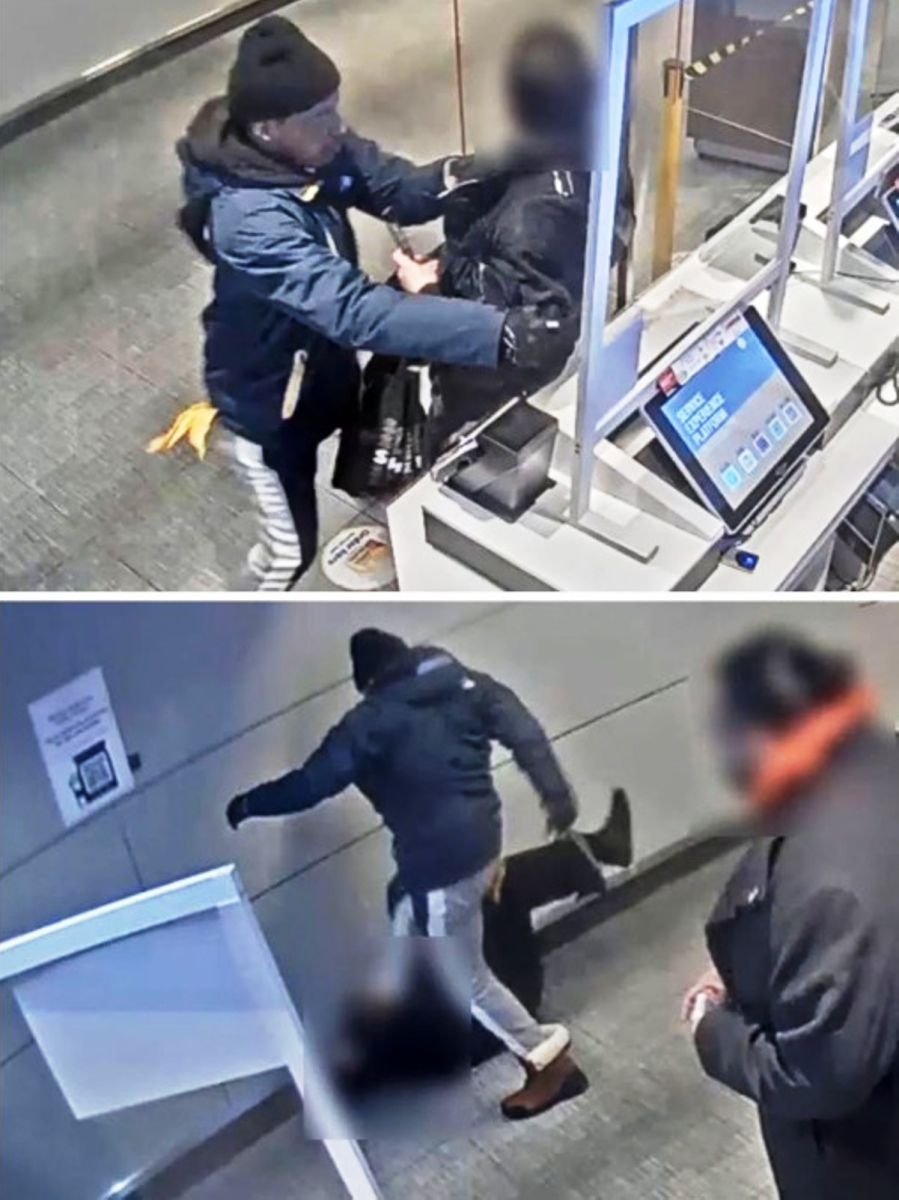 A 53-year-old man trying to place an order at a McDonald’s restaurant near Penn Station in Manhattan was pushed to the ground, repeatedly beaten and robbed in a brutal attack caught on camera. of security.

NYPD released a video of the beatingto and is on the trail of the aggressor. The victim was hospitalized with a serious head injury after being attacked by the unidentified suspect while using the fast food restaurant’s self-service kiosk in midtown yesterday shortly after 7:30 am

Surveillance video from inside the McDonald’s, located in 34th St and 7th Avenue, it shows the assailant coming up behind the victim and knocking him to the ground with a single blow to the head. The man is then seen getting to his feet before the suspect pushed him against the counter and demanded his wallet, police said.

The perpetrator was caught on camera throwing the man to the ground again, repeatedly kicking him in the head and then stealing his phone and wallet of the jacket.

At least one other customer was in the restaurant when the attack unfolded, but no one appeared on surveillance video coming to the victim’s aidnarrowed New York Post.

The victim was taken by paramedics to Bellevue Hospital in critical but stable condition, police said. The suspect, who is still at large, was caught by surveillance calmly leaving the McDonald’s and fleeing to nearby Penn Station in the wake of the assault.

Three weeks ago, in another McDonald’s restaurant in East Harlem, Hispanic employee Ángel Miguel Salazar (23) was stabbed several times, and although he survived, he was put into a medically induced coma.