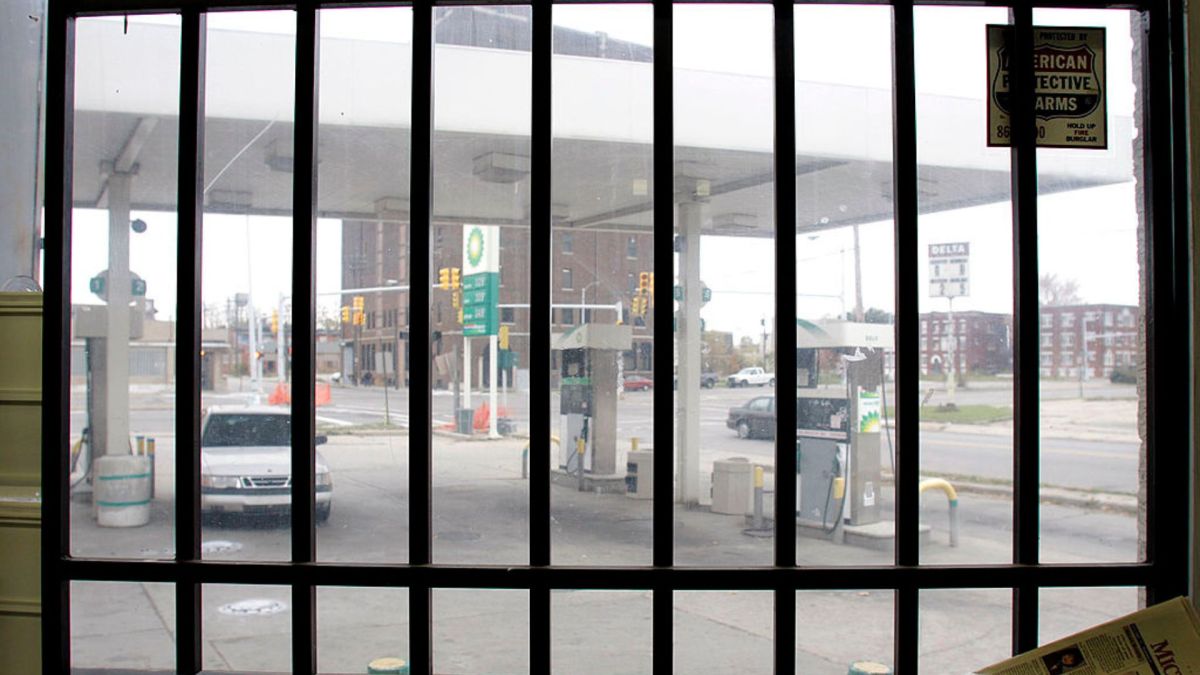 Images from a security camera gas station in Detroit, Michigan show a man pointing a weapon to another who carried a baby in her arms.

A few hours later and after the video went viral on social networks, he was arrested. Eric Butlerwho faces crimes of aggression, possession of a firearm, among others, revealed the police.

“The Wayne County District Attorney’s Office charged Euric Butler with felony counts of assault, possession of a firearm, and brandishing a firearm following his arrest on Monday,” the statement said. Detroit Police Department.

Initial investigations reveal that “Butler followed the 27-year-old victim into the gas station after they got into a verbal argument for unspecified reasons.”

After the discussion escalated, the alleged culprit pulled out a firearm and pointed it at the man who managed to drive him away from the site after he hit the gun away from him and his little one.

“We don’t know if there was a glitch or restriction of some sort, luckily no shots were fired,” Detroit Police Cmdr. Michael Chambers said.

Fortunately, the newborn and his father were unharmed from this attempted attack, while the detainee could be prosecuted in the next few hours after violating the aforementioned crimes.

Japanese TikToker goes viral after visiting a pulquería in Mexico