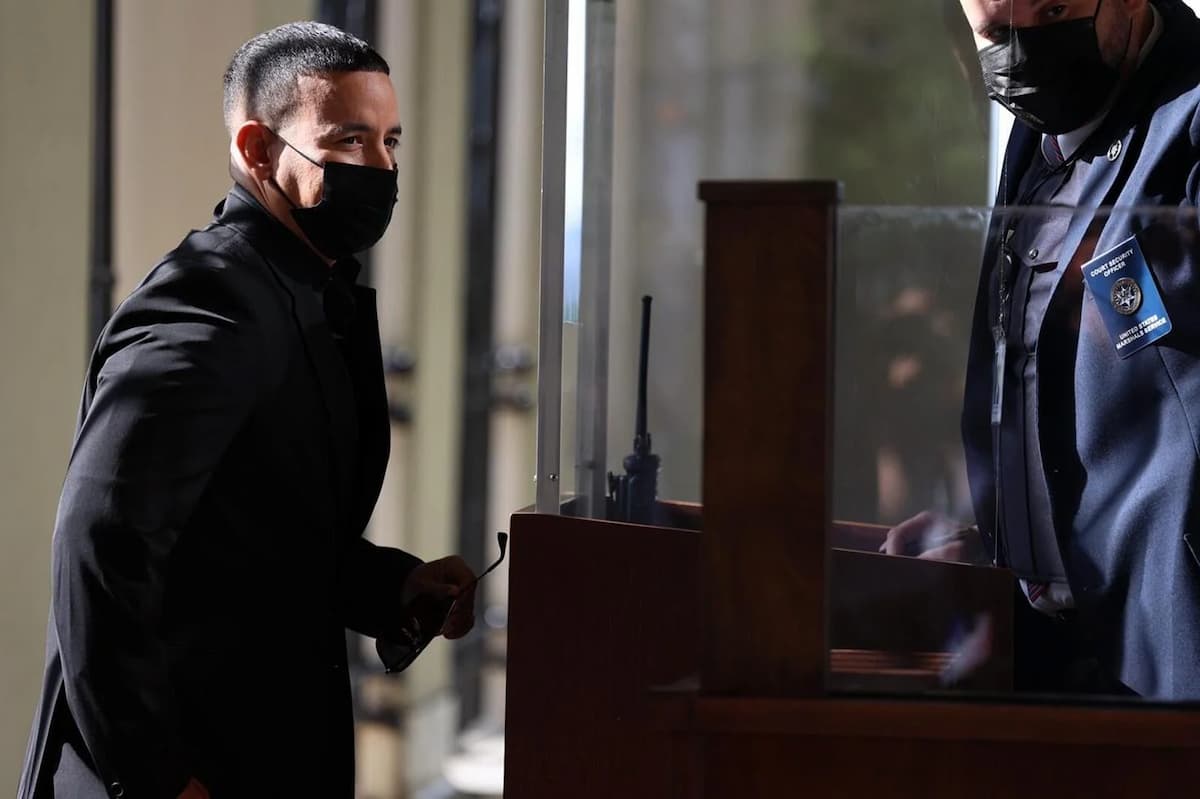 While several artists came out to support the music producer Raphy Pina through social networks, the Puerto Rican singer Daddy Yankee went one step further for his friend and accompanied him to the sentencing hearing in a case for violating the weapons law.

Upon his arrival at the Court of San Juan, Daddy Yankee was approached by the press about his presence and said that it had nothing to do with the business he had with Pina, but rather that he was attending to express his support for his friend.

“It is time for the sentence, here I am supporting the family, I am as a friend,” said the singer. He has previously manifested his support to his friend, during the trial and after Pina was sentenced back in December.

“That’s what friends are for. you would do the same for your friends”, responded the artist who added that “we will always be there” for Pina who was sentenced to 41 months in prison, which is equivalent to three years and 9 months.

Regarding the moment that Pina is going through, the singer said that “it is challenging”, but that “in life you have to give up on challenges”.

“We have been talking to him, by his nature he is worried but he feels good, he is a man who gives employment. It would be better to have it outside,” Daddy Yankee had said before the sentence of Judge Francisco Besosa was known.

“Thank God he has the power to run his business and so do I. The word of God goes above everything and gives us peace in moments of challenge,” said the artist who came to court dressed in a black suit.

The judge established that as part of his analysis he considered firearm violence in Puerto Rico when establishing the sentence, something that has been shown to influence violence prevention. In addition, he mentioned that Pina Nieves was a federal convict for a previous case of bank fraud.

Pina Nieves was found unanimously guilty by a jury on December 22 on two serious charges against him: possession of an illegal weapon and possession of a machine gun.