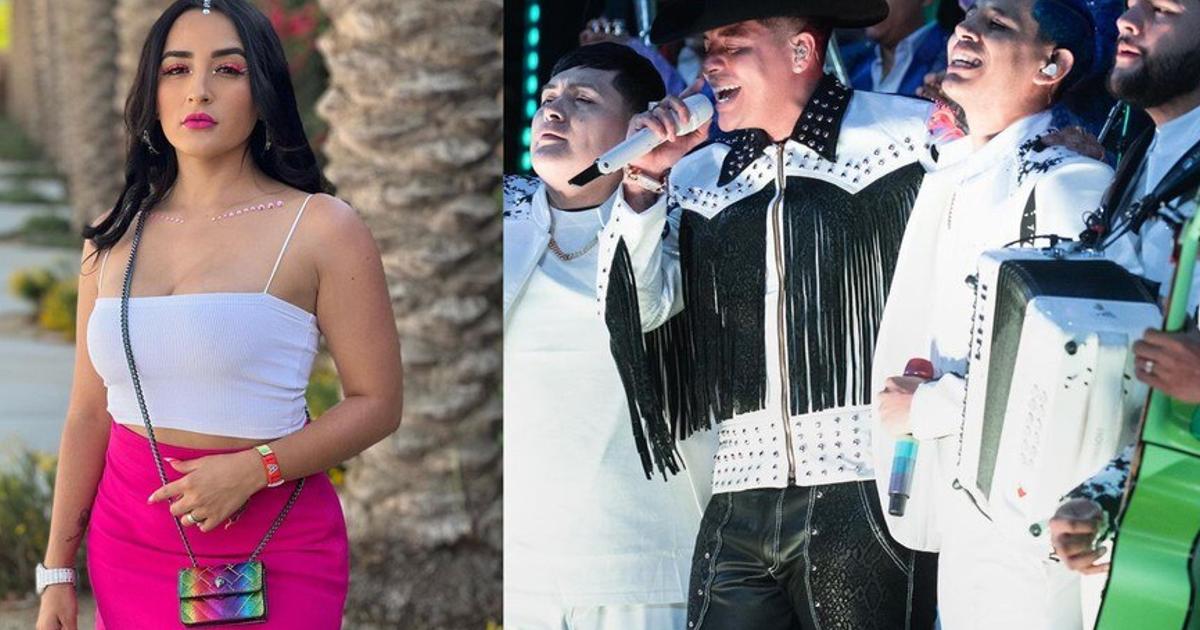 Daisy Anahy, Eduin Caz’s wife, tuned into the NFL halftime show to watch Grupo Firme’s show, and in the face of the booing, she dedicated a message to her vocalist husband.

With a brief message, 28-year-old Eduin Caz already shared her thoughts on the booing at the Azteca Stadium, but Daisy Anahy beat her to the punch.

The mother of his future third child shared a message of support for Grupo Firme and for him, as some say he looked disoriented by the booing.

The news that Grupo Firme would be performing at the NFL Mexico halftime show did not make many people very happy, and this was evident when they began to boo them.

Although Grupo Firme only sang three songs, the boos were present, and some attendees said that Eduin Caz seemed “out of sorts” with them.

And no doubt, just as it was experienced while performing live, it was seen on television, through which Daisy Anahy, the 28-year-old singer’s wife, reacted to what happened.

Without mentioning that she noticed the booing, Daisy Anahy was at home with her children tuning in to the NFL Mexico halftime show.

Afterward, she sent a message to the group and her husband, showing her support and admiration for them.

“You are the best, Grupo Firme. All my respect and admiration for the great artist that you are Eduin Caz. We love you with all our soul”.

When she tuned in at halftime when they sang “Ya supérame,” which was her second performance on stage.

Daisy Anahy even organized with friends for the NFL and Grupo Firme with Eduin Caz but ended up being booed.

Did they think they were going to have total acceptance? Grupo Firme was surprised when they were greeted with boos at the Azteca Stadium.

But it seems that they didn’t expect that, especially because of the great success they had had months ago in Mexico, because even Daisy Anahy organized a meal to watch the NFL.

Before halftime, Eduin Caz’s wife shared that she was at a “reunion with friends,” with whom she enjoyed the NFL Mexico game.

After that, Daisy Anahy was surprised by the booing of Eduin Caz’s band at halftime of the football game at the Azteca Stadium.