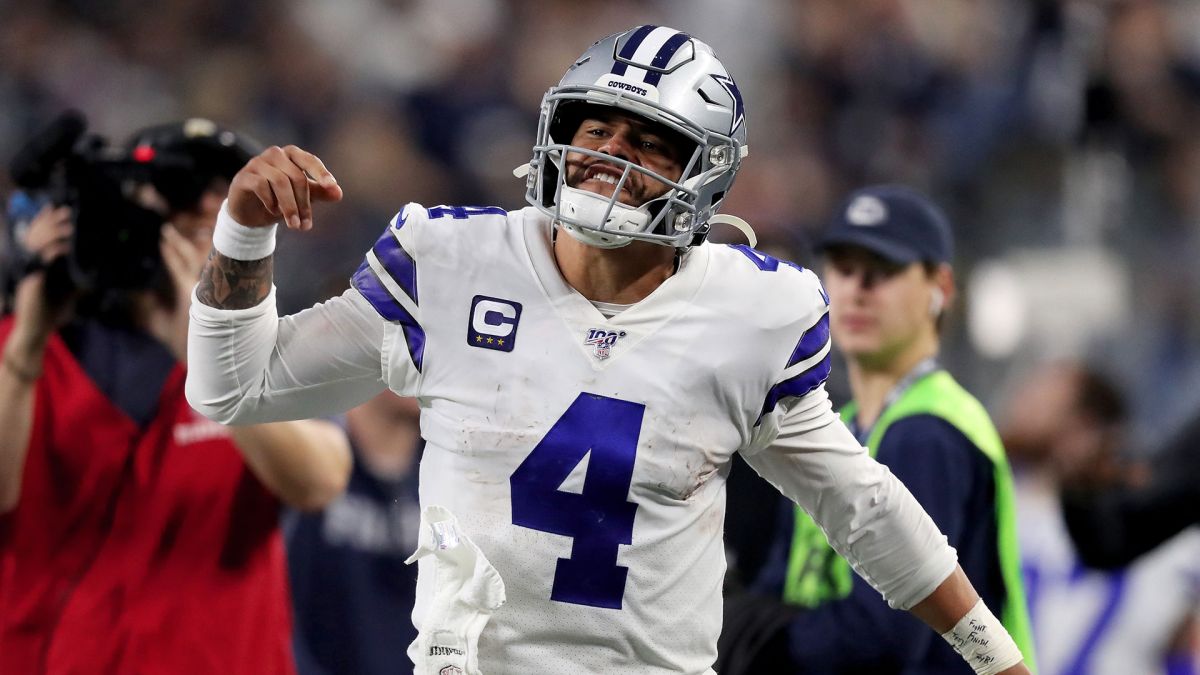 The quaterback Cowboys ‘Dak Prescott set the franchise record for the most touchdown passes in a year on Saturday in Dallas’ 51-26 thrashing of the Philadelphia Eagles in Week 18 of the NFL.

Prescott hit five touchdown passes, reached 37 on the season and broke the plus mark touchdowns in a year that belonged to Tony Romo since 2007 with 36. He also added his eighth game with at least three touchdown passes.

The Cowboys, with a record of 12 wins and 5 losses, Eastern champions, still have a chance to be number two in the NFC and receive in their first postseason game, although they require three combinations.

The combinations are: that the 49ers, the Phanters and the Seahawks win this Sunday in their respective games the Rams, the Buccaneers, both with 12-4, and the Cardinals, 11-5. They will be third if only the Rams and Arizona lose.

The Eagles, 9-8, second in the East, have NFC playoff ticket seven, They aim for sixth if the Rams beat San Francisco and the Saints beat Atlanta.

Philadelphia could not count with 10 starting players reported with an injury, among which their passer Jalen Hurts stood out, plus another 11 who tested positive for COVID-19; Dallas had five absences.

With three minutes before the break, the Eagles, the best rushing attack in the NFL, matched 17-17 with a run by Kenneth Gainwell. From there, everything went to Texans.

The Cowboys regained the lead, 23-17, sending Prescott to the diagonals, now for Dalton Schultz, 23-17, and extended it 30-17 with another touchdown pass to Schultz. In the third quarter the local squad approached with a 30-20 field goal.

Dallas moved away 37-20 in the fourth quarter on Prescott’s fifth touchdown pass, which this time Corey Clement caught and they got seven more points, 44-20, on a run by Ito Smith.

The 51-20 was achieved with a rushing score by JaQuan Hardy. The Eagles approached 51-26 with a pass to Quez Watkins.

Cowboys running back Ezekiel Elliott consumed 87 yards in this game, his fourth season with more than 1,000 rushing yards.

After more than 900 days inactive, an NBA star returns to the courts