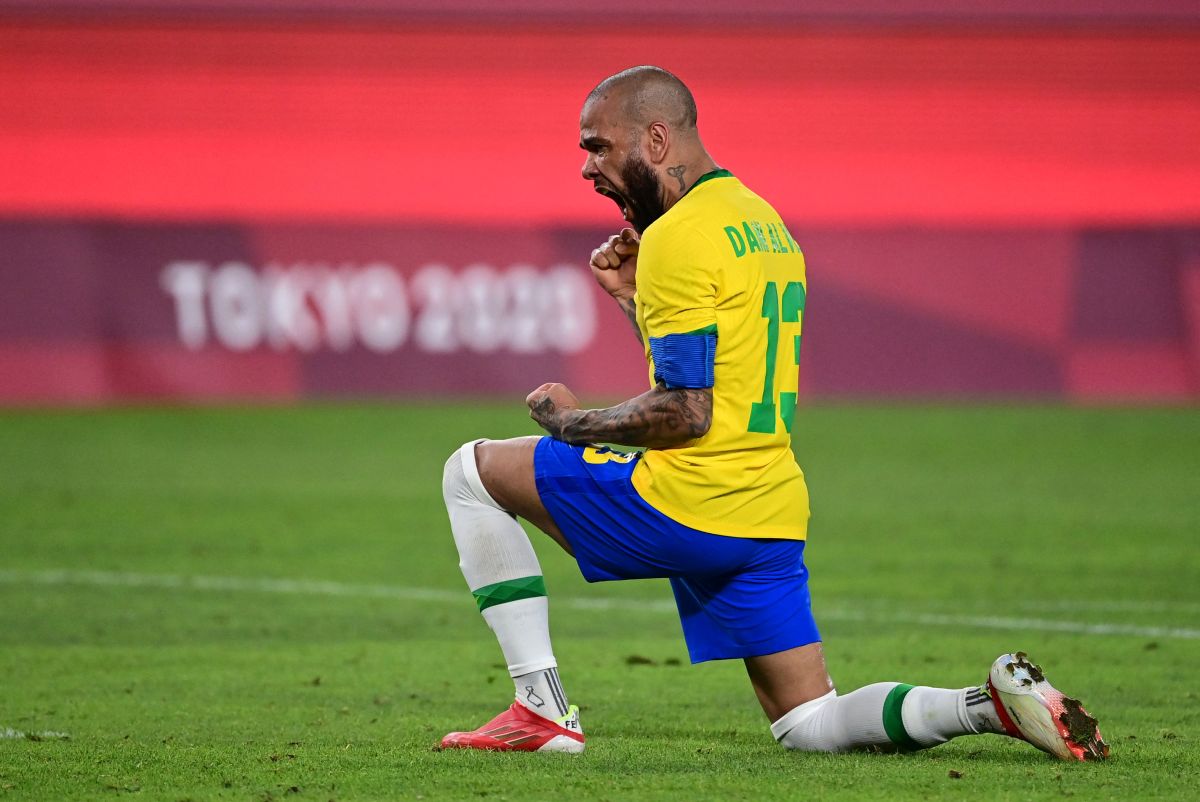 The arrival of Dani Alves to Pumas is already a fact, after several days of rumors and negotiations. But Long before, the Brazilian had declared his love for Aztec football on camera.

It was in an interview during the edition of the Tokyo 2020 Olympic Games in which Dani Alves confessed that he would love to play for gold against the Mexican National Team, since It was a school that he had followed for a long time.

“I am excited to play against MexicoIt is a school that I have followed for a long time and I love it like all schools that have a good deal with the ball, which I am in love with, ”said Alves in an interview with Marca Claro.

In the same way after defeating Mexico with Brazil by the penalty shootout, Alves did not hesitate to praise El Tri and his school, which he described with great personality and ended with a fun “Viva México Cabrones”in solidarity with the Aztec team.

In Tokyo 2020 Brazil ended up winning the gold medal in the final against Spain and Dani Alves adding another title to his record.

Arrival of Dani Alves to Pumas

Yesterday the Pumas announced the arrival of the historic Brazilian winger through a short video on social networks that said: “Dani Alves we are waiting for you”.

Without a doubt, he becomes the second most important signing in the history of Mexican soccer, taking into account Ronaldinho and his time at Gallos Blancos del Querétaro.

The fans of the university squad look forward to seeing the soccer player with the highest number of trophies in history, dressed in the colors of the Pumas.

The experience of Dani Alves to Pumas

Dani Alves joins Eduardo Salvio as a pair of luxury reinforcements for the team led by Argentine Andrés Lillini.

Despite his 39 years, Alves does not come to Pumas to retire, on the contrary, he must give his best because his main goal is to play in the Qatar 2022 World Cup and raise the only trophy that is missing from its showcases.

And if that was not enough the signing of the brazilian is endorsed by the coach Tité who is in constant communication with the right side in the face of what could be a possible World Cup call.

Dani Alves arrives at Pumas to contribute his experienceto continue adding titles and enlarging his legend that has him as one of the best historical players in his position.

. David Faitelson celebrates the arrival of Dani Alves to Pumas: “he has stolen a craving from the MLS and also from America”
. Bombshell! Pumas makes official the signing of the year in Liga MX: “Dani Alves, we are waiting for you”
. What can Dani Alves contribute to Mexican soccer?