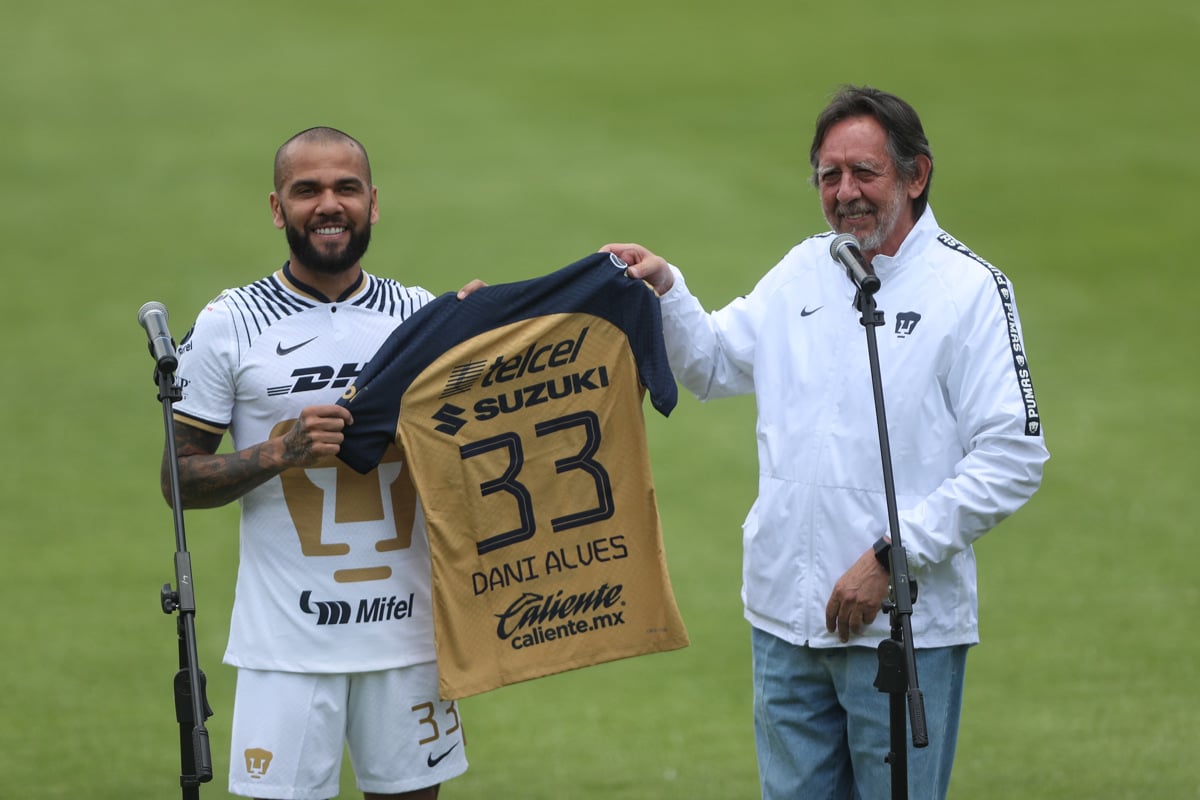 Experience, hierarchy and many titles in his backpack brings Dani Alves to Pumas UNAM of Liga MX. The Brazilian, and the greatest winner in the history of professional soccer, lived his first full day as a university player and recalled that his life has a special moment in store for him.

FC Barcelona is and will be an important club for Alves’ career, with them he won the Champions League and all the tournaments he played. And, despite not having the exit that he would have wanted from that club in his second stage, he will have the opportunity to return to the Camp Nou with Pumas to say goodbye to the Catalan fans.

On August 7th the Joan Gamper Trophy will be played and Pumas turned out to be the guest of the Catalans after the refusal of AS Roma. For those things in life, Dani Alves came to the Mexican team and will be part of the expedition.

“Life gives me this. I will be able to say goodbye as I would have liked”he explained in an interview to TUDNNews.

“The penultimate time I was there they took me out the back door. Then it was because my contract ended. What’s going on? Nothing, bye. I did not expect much more because I signed for six months, ”she added.

He gives credit to Liga MX

They questioned him about the level of the Mexican soccer league and he defended what will now be his competition.

“Those who discredit it do so in the wrong way. They have very good goalkeepers and they handle the ball very well”.

He also admitted that he likes the Pumas philosophy and the way it gets involved with society: “It’s more than football, it’s a university that gives everyone equal rights. It unites society and forms people: I am passionate about that, it drives me crazy. Life is not just football, my soul has a heart and that’s why I’m here”.

He had a meeting with the team’s quarry, presented that he will play with the 33 shirt and made it clear what he will want to leave in Pumas: “I am a person who likes to leave a legacy to the younger women, so that they can continue fighting and dreaming.”

He also greeted Argentine Eduardo ‘Toto’ Salvio, who was the club’s bombastic signing before his arrival. With him he will try to make an explosive pair on the right side.

You might also be interested in:
– He is very crazy! Alves appeared with the Santos mask on his arrival in Mexico City (Video)
– Pumas UNAM makes it official: Dani Alves will arrive in Liga MX after weeks of speculation about his future
– Brazil’s coach gave the go-ahead for Dani Alves to go to Pumas, and negotiations are progressing