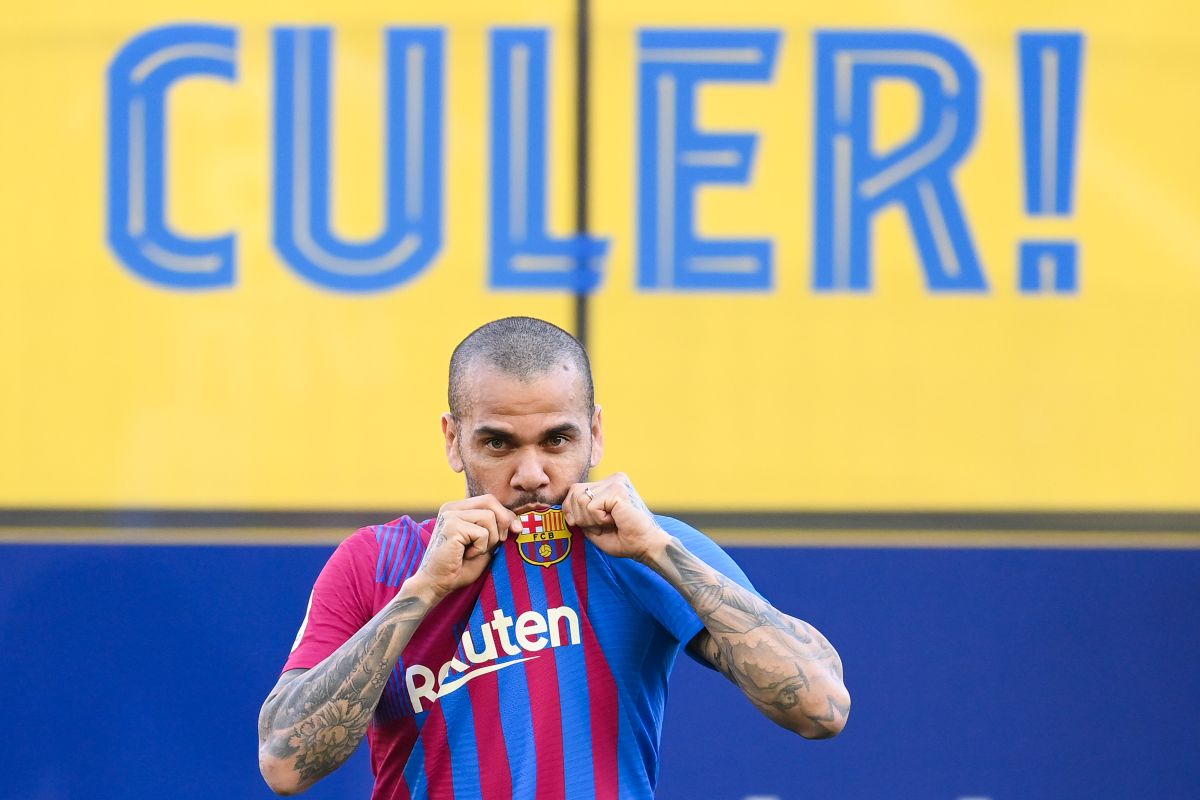 Despite having a long history in the football of the old continent and with a record of more than 40 champion trophies, Dani alves he felt at yesterday’s meeting like a real child who is wearing a shirt of a big club in Europe for the first time.

This is due to the fact that the Brazilian returned to defend the Barça shield in an engramado for the first time, after five years when he finished his first cycle in the Camp Nou in 2016, heading to Italy and being part of the Juventus of Turin.

Alves, with the historic number eight of Andrés Iniesta behind him, jumped onto the field of Municipal Stadium of Linarejos, located in the province of Jaen. After finishing the meeting, the Brazilian highlighted: “It has been magical, it is a very special day for everything.”

“It is a very special day for everything, for coming back, for reliving moments in the League, in the Cup… it has been magical. We have made a great effort, you have to learn to compete and fight until the last moment, and only those who fight win“Added the Brazilian to the press.

The 38-year-old footballer played the 90 minutes and was one of the leaders of the game on the field. But that is not the most attractive, but also performed 96 interventions, achievement 60 passes with an 88% success rate, eight centers, gender two occasionsgoals and won nine duels; numbers that demonstrate its greatness.

“Xavi put together a scheme to have more game and more output, I am between lateral and middle, filling spaces, it is a position that I dominate, having such quality people by my side makes things easier“, Finished the side.

In this way, in the Barcelona harmony atmosphere is breathed by the arrival of the veteran footballer, who in his first stage harvested 23 titles and he became one of the best players in his position, in the football of the old continent and with his national team.

–Fanático had the opportunity of his life: Take free everything he could from the new PSG store [Video]