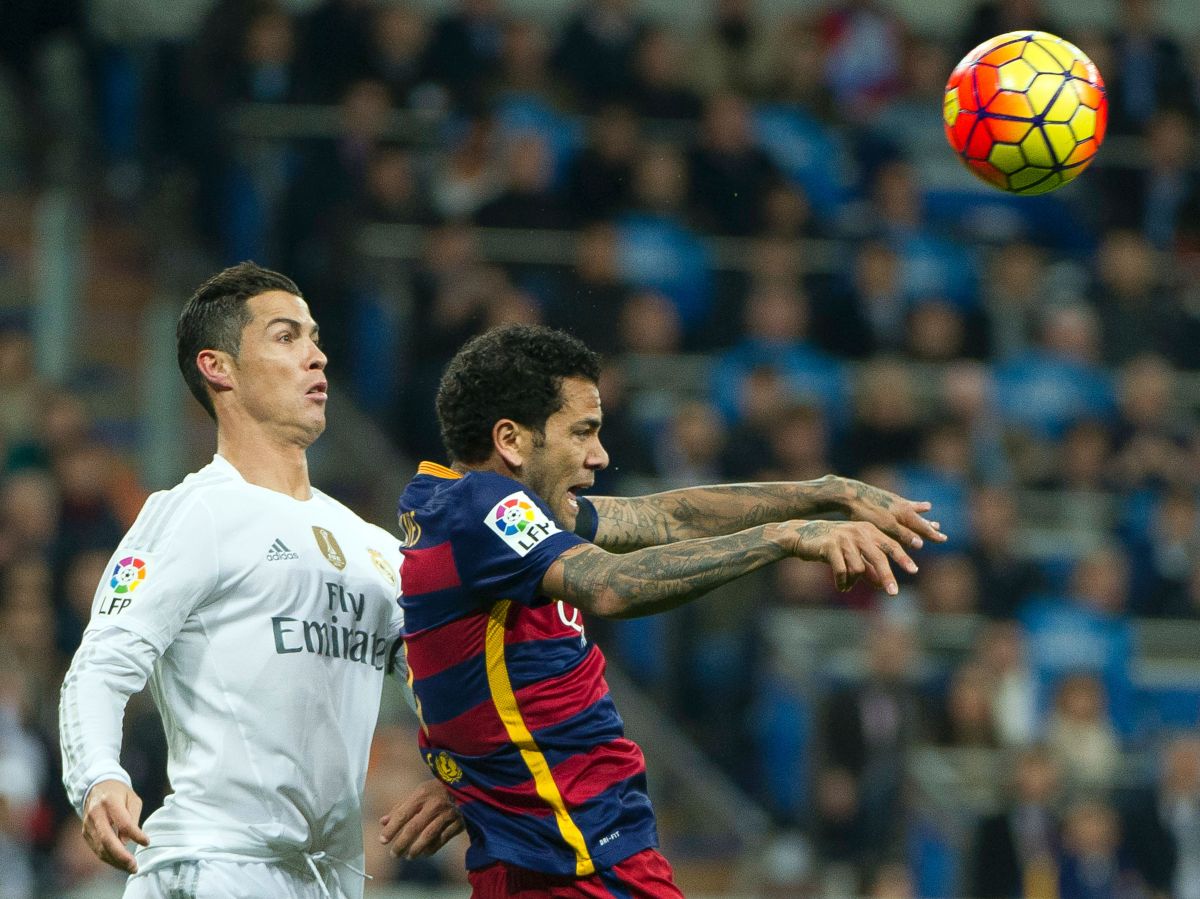 The rivalry between FC Barcelona and the Real Madrid, It has left great sequels among some players who, no matter how professional they may be, also have negative gestures towards the soccer players of their eternal rival of football on the old continent.

On this occasion, all the focus of attention is on Cristiano Ronaldo, current player of Man Utd and that he had an exalting passage through the Real Madrid. However, the Brazilian Daniel Alves He wanted to tell a secret of a fact that he lived with the Portuguese in a gala of the Golden Ball, after the Portuguese scorned him a greeting.

“There came a time due to the rivalry that I approached him to greet him and he did not greet me. There was a controversy that never came out, but in the Ballon d’Or dressing room we had a scuffle, I greeted everyone and he didn’t greet me because of what Barcelona-Madrid was generating outside “Dani Alves commented.

Despite this, one of the best right-backs in the world has also taken the opportunity to surrender to the Portuguese, since he is a footballer who has worked hard throughout his career and that is very similar to him.

In addition, he also took the audacity to compare him with the Argentine star Leo Messi and to the surprise of many, the defender has preferred to get closer to Cristiano Ronaldo because he is a footballer who has worked to be one of the best.

“How can I not respect a guy who got everything based on work, throwing balls at him? I identify with him, because everything I did in my life was based on that. If you were to make a comparison, as a player I am closer to Cristiano than to Leo because of the work, not because of the talent, because Leo is a born talent, who was born with the talent to play football and to be in another world than just he gets”. the Brazilian continued.

“I love Cristiano. Now that we are no longer in Barcelona and Madrid, it seems that I can speak, because it always seemed that I could not. Cristiano exemplifies, for all of us who don’t have that much quality, that with hard work you can also compete against the best. I respect him a lot and I had the opportunity to tell him.” Dani Alves finished.

In this way, the statements of Daniel Alves demonstrate once again his greatness and the respect he has for Cristiano Ronaldo In addition to your admiration. In addition, beyond everything that he lived in the city of Barcelona and in each Classicit will always be important to assess the Portuguese’s commitment.