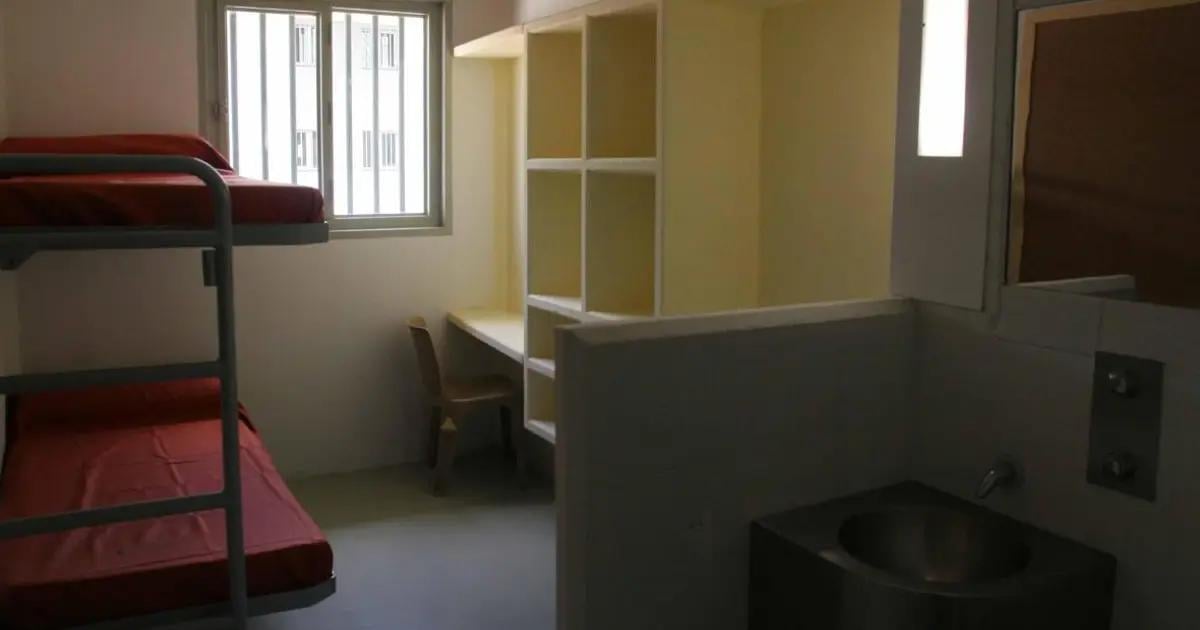 Last Friday, the head of the 15th Court of Barcelona ordered provisional imprisonment, without bail, for the former Barcelona player and Brazilian international Dani Alves, accused of a crime of sexual assault.

On Friday, the footballer was transferred to the penitentiary center Brians 1, inaugurated in 1991 and located in Sant Esteve Sesrovires. And after spending three nights in that prison, this Monday, the ex-player of Sevilla, PSG, and Juventus, among others, has been transferred to another center.

This morning Dani Alves has left Brians 1 and is already in Brians 2, the neighboring prison, which has better-equipped cells that guarantee the “safety” of the inmates and the “normal coexistence in the center.” He is in module 13, dedicated to prisoners for crimes against sexual freedom, and at least the first days, and he will share a cell with another inmate, who will exercise the role of “trusted prisoner” whose mission is to help overcome the feeling of anguish and stress that can cause entering prison.

The Brians 2 penitentiary center was inaugurated 16 years ago in Sant Esteve Sesrovires, in the Baix Llobregat region, by the then president of the Generalitat, José Montilla, and the former Minister of Justice, Montserrat Tura.

Broadly speaking, Brians 2 stands out for its “modular and multipurpose” conception and with an architectural and functional philosophy designed so that “the inmates have a first reference space, which is the whole residential module” and, secondly, “the cell itself as a more intimate space.” This is what the Generalitat states on its website.

Specifically, the Brians 2 penitentiary center has 14 residential modules, each with three floors and 72 cells. In addition, there are two more modules “for specific services and profiles.” Each module has a commissary “with basic products for the inmates,” a medical office, occupational workshops, dining rooms, a hairdressing salon, and other services.

Regarding the cells in Brians 2, they are individual or for two people since “one of the center’s objectives is also to improve the quality of life of the inmates and their conditions of internment,” as announced on the day of the inauguration of the center. In the case of the Barcelona Model, which closed in 2017, six inmates could live together in the same cell.

Another feature of Brians 2 is that each cell has its own shower. Thus, Dani Alves will avoid having to go to communal showers. The administration is covered from any possible future complaint in case any other prisoner manages to photograph the soccer player or make public information about his day-to-day life inside the prison.

About the inmates of the center, most are convicted. Still, some are also on remand, as the footballer, and although the decision of the Ministry of Justice to transfer an inmate, as has happened with the player, is not usual, nor can it be considered an exception, as it has happened before.

Auditorium, swimming pool, mini-frontón, and even an indoor sports court

In total, the Brians 2 penitentiary center occupies a 14-hectare site. It has many other facilities, such as a communications area with 40 rooms, 30 rooms for family visits, 30 for intimate visits, eight for judges and lawyers, two for videoconferencing, and two for line-ups.

And concerning some of its most outstanding facilities, with the aim of “fostering interpersonal relationships, communication skills and participation on the part of inmates,” Brians 2 also has computer and music classrooms, an auditorium with a capacity for 250 people, an indoor multi-sports court, three mini-fronton courts, an indoor gym, a swimming pool, a central library and terraces for free activities.