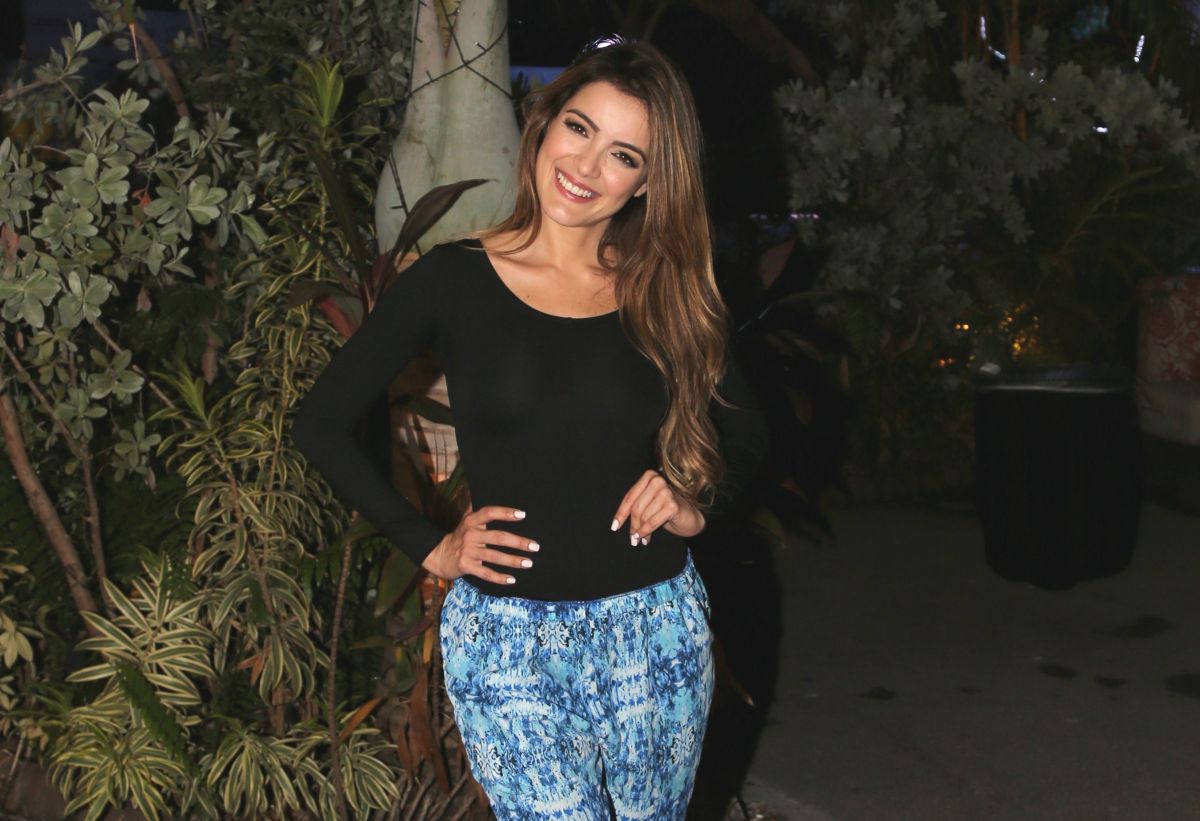 The actress Daniella Navarro during the last weeks has been one of the participants who has given the most to talk about during her participation in ‘La Casa de los Famosos’, everything took much more strength since her rivalry with Niurka Marcos was increasing to the point to be eliminated a week ago. Nevertheless, now he made a confession in front of the cameras of Telemundo, it is a stage of his life.

“One of the worst stages of my life is coming, being abused by my grandfather and not being able to say anything at all. because I already felt that I was responsible for my mother having a broken heart and I did not want to break her heart by telling her that her father abused us and I continued to keep anger in my heart, “he said during the reality show.

“My mother gave me the one who is my best friend today, who is my sister, and I decided not to break the happiness that this had brought to the family and I kept it until I was 25 years old,” he said on Telemundo.

In turn, she took the opportunity to comment that while she was married she did not live the best moment of her life, after having legally shared her life with her husband, who made her feel much worse and ended up doing things she regrets.

“As I got married so young, my emotions and my self-esteem, which did not come in very well because of everything they have already seen, was not reaffirmed and Instead of helping me, this person made it worse and I started doing things I shouldn’t do, such as putting substances in my body that weren’t correct, injecting (into) my legs. for trying to compensate for the standard that was not mine, “explained the actress.

Navarro explained that she went through a serious health problem that endangered her or her daughter’s life, to which she replied that she preferred to stop undergoing treatment so that her little girl would not be born with any kind of problem.

“With the arrival of my princess, I began to suffer a problem in my legs when I was pregnant and there was a risk that if I had treatment my daughter could come with some condition. Was it that my daughter was fine or was it my legs and I decided that it was my daughter and I did not want to do more treatment, “said Navarro.

After the difficulties in her legs and knowing that they wanted to amputate one of them, she traveled to Venezuela where she was treated by another specialist who continues to help her up to now. Well, he has some medications that have allowed him to continue having both parts of his body.

“In 2019 a doctor said that he could no longer do anything for my legs and that so that I would not have a thrombosis or something related to the heart they would have to cut a piece of my legs. My mother and I worked until we couldn’t… I said that if they were going to remove a part of my body, they should do it in my country, ”she said with tears on her face.

It may interest you:
· Mother of Daniella Navarro defends her against the accusations to which she was subjected by Niurka Marcos
· Daniella Navarro left her butt exposed and this was Toni Costa’s reaction
· Differences by religion? Alicia Machado rejects the alleged threats of Niurka Marcos