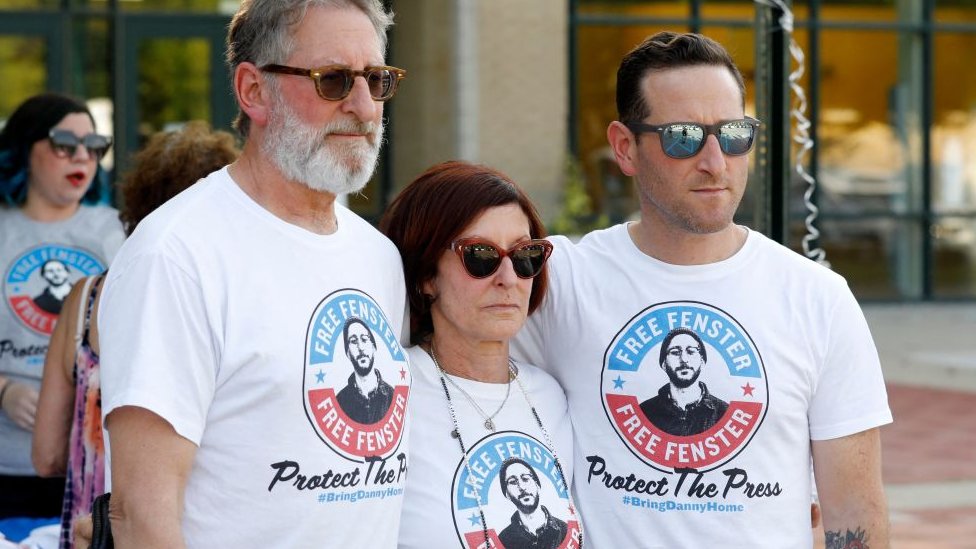 A military court in Myanmar on Friday sentenced American journalist Danny Fenster to 11 years in prison.

Fenster was found guilty of violating immigration law, conspiracy and encouraging dissent against the military.

Earlier this week he was indicted on two other charges, including sedition and terrorism, which would carry a maximum sentence of life sentence.

He will be processed for these new charges as of November 16.

Who is this journalist?

Fenster, 37, was the editor of the Frontier Myanmar online site. He was detained last May at Yangon International Airport.

It is one among dozens of local journalists who have been detained since the military coup in Myanmar in February this year.

According to Frontier, Fenster had previously worked for Myanmar Now, an independent news site that has been critical of the military since the coup occurred.

“The charges were based on allegations that he worked for the banned outlet Myanmar Now. Danny had resigned from Myanmar Now in July 2020 and joined Frontier the following month. At the time of his arrest, in May 2021, had been working with Frontier for more than nine monthsFrontier communicated.

“There is no basis to try Danny on these charges.”

His sentence this Friday comes months after the arrest of a Japanese independent journalist in Myanmar, who was accused of spreading false news.

Yuki Kitazumi, who works for many of the major news outlets in Japan, he was one of the few foreign reporters in the country.

Myanmar authorities maintain that Kitazumi broke the law, but released him after Japan’s request.

Danny Fenster’s trial took place behind closed doors, literally inside Insein prison, where he and many other detainees have been held captive since the February coup.

We only know what your lawyers tell us about the procedure.

However, the military charges against Fenster they are clearly absurd.

The prosecutor said they are related to his employment at the independent news site Myanmar Now, one of five media organizations that the military attacked after the coup and canceled their licenses to broadcast.

His attorneys made this clear in court on a documented basis, but this evidence was ignored by the judge, which granted the maximum sentence for the three charges against him.

But why is the military junta going after an American journalist in this way, even adding more serious crimes to him this week?

The Biden Administration Has Increased Pressure On The Regime, in particular through sanctions against high-profile military officials, calling for the restoration of the elected government.

It’s hard to see the United States soften its stance to try to get Fenster out of the country.

Perhaps the military is waiting for a gesture, a photo with some US official, to consider that it would be worth releasing the journalist.

Also send a chilling message to all journalists in Myanmar. If they are willing to snub a superpower like the United States and take one of its citizens hostage, the treatment of local journalists can be even harsher.

As always with Myanmar generals, their true motives are hard to guess.

The United States has lobbied the military junta to release Fenster.

In a statement prior to sentencing, the US State Department said that “the profoundly unjust nature of Danny’s detention it’s obvious to everyone. The regime should take the prudent step of releasing him now. “

However, there has been no pronouncement after the sentence.

Phil Robertson, Asia Deputy Director for Humans Right Watch, told the BBC that the verdict had been “a travesty of justice” intended to intimidate all journalists still working in Myanmar.

The blow that unleashed the sentence

Myanmar’s military leaders seized power in February after being massively defeated in elections by the National League for Democracy, then the ruling party.

The board claims that they had no other option but to orchestrate the coup due to widespread fraud in the elections, despite the fact that the electoral commission assures that there is no evidence to prove such a claim.

The blow caused large civil protests across the country which were dispersed by the military using brutal force.

Since then, at least 1,178 people have been killed and 7,355 arrested, charged and sentenced in a campaign against dissent, according to the Association for the Assistance of Political Prisoners (AAPP).

About 80 journalists have been arrested for doing his job. According to AAPP, 50 of them are still in detention and half have been processed.