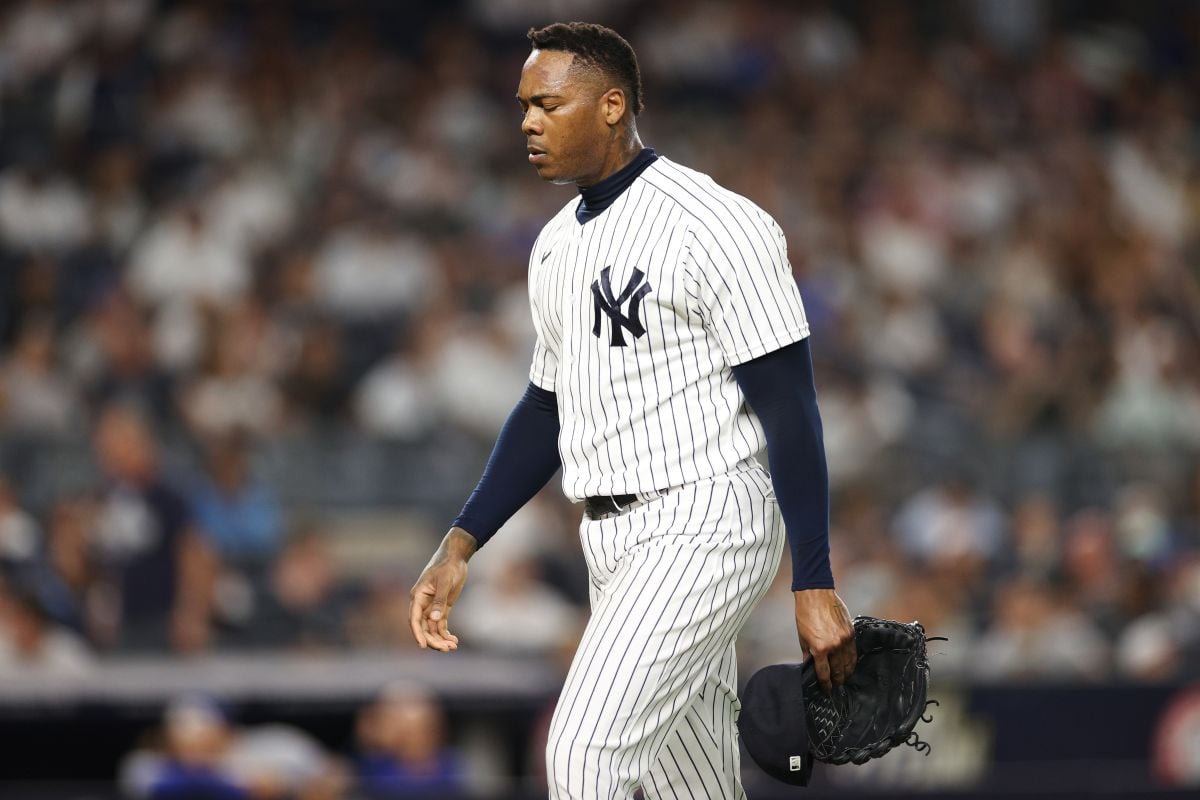 Hispanic reliever Aroldis Chapman seems to have his days numbered in the New York Yankees after, according to close reports, the Manhattan-based team is considering putting the pitcher on assignment for the Major League Baseball playoffs.

With the qualification to the postseason assured, the Yankees are moving their pieces, and one of the sacrificed would be Chapman himself, who this season lost his position as the team’s closer, which Clay Holmes took.

According to journalist Joel Sherman of The New York Post, the Yankees are considering not counting on the Cuban and sending him on assignment.

If the Yankees would move, they could put Chapman on waivers so that another division could take him, send him to the minor leagues, or release him.

Another aspect to consider is that the right-hander is in the last year of his contract with the Bronx in 2022, so due to his poor performance, the Yankees would seek to accelerate his departure as soon as possible.

In addition, unofficial sources have commented that Chapman would have problems with the pitching staff of the Mules and with manager Aaron Boone himself, in part because he was sent to the disabled list after a tattoo he got infected, in a key part of the season where the Yankees were fighting for first place in the Eastern Division of the American League.

Chapman’s dismal numbers this season would be the key reason why the right-hander would not even be considered part of the Yankees bullpen; in total, he accumulated 39 appearances with only nine saves and a high 4.36 ERA.

If it were to materialize, it would be the second significant transaction that the Yankees would make in the last hours after this Saturday they put on an assignment for the Dominican Miguel Andujar, and he was taken by Pittsburgh Pirates this Sunday.