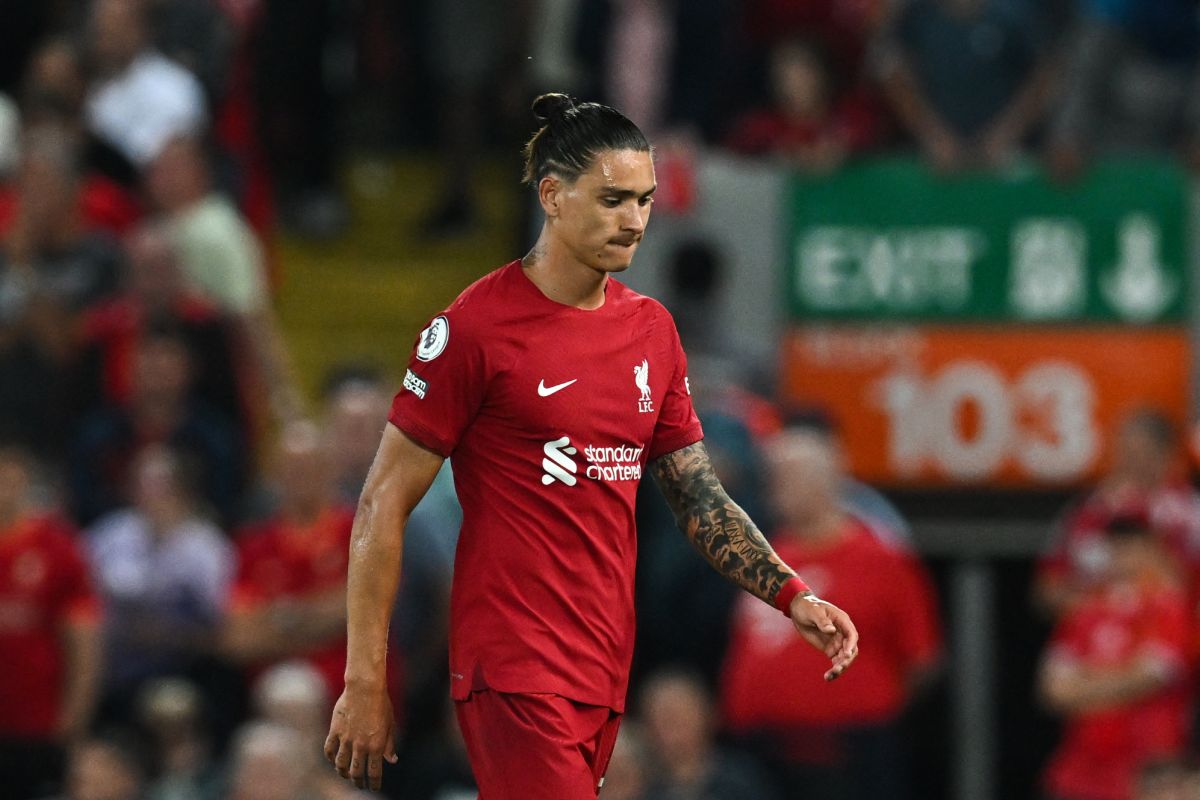 The Uruguayan winger Darwin Núñez took to social media to apologize for his gesture last Monday in the match against Crystal Palace for the Premier League, where he was expelled after headbutting his rival.

Núñez’s expulsion was momentous as it left Liverpool outnumbered in the 56th minute of the match and if it weren’t for Luis Díaz’s amazing goal four minutes later, Liverpool would have lost on their debut at Anfield.

In the action, the Danish Joachim Andersen took advantage of the fact that the Latin American put his head in front of him to throw himself to the ground and the referee ended up buying the aggression and showing him the red card.

That’s why Nuñez clarified in networks that “he is aware” that his action harmed the team and ensures that it will not be repeated again.

“I am aware of the ugly attitude I had. I’m here to learn from my mistakes and it won’t happen again“He said on social networks of the new Liverpool striker.

“Apologies to everyone at Liverpool, I’ll be back“He added in another of the publication made through Twitter.

Another who also spoke of the red card that Núñez received was Kloppwhich assured that the player already knows that he should not react like this.

Now Liverpool will have to face their next match in the Premier League without Núñez, against Manchester United, with the obligation to get the three points for the first time in the season after the draws against Fulham (2-2) and Crystal Palace (1-1 ).