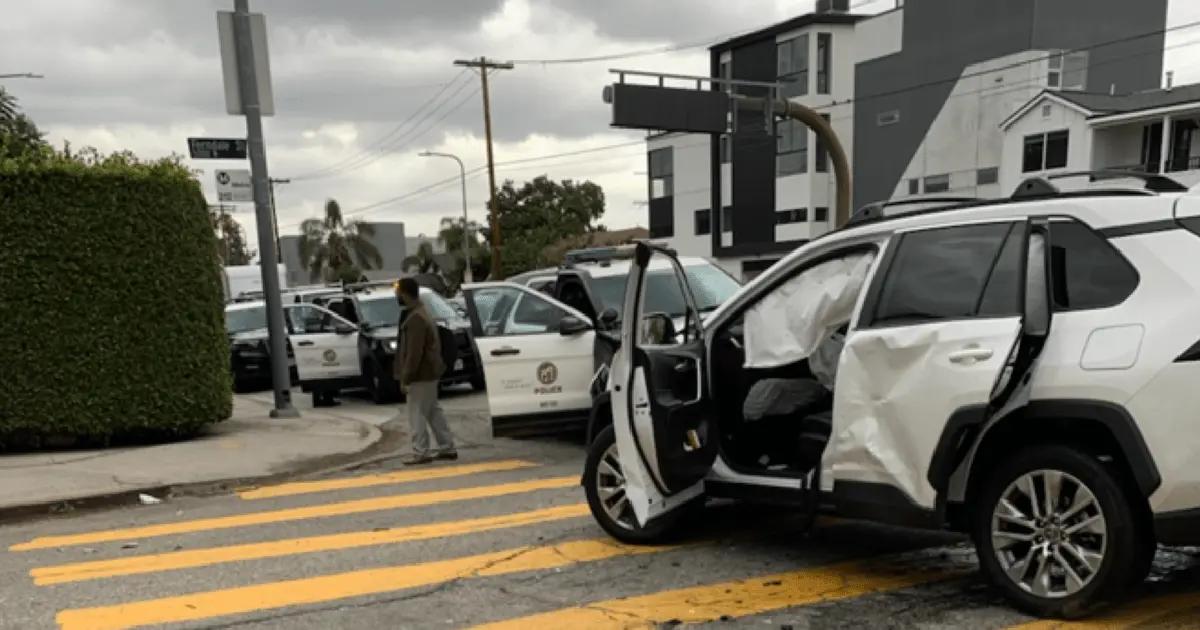 A daughter of Los Angeles Mayor-elect Karen Bass was injured Thursday morning in a hit-and-run accident in the West Adams area.

The crash was reported shortly after 9 a.m. Thursday near the intersection of Adams Boulevard and La Brea Avenue in the community west of downtown Los Angeles.

Bass’s daughter was taken to a hospital, police said.

“While driving today, one of my daughters was the victim of a hit and ran,” Bass said. “Fortunately, she was not seriously injured and is at home after being treated at the hospital. I am grateful to the first responders and health professionals who ensured his well-being. The Los Angeles Police Department is investigating the circumstances of this incident.”

Four men ran out of the van, police said. Authorities are reviewing video from security cameras.

Photos from the scene showed a damaged white SUV with its airbags deployed.

No arrests were reported.