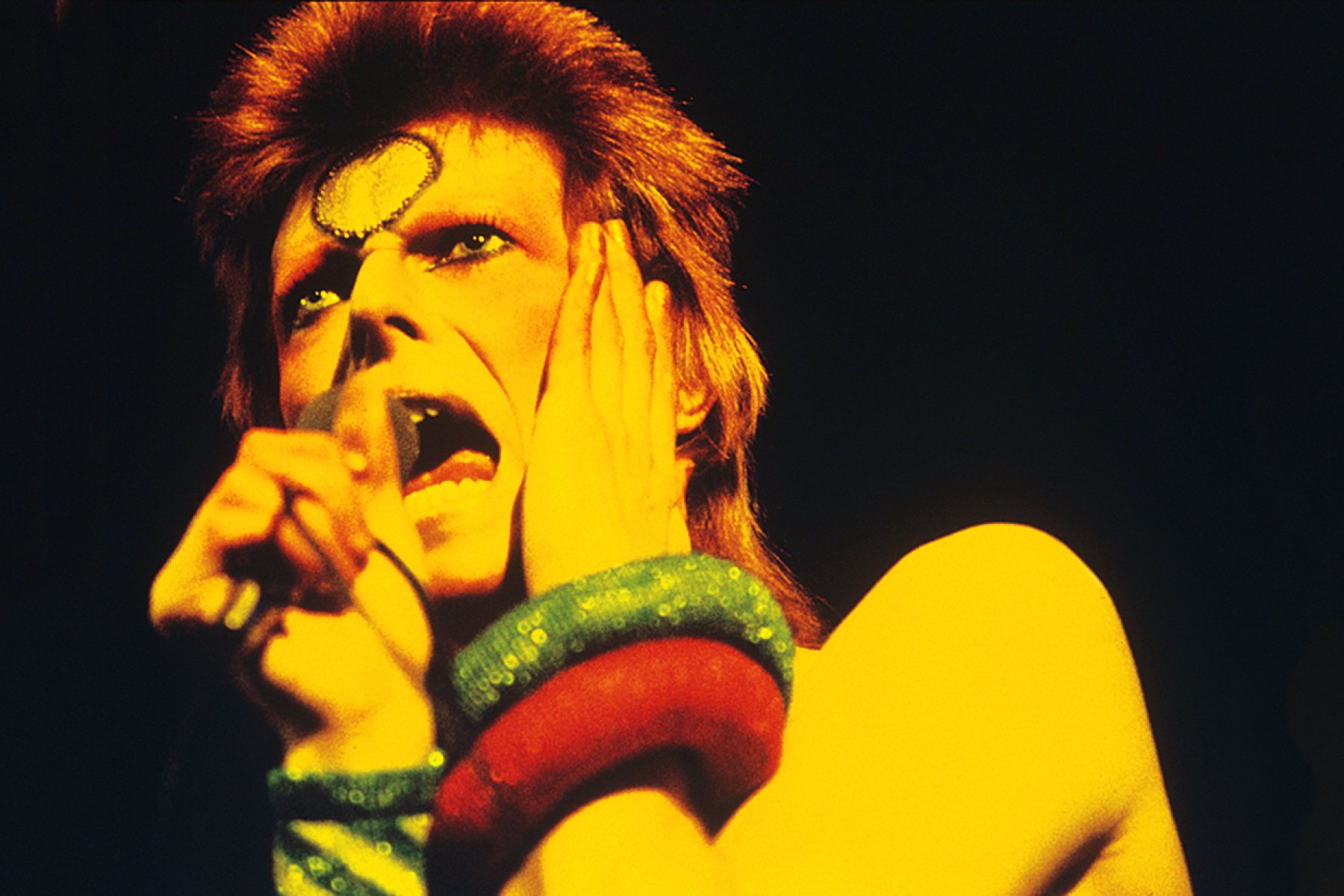 During an interview, David Bowie said the Beatles inspired his hitspace oddity.” Bowie subsequently contrasted his lyrics with John Lennon’s. Bowie also explained why he drew from other artists in his songs.

According to the book Bowie on Bowie: Interview and Encounters with David Bowie, the “Let’s Dance” singer discussed his music in a 1973 interview with NME. NME noted the use of puns in “Space Oddity.” “I must own up to The Beatles for creating that kind of feeling,” Bowie said. “The one thing that I really adored about [John] Lennon’s writing was his use of the pun, which was exceedingly good. I don’t think anyone has ever bettered Lennon’s use of the pun.”

Bowie compared his use of puns to Lennon’s. “I played on it more; Lennon would throw it away in one line,” Bowie opined. “I tend to build a song upon it. I treat my puns a lot more seriously.”

Why David Bowie drew influence from other singers

Subsequently, Bowie discussed his relationship with other artists’ music. “I have to interplay with other writers, because I’ve always been a fan,” he said. “If I wasn’t a fan, I’d probably be far more individual — the other kind of individuality where it’s very, very ingrained in the self.”

Bowie further elaborated on why he lifted elements of songs by other musicians. “Because I’m very involved with society on my level, I have to use the tools that the present society has been created with, musically,” he stated. “That’s why, I lift from — and use — and am intrigued by — other writers and their music.”

The way the world reacted to ‘Space Oddity’

“Space Oddity” introduced the character of Major Tom, whom Bowie revisited in some of his later songs such as “Ashes to Ashes” and “Blackstar.”

Lana Del Rey quoted from “Space Oddity” in her single “Terrence Loves You.” “Space Oddity” was a huge success — and it might not be the same without The Beatles.