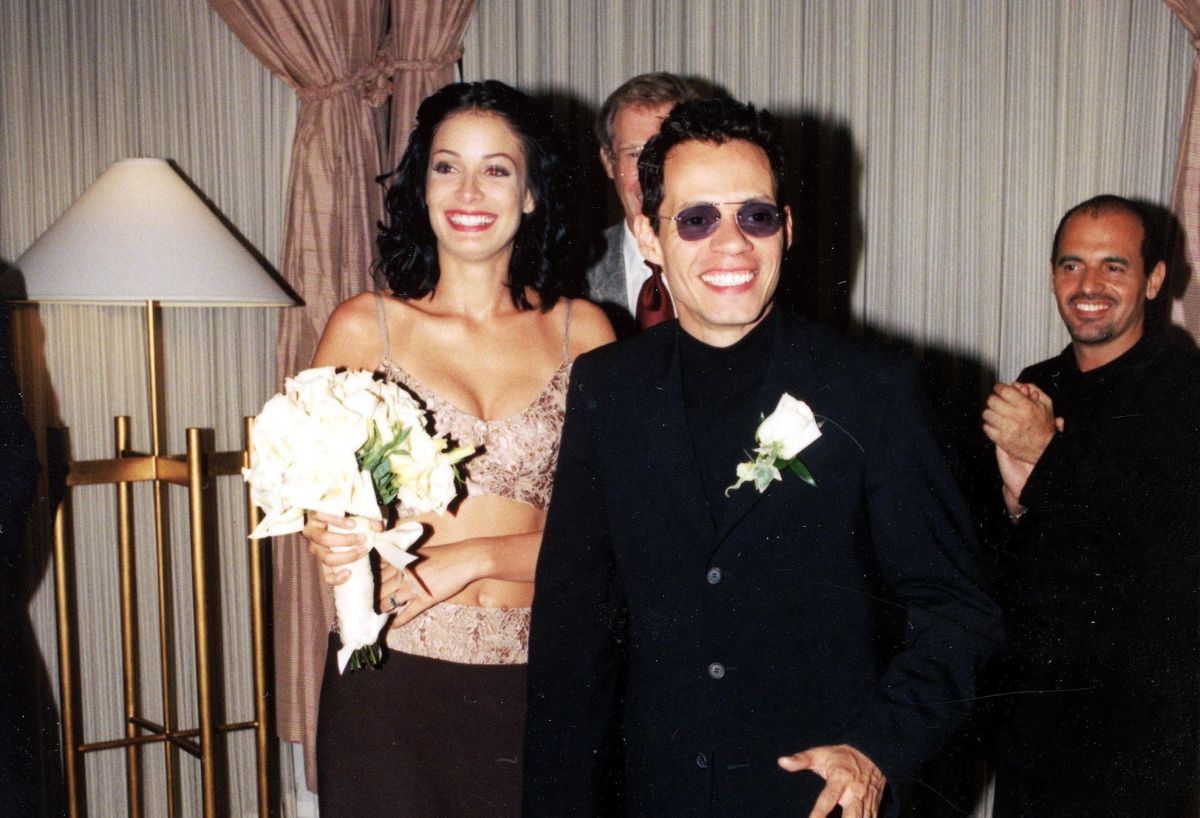 Dayanara Torres confesses that Marc Anthony turned her into a submissive woman, and did not even let her drive, and was even afraid to speak. For the first time she confesses this stage that she lived with an end with so much pain and depression.

Where? in the second part of the talk he had with Giselle Blondet, for his Podcast ‘What is not spoken’.

In the first part, Dayanara talked about her childhood, her humble life and the bullying she had suffered. Now, they have already touched on more adult themes, of love, her marriage to Marc Anthony where she became a submissive woman who did not speak so as not to argue; the disappointment he experienced when he thought that in adulthood he had found again love next to Louis D’Esposite, who left her by phone when he learned that the actress had cancer. And the rebirth in every way, the one for the first time allowing herself to be her, and falling in love with a man who celebrates her and loves to see her shine.

But to get to this point in life, he had to go through several blows, the first her marriage with Marc Anthony, whom she says she admired so much that she did not question out of fearfor ceasing to live what he was living.

“I come from the countryside, more submissive, I never disagreed, I let many things go by because I didn’t speak, I don’t like confrontation, I lived in great fear… When my license is going to expire it tells me ‘you don’t need it’… One day I could not get up, drive a car and do what I wanted, first because I let my license expire, and because someone from the entourage always drove me.and once I got divorced I had to learn”, confessed Dayanara.

The former Miss Universe opened up like never before on the Pitaya Podcast, He spoke of the depression caused by the divorce, so much so that in 20 years he only allowed himself a relationship for a few months with Amaury Nolascoand the one she thought was her Prince Charming, the president of Marvel who not only conquered her and they got engaged, but also made her two children fall in love.

“Everything was perfect, I agree, two months later I had a little spot behind my leg, but he tells me that he had to check me, he makes the appointment himself... They remove the little bit, unfortunately it was stage 3 cancer, he had to start treatmentthat was like the end of January… In February He calls me on the phone and tells me that he was very sorry, but that he couldn’t continue with this relationship, that it was too much for him. I was in shock, I am having a 77-point operation on my knee that I cannot move, when he called me on the phone to tell me that. I cried, that didn’t hurt me as much as what affected the kids“He said with a lump in his throat.

It was like that in the midst of his fight against cancer, he returned to deal with the heartbreak and failure of a man. But fate had something better planned for him. the general director of ‘Nuestra Belleza Latina’, whom she met when she dared to be her, to return to the media and enjoy and agreed to be a judge on the Univision show.

It was not immediate it took two seasons for them to be encouraged to specify what they felt, but today he knows that all of the above was worth to live this great moment. “I see it, it’s behind the camera of the show… I was in a process where I decided to be me, to shine again, to be me again, I dared to return to the public eye and without knowing it, there he wasI admire him, I feel protected, I feel encouraged, he pushes me to be better, he goes out of his way for me”, he confessed to Giselle Blondet.

And they end this second part with a nice message, the one that Blondet is looking for with this Podcast where that which is saved so much is brought out to finally heal.

“Do not give up and know that something special is beyond, you can be in a relationship that is not the best for you, but you deserve a good relationship for youi”, concluded Dayanara.

WATCH HERE THE SECOND PART OF THE PODCAST ‘LO QUE NO SE HABLA’: