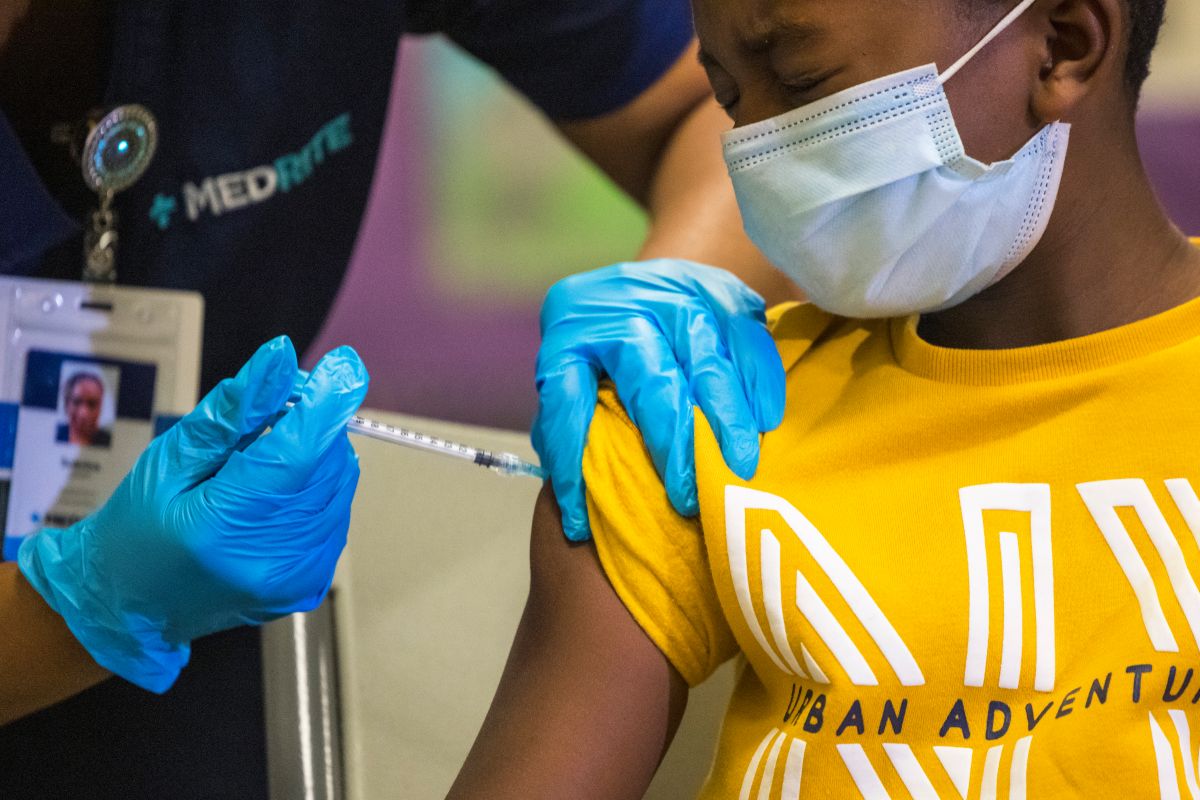 Although it was estimated that the reopening of public schools and face-to-face classes in New York City could be postponed due to the rise in cases of the new Omicron variant of COVID-19, on Tuesday outgoing Mayor Bill de Blasio reconfirmed that Without a doubt, the return to the classroom will be on January 3. And on that route he is accompanied by incoming city president Eric Adams and Gov. Kathy Hochul.

The reopening of public schools in the Big Apple after winter break will be marked by a new approach, including send rapid test kits home to all students and staff when someone in a classroom tests positive for coronavirus.

Under the new plan, students who are asymptomatic and test negative on the test they can return to classrooms rather than self-quarantine at home. They’ll do another home test in a week.

‘Stay Safe and Stay Open’ It is the slogan of the program back to classrooms, detailed by the municipal president, who in just three days will finish his mandate.

“This scheme that we are announcing guarantees more consistency in the educational process, since it will be the weight of fewer interruptions due to chains of infections. Many parents have rightly said that this has been a tremendous challenge for them. And we have the experience that what you will put into practice worksDe Blasio said.

In a virtual way, the elected mayor Eric Adams was also present in the announcement of this strategy that will be motorized to two days of assuming office, which means a significant change in preventive schemes in the educational community.

Before, when one or more students tested positive, entire classrooms were sent home to online classes.

“We are facing a sudden increase in the virus, but also an increase in more resources. When it comes to school or young people, it is essential that education is part of their overall development, their mental health, their social skills. And they can learn better when they are in class in personAdams reasoned.

The key is still the vaccine

In this new equation, the state of New York plans to ship in a matter of days two million rapid COVID-19 tests to city schools.

“We saw the failed experiment with remote teaching, and the parents who were just pulling their hair out. We support this new scheme, while we insist on continuing with vaccination as the central axis of our war against this virusGovernor Hochul stressed.

The announcement of this strategy coincides with a week in which the coronavirus cases continue on the rise in New York, due to how highly contagious the Omicron variant, also with an additional element: the significant increase in infections among children.

From December 19 to 23, they reported 184 new hospitalizations of minors and 109 of them in New York City alone.

“The ones who are getting seriously ill so far are only the unvaccinated children. That tells us that we are correct “Hochul pointed out.

In this sense the Dr. Dave Chokshi, commissioner of the City Department of Health (DOHMH), said that in this new year the objective is more quickly identify real cases and make sure they isolate themselves.

“Our data reveals that this school year schools continue to be among the safest environments in our communities. Even if the rates were somewhat higher because Omicron becomes dominant, we estimate that in the schools around the 98% of close contacts do not end up developing the disease “argued the city’s top doctor.

Indeed, the Health authorities share that for any case identified in a public school in New York City between October and December, only 1 in 120 close contacts developed COVID-19, that’s just the 0.83%.

Estimates by City authorities are that most people will likely be exposed to the new highly communicable variant of the novel coronavirus over the next six to 12 months.

“Yes OK Omicron seems to be affecting to children more than the previous variants from the coronavirus, vaccines are preventing serious diseases, ”said Chokshi.

Despite the series of arguments from the authorities, the United Federation of Teachers of New York (UFT) put some doubts on the table.

“Teachers are ready to do their work starting January 3. The real problem is whether City can do its job in such a short time. And if the new testing initiatives will be available in all schools. We also wonder if there will be an improved situation room for next week, “he claimed. Michael Mulgrew, president of the UFT in a statement.

The union leader said that they are “happy” that after weeks of pressure in both the current and incoming administrations, the COVID-19 Situation Room in schools “is rebuilding, after basically fall apart in the last few weeks ”.

“We are approaching a safe reopening of the school next week. But we are not there yet “Mulgrew concluded.

Before the holidays, hundreds of classrooms were already closed due to COVID-19 infections and eight schools were closed completely for students.

Vaccinated staff were largely unable to get tested for COVID-19 despite the rise in infections. Teachers were forced to stand in long lines to have access to a limited number of PCR tests and home kits if they had been exposed.

During the last hours, some voices from the scientific community had emerged that it was convenient given the pandemic reality during these holidays to be “prepared” to program two to three weeks of remote learning after this vacation.

For example, Donna Hallas, professor of the pediatric nursing program of the New York University (NYU), He gave his opinion in an interview to the Gothamist digital publication that “if the number of cases doubles and triples and the positivity rate continues to increase, it is probably prudent to reconsider face-to-face teaching for two weeks.”

In the streets, parents and representatives have conflicting opinions regarding the return to school as early as next Monday, with a scenario defined by the non-stop advance of Omicron.

Such is the case of the Ecuadorian Karina Lara, Manhattan resident, who has two school-age children.

“It seems crazy to me that public schools open immediately, when we have not only the increase in cases, but all the scientists are estimating that because of the Christmas and New Year meetings these days, the cases will rise. Even vaccinated people get infected “, considers Karina.

On the contrary, the Dominican Elsa Ramos, with two children aged 6 and 10 At a school in Harlem, he has another view of this measure: “Obviously we are scared, but this virus is not going to go away any time soon. We have to learn to deal with it by following a certain normality. If children don’t go to school, then parents can’t work”.

What does the Back to School 2022 plan consist of?

Where do I request the tests?