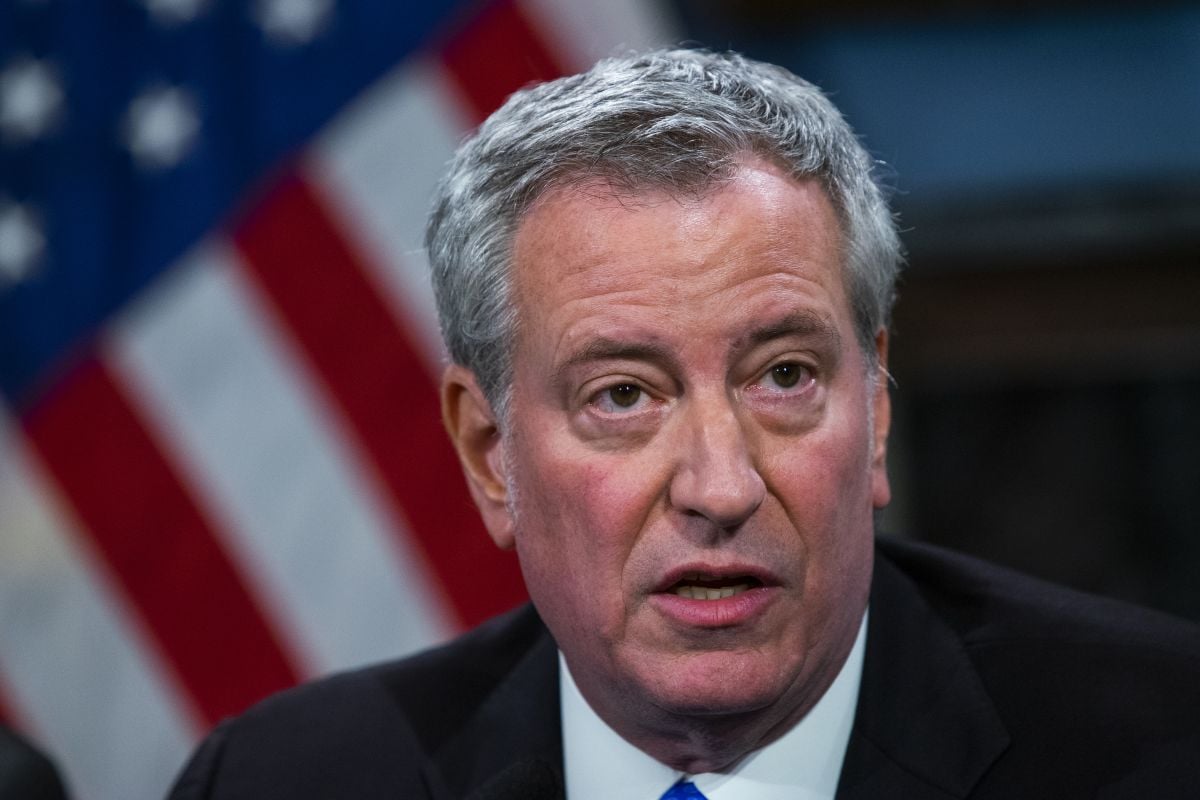 Former New York Mayor Bill de Blasio announced Tuesday that he will not run for governor in the upcoming November elections., dispelling doubts about the Democrat’s immediate political future.

“I am not going to run for New York State Government, but I am going to dedicate every fiber of my being to fighting inequality in the state,” De Blasio said in a video posted on his Twitter account.

De Blasio submitted to the Board of Elections in November the necessary documents to create a fundraising committee, and there was an expectation that an announcement would be made about it.

In this way, the former mayor will avoid facing Governor Kathy Hochul in primaries, who replaced Andrew Cuomo after leaving office due to the controversy over the sexual harassment complaint he faced.

De Blasio’s announcement, whose term ended on December 31, came from his neighborhood, and he recalled that it was there where nine years ago he announced that he would run for mayor, and where he raised his children.

“We show that together we can achieve great changes“, pointed out De Blasio, who reported that in the coming days he will give more details about his plans.

New York Attorney General Letitia James announced that she would run for the job; however, two days later he reported that he was withdrawing his candidacy.

During his controversial tenure as mayor of New York, de Blasio admitted mistakes, but highlighted a list of projects that he considered successful in his administration, such as the fight against COVID-19, police reform and the extension of preschool education. .

For his part, Eric Adams, a 61-year-old former police officer and former state senator, took the reins as mayor of New York on January 1, minutes after the end of the year in Times Square, under the challenge of containing the record numbers of COVID infections. -19 and the promise not to “close” the city again, despite the high rates of coronavirus infection, recently boosted by the Ómicron variant.

• Mayor De Blasio assures that his legacy will be to make New York City the safest in the country
• At midnight, the first female governor in the history of New York took office: Kathy Hochul
• Fight against the rise in crime in NYC and increase confidence in the NYPD: Adams’ big challenge in security