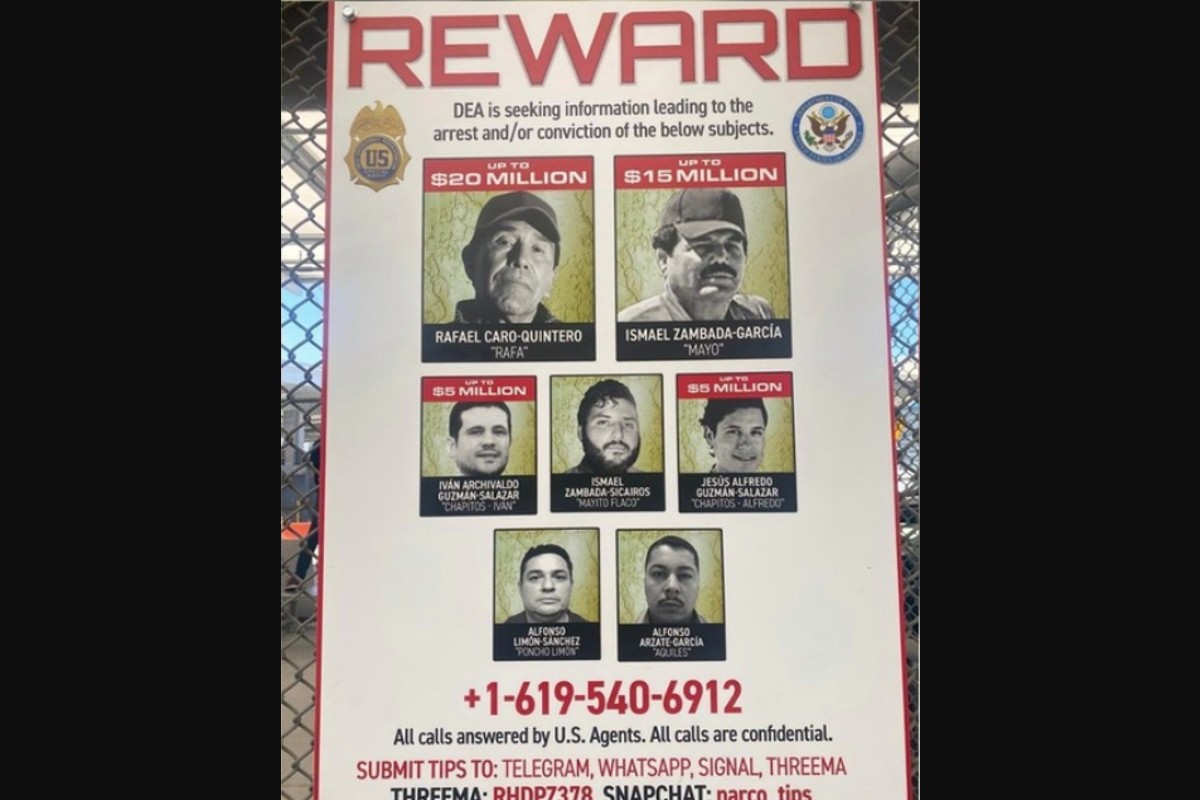 The United States government launched a new campaignthrough its Drug Control Administration (DEA for its acronym in English), against Sinaloa Cartel (CDS). It goes for seven bosses of the drug traffickingoffers $45,000,000 dollars for Ismael “el Mayo” Zambada; his son Ismael Zambada Sicairos; as well as two of the children of Joaquín “el Chapo” Guzmán. Of that reward, $20,000,000 are for Rafael Caro Quintero, the founder of the extinct Guadalajara Cartel, whom he has claimed for 37 years for the kidnapping and murder of undercover DEA agent Enrique “Kiki” Camarena.

According to the journalist, Ioan Grillo “the campaign arises in the midst of frustration over the level of fentanyl trafficking and the lack of action in Mexico.” The new poster was placed at the border of San Ysidro, regarding the Chapitos, the DEA is looking for Iván Archivaldo and Alfredo Guzmán Salazar. It was striking that on this occasion the US authorities left Ovidio Guzmán López out of the campaign, who was detained for a few hours and later released during a controversial operation by the Mexican Army in October 2019.

Those that were included were the photographs of Alfonso Limón Sánchez, alias Poncho Limón; and Alfonso Arzate García, nicknamed the Achilles for whom he does not specify how many millions he offers for these last two.

Currently, Ismael “el Mayo” Zambada is 72 years old and more than 50 of them have been dedicated to drug trafficking; He joined the Sinaloa Cartel, when Chapo Guzmán and Héctor Luis “el Güero”, Palma had already founded it. Later, Chapo left Palma out and he only remained as the leader of the cartel together with Mayo Zambada. It should be remembered that after the capture and extradition of Guzmán Loera to the United States, where he is serving a life sentence, Mayo and the Chapitos remained in command. However, it is rumored that there is a rupture in the Sinaloa Cartel, since the Mayo and the heirs of El Chapo dispute absolute control.