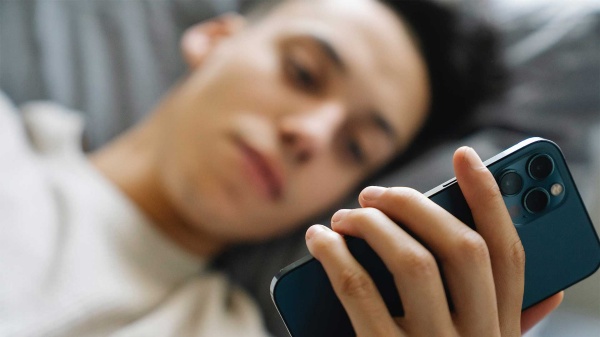 Children and adolescents spend more and more time on the Internet and this has many advantages, but there are also dangers, including deadly challenges appearing on social media, many of whom want to try.

These challenges circulate continuously on the Internet and can be found from WhatsApp, to TikTok, Facebook or Instagram.

One of the reasons why young people between 13 and 19 years old seek to do them is to get likes and popularitywhich translates into a way to have acceptance in an online world, regardless of putting yourself at risk.

What are viral challenges?

Viral challenges are videos or actions that become popular on the Internet as “games between friends”, which many children and adolescents copy to upload their own version.

And since the goal is for them to be seen by hundreds or thousands of people, this entails a high risk for them since they are usually dangerous, violent or suicide challenges, as well as problems related to the information of minors, anxiety, etc.

Given this, in AmericanPost.News We present you five deadly challenges that have been trending among the younger population.

It may interest you: There is a TikTok challenge that causes death, be careful doing it

Deadly challenges, if you try them you can die

The Momo Challenge was a fake viral challenge used by cybercriminals in which the dark character encourages children and adolescents to commit all kinds of dangerous and violent acts against others or against themselves.

In many cases, physical harm or suicide of underage children was incited. This challenge went viral because it was being introduced to children’s content videos on the Internet and was easily reaching all minors everywhere.

Its name makes it clear to us what it is about. You have to go out and hunt posh people or people with brand name clothes. When mentioning hunting is to get the greatest number of victims, who will be attacked and at the same time recorded to be placed on the internet as part of a “grace” with which to accumulate likes.

This is one of the deadly challenges that have gone viral on TikTok and Instagram, where the majority of the victims are women.

It is absurd and unnecessary, as well as being dangerous for causing suffocation with the plastic since it can get stuck in the throat and make the child stop breathing.

Another of the deadly challenges that have occurred among minors in recent years is the Throw in the air challenge.

It consists of throwing something into the air and letting it fall, with the obvious risks that this entails. If it is something light or soft, it is still a curious video to upload to social networks, but the problem with #Throwintheair is that there are not only light and inoffensive things, but users also throw shoes, suitcases and other types of more forceful objects .

The Knockout Challenge that has gone viral since 2020 on TikTok and other platforms and consists of a person fainting while being recorded, due to loss of oxygen.

That is why two people are put together. One presses against the wall and the other squeezes her chest until she loses oxygen and passes out.

This has been one of the most famous death dares that has been popularized for months in classrooms and is very dangerous.