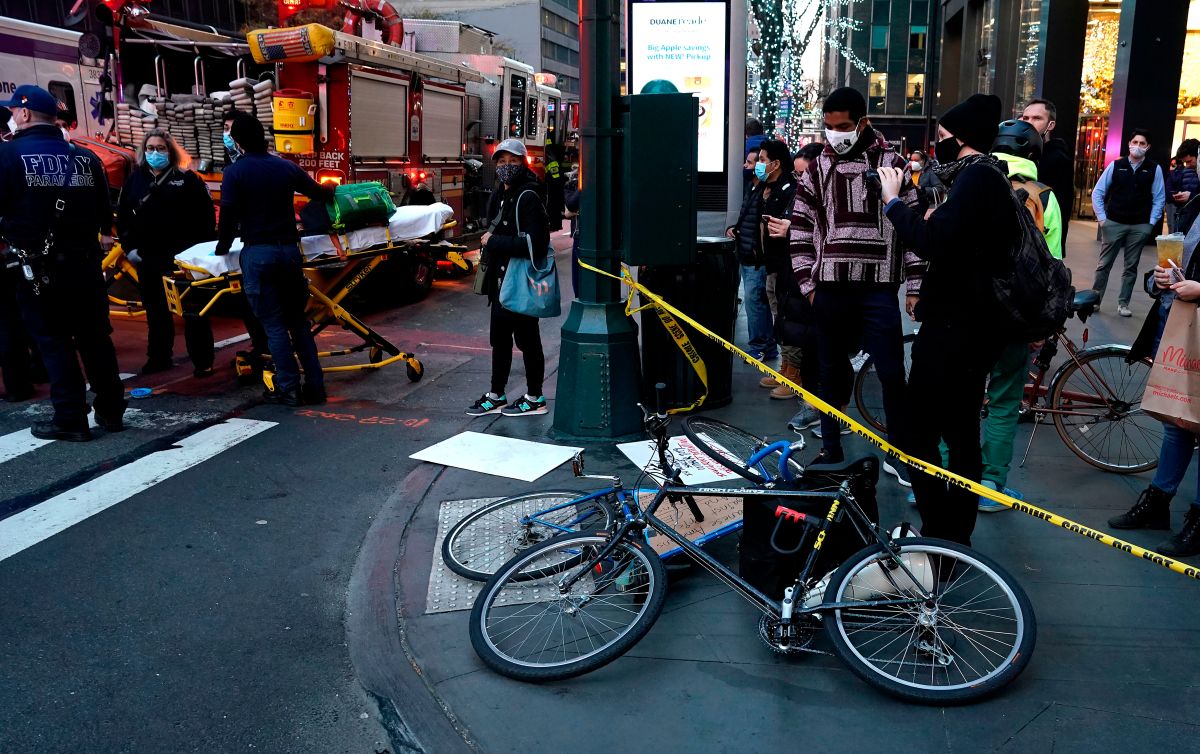 New York City has experienced a 35% increase in traffic accidents so far this yearas indicated by police data.

In total, 58 people, including pedestrians, died in car crashes since the beginning of the year until April 3, according to police records New York. The figures for this year exceed 2021 than in the same period, 43 deaths were recorded.

“35% more deaths in the first quarter of the year is a lot. And last year was not good “said Jon Orcutt, director of advocacy for Bike New York, who served as the policy director for Mayor Michael Bloomberg’s Department of Transportation.

The figures are alarming then give the mayor Adams promised to use the action plan “Vision Zero”, driven by his predecessor Bill de Blasio, which aims to eliminate deaths from traffic accidents.

Throughout 2021, 274 cases of deaths from traffic accidents, according to data from the New York State Department of Transportation (DOT), which was shared by Orcutt. In 2020, the year the pandemic began, 243 deaths were recorded and 220 in 2019.

“We have seen deaths decline for decades, actually since around 1990. The long trend has been down. We are losing this long trend. This could be the fourth year in a row that traffic deaths have increased,” Orcutt added.

Records showed a 57% post-pandemic drop in citations issued by the NYPD for dangerous traffic violations. During fiscal year 2021, police served 387,469 such citationsCompared to fiscal year 2019, which was with 902.482, according to the annual report of the mayor.

In that period, arrests for driving while intoxicated fell 56%. 2,583 were recorded throughout the city during fiscal year 2021, while in fiscal year 2019 they were reported 5,826specified the report.

“Motorists know that there is very little anyone can do, no matter what they do, how to lead. We don’t even treat traffic rules as guidelines anymore. It’s free for everyone,” said Orcutt, who attributed part of the blame to de Blasio.

New York police said in a statement that the recent deaths from traffic accidents are more frequent at night on the roads of the high and the Bronx area. He said the Highway Unit the department plans to increase law enforcement.

“We recognize that the NYPD has a finite amount of resources and continuously used precision policing to meet traffic law,” added the police.

Meanwhile, Tomas Garita, DOT spokesman, acknowledged that New York has not been immune to the “disturbing national trends” during the pandemic which have generated increased traffic fatalities nationwide. He stressed that the administration is working so that the streets are safer and plans to make intersectionsWhere they are presented more than half of accidents, a space “sacred” for citizens.

You may also like:
• Mayor asks Albany pass laws that give control of road safety in NYC
• New York ‘deliverists’ will have access to infrastructure that will make their work easier, says Senator Schumer
• Increase number of traffic fatalities in New York for vehicular disrespecting red light