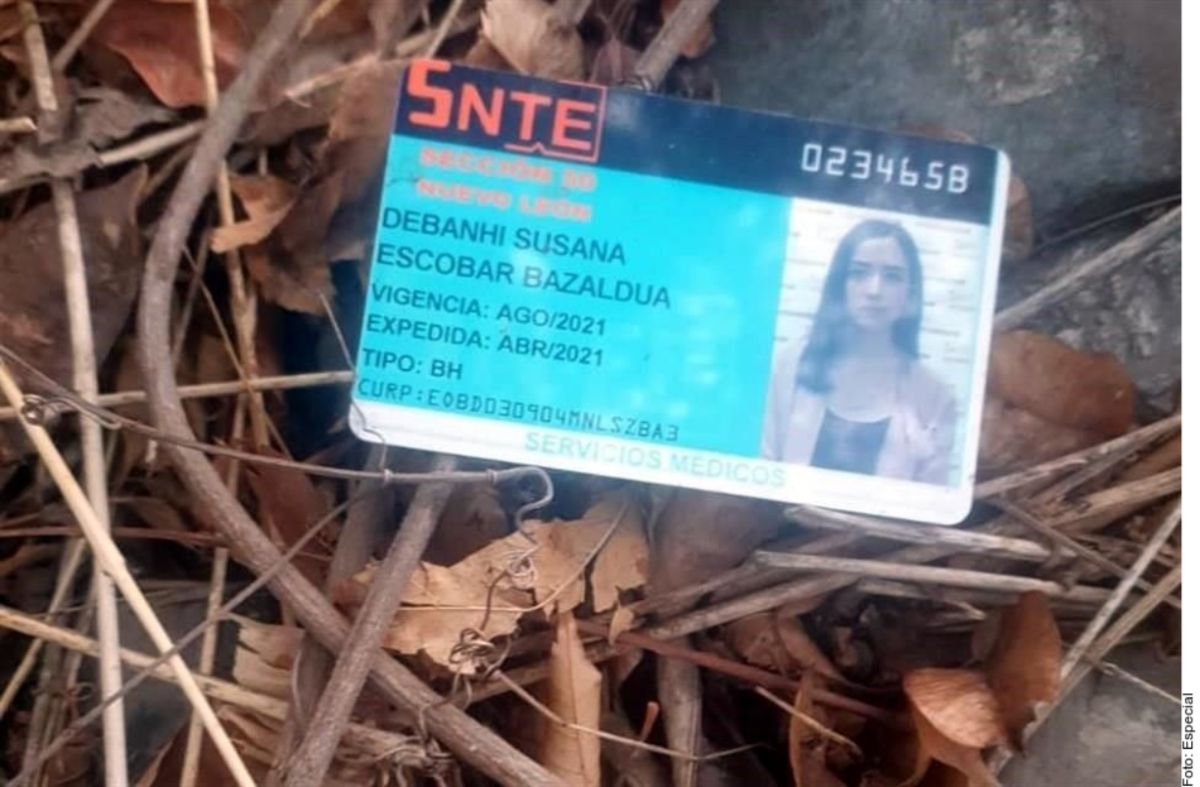 The discovery of a credential of the National Union of Education Workers (SNTE) in the name of Debanhi Susana Escobar Bazaldúa in a gardener of the Constitución Condominiumscan give a new direction to the investigations into his death, although the father of the 18-year-old girl dismissed its importance.

The credential is for medical services of the SNTE, Section 50, in the name of Debanhi, and was valid from April to August 2021. These cards are given to children of teachers during their school years up to 25 years of age. The girl’s parents are teachers.

The credential was found 12 miles (20 kilometers) from the place where his body was found, has established a new incident in a case that increasingly provokes more doubts than certainties.

The expired credential was found only about 196 feet (60 meters) from a Condominium apartment that two weeks ago was searched by the Prosecutor’s Office in search of the young woman.

A neighbor walking his pets found the ID when he picked up a cat to prevent it from eating weeds.

Debanhi disappeared on April 9 on the road to Laredo and his body was located near there until the 22nd of the same month, in a cistern of the Nueva Castilla Motel, which had already been previously unsuccessfully reviewed by the authorities.

Her case became a symbol of the disappearance of women in Nuevo León and it has not been established whether she died as a result of an accident or was a femicide.

On the new finding, now the agents of the Ministerial Police investigate through security cameras to see when and who would have left that credential on the site, among branches, dry leaves, stones and garbage.

Mario Escobar, father of Debanhi, clarified in a video that the credential found in the Condominiums was lost for at least two monthsbefore the disappearance of his daughter and downplayed the finding.

In the previous search of the State Prosecutor’s Office in a condominium apartment, Debanhi’s voting card was located, but they did not find the insurance card.

It was indicated that a more recent credential was found along with her daughter’s belongings in the cistern on April 21, when her body was located.

The Prosecutor’s Office released the images of Debanhi and did not mention an important detail: after the last image of the young woman, specifically almost an hour later, a shadow and a car parked at the motel door are observed. A man gets up and leaves.

Mario Escobar, Debanhi’s father, insisted that Minutes are missing in video recordings by the Alcosa transport company. He pointed out that there are about 8 minutes left before his daughter moves from the company to the Motel.

“For me it is an important point and key that they give me those minutes,” Escobar said, “after the last iconic photo appears here 100 meters away and moves here. I am requesting that time together with another dead time at the same time, when those cameras have sensors and have movement. Those minutes are key for the investigation, they are like 8 or 9 minutes. Along with the surveillance camera and along with another camera that’s in here. (They say) that they were lost, but that they have to recover them. They can’t tell me they got lost.”

With information from Reforma Agency

– Who is ‘The Jaguar’? Whom Debanhi Escobar feared so much according to his last messages on WhatsApp
– Videos show Debanhi going to a party, arguing with a young man, getting into the taxi and running into the Motel
– Debanhi case | Interview with Mario Escobar: “Until they prove otherwise, I still think that my daughter was murdered”