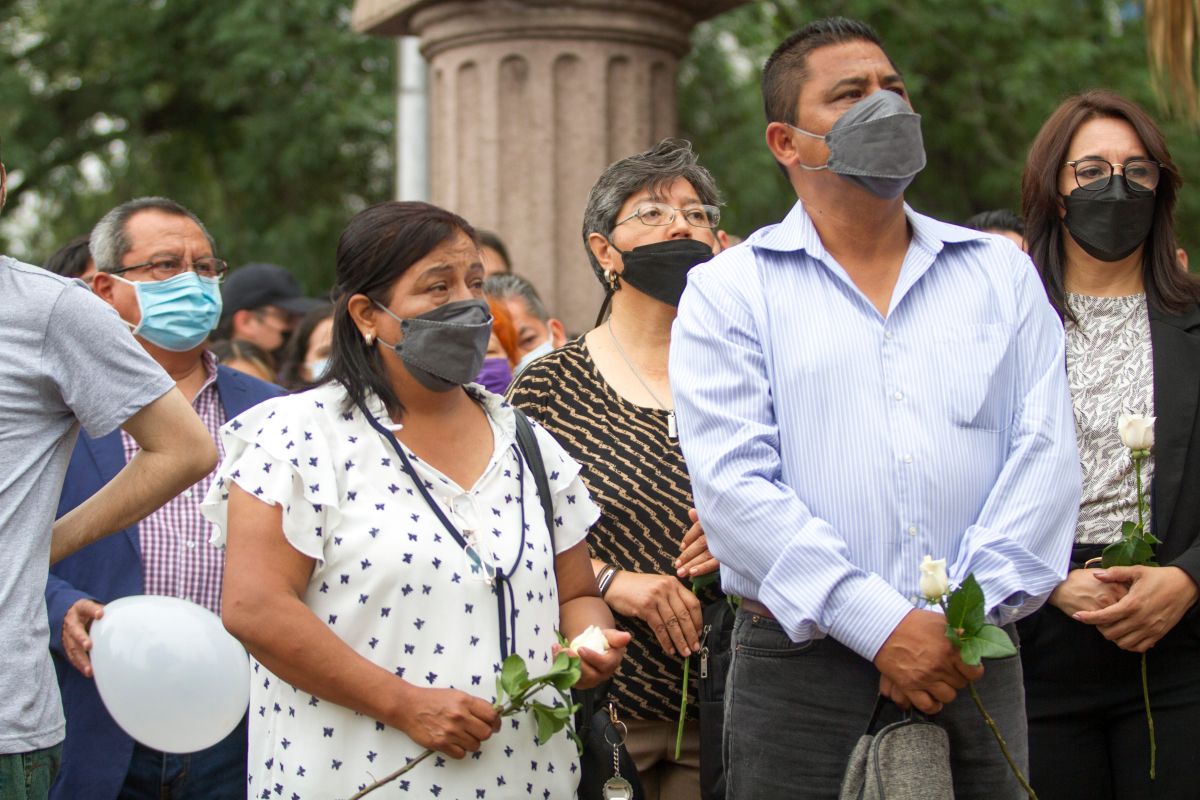 Debanhi Escobar quickly became the face of one of the most serious crises in Mexico: that of the disappeared women..

Her father, Mario Escobar, has become the natural spokesperson for the case, and days after his daughter was found dead in a motel cistern in Nuevo León, he continues to demand justice and fight to clarify what really happened to her. Debanhi.

Amid statements in local media, Escobar’s father does not believe in the version of the Nuevo León State Prosecutor’s Office, the one that ensures that Debanhi was walking alone through the motel and fell into the cisternand a new autopsy could open new clues.

This Monday, May 2, the results of an autopsy carried out by independent authorities were delivered to the 18-year-old girl; It is the second autopsy that was carried out on Debanhi’s body, which was paid for by his father directly, and without having a direct relationship with the Prosecutor’s Office.

Debanhi’s father explained in a media conference that there are “very specific differences” between the one carried out by state entities and the independent organization. Here are the images of what his father said:

“Don Mario” made reference to the fact that when the young woman’s body was found, she did not have her shoes on properly as one of the differences between the two autopsies.

“The tennis shoes were not on or tight on his feet… That is a specific difference that could bring down the version of the person who initially did the necropsy,” Escobar explained.

“If she had fallen, she would have fallen with the sneakers. To take off the Converse that she used, she would have had to sit down to untie the laces, ”said the young woman’s father, implying that it was not an accident, but that she would have been murdered.

Although in his speech he did not provide more details about the results found, Escobar also stressed that the second report will be delivered to the Nuevo León Prosecutor’s Office with the aim of finding the true cause of death of his daughter.

Meanwhile, Griselda Núñez, a prosecutor specializing in femicide, previously assured that several injuries were observed on the young woman’s body, although it is necessary to specify that sexual assaults do not always leave any mark on the body. Therefore, it is not so easy to say whether or not there was a sexual assault. This will have to be built in an interdisciplinary way, she explained.

Also read:
· Debanhi Escobar: They delete posts from their Instagram account
“They have destroyed my life”: Man who was identified as “El Jaguar” in the case of Debanhi Escobar denies being related to the case
Debanhi Escobar’s schoolmate assures that the girl was harassed by a man 16 years older than her