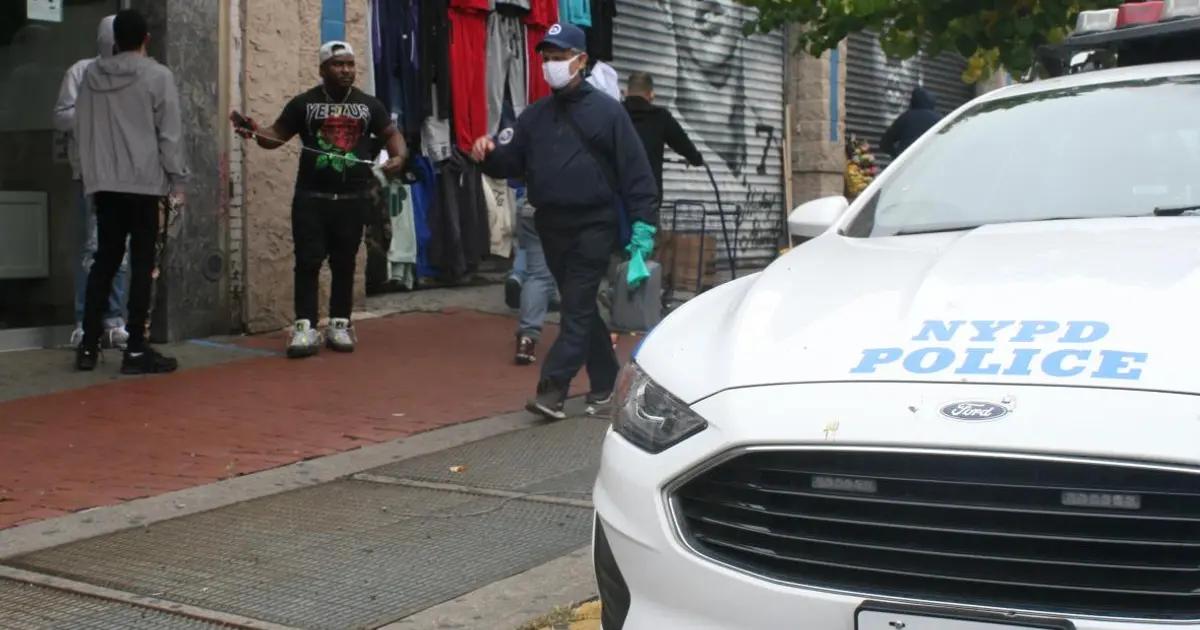 Deborah Jimenez, an 8-month pregnant woman who was hit by a stray bullet on Monday in the Bronx (NYC), survived, but is now afraid to go out on the street.

Jimenez, 35, told the New York Post how she tried to protect her unborn baby during the ordeal while denouncing the rampant gun violence that puts innocent bystanders at risk.

On Monday, she was on the Grand Concourse near East Fordham Road around 7:40 p.m. when she was shot and miraculously hit only in the left calf. With her were her 11-year-old daughter and other relatives as they ate at a taco truck.

“It’s unbelievable what’s going on here… You can’t even do anything outside.”

“My back was turned when I heard the shots,” Jimenez, eight months pregnant, recalled in remarks via telephone Wednesday from her bed at St. Barnabas Hospital. “I saw people running and I started running.”

Jimenez didn’t realize she had been shot until she saw blood running down her leg. She described the sensation as a “sting” that wasn’t painful at first.

When she began screaming for help, Jimenez was careful not to drop to the ground, even if it meant risking being shot a second time, so as not to harm her unborn baby. “If I had gotten on the ground, I would have hurt my baby because I would have been hit”… I didn’t want to hurt my baby.”

Even before first responders arrived on the scene, a police officer jumped in and placed a tourniquet around Jimenez’s leg to stop the bleeding. Her relatives also came to her side and helped calm her down until the ambulance arrived.

While Jimenez is grateful that she and her loved ones were not seriously injured, she criticized the gun violence that has targeted New Yorkers like her as “crazy.” “It’s unbelievable what’s going on here,” she said. “You can’t even do anything outside.”

Jimenez, too, is eager to reconnect with the man who helped her. “A random guy came to help me. He said, ‘Relax, relax, we’re calling 911′,” she recalled. “I wish I could see him and thank him in person,” she said.

Jimenez, who works at a law firm, says he won’t need surgery but is in pain and has trouble walking.

While Jimenez’s spirits are high as she looks forward to giving birth next month, she admitted she was emotionally affected. “I’m nervous about going back out, but I have to,” she lamented.

A man dressed entirely in black fled the scene, authorities said. At this time, the origin of the shooting is unclear. No arrests have been made, and no suspects have been identified. Anyone with information should call 1-800-577-TIPS (8477) and in Spanish 1-888-57-PISTA (74782). Also, via crimestoppers.nypdonline.org or by text message to 274637 (CRIMES), followed by TIP577. All communications are strictly confidential.

The previous week, a Dominican grandmother was killed by a stray bullet on her way from her home to the supermarket in Upper Manhattan.

Gang violence has increased in New York, where young people are increasingly the protagonists as both victims and perpetrators, particularly in shootings and knife attacks. A recent NYPD report found that recidivism among teenagers increased dramatically over the past five years.

There are also many cases of “stray bullets” hitting people “by mistake” on the streets and inside the New York Subway. In some shootings, the victims are children and the elderly.

After the boom of shootings since 2020, particularly among young gang members and/or victims, 2023 started with the same trend. In many cases, the gunmen use “ghost” guns, so-called because they lack serial numbers to be traced and are usually homemade.