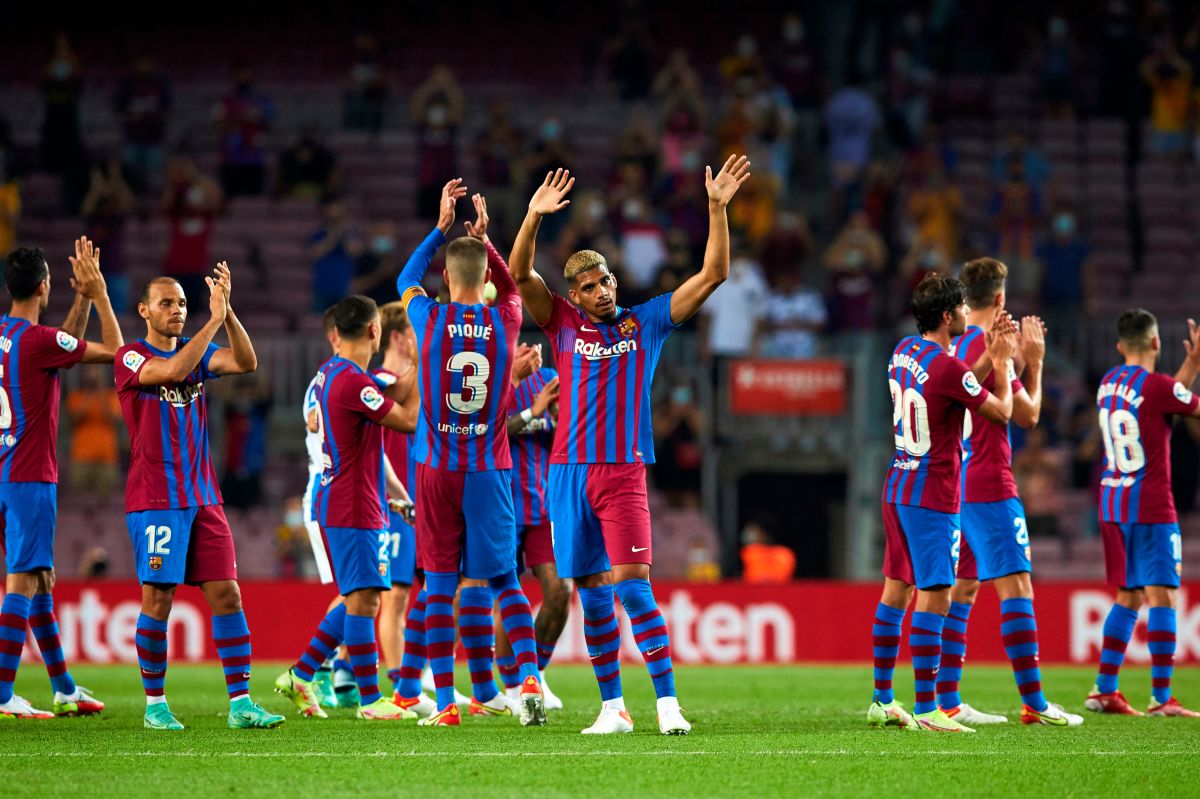 Barcelona, ​​plunged into depression due to the goodbye of Leo Messi, starred in an exciting League premiere against Real Sociedad, which he bowed with solvency (4-2), despite suffering at the end, with a great performance of his new trident, the one formed by Memphis Depay, Antoine Griezmann and Martin Braithwaite.

Memphis commanded the Barça offensive from the first minute. With his mobility, his overflow and his desire to please the scant but spirited Camp Nou crowd, who today broke his silence 1 year, 5 months and 8 days later, curiously against the same rival he had witnessed live for the last time.

The only clubs who have been beaten more times are Espanyol (100) and Athletic Club (90) pic.twitter.com/7Rm2GuhWRK

To Le Normand, he made a spur hat, to Griezmann he put a center that the Frenchman headed to the crossbar and Piqué gave him 1-0, on the next play, by accurately bouncing a free-kick from the edge that the central defender finished off at the back of the net in the 19th minute.

Memphis himself was about to score his goal, before half an hourAfter a nice combination with De Jong and Braithwaite, but his shot, already somewhat forced, was stopped by Remiro. Y

Barça came out intense from the opening whistle, pressing Real high up and creating occasion after occasion. Braithwaite’s first shot found Remiro on the first play of the clash. And then Griezmann was about to beat the visiting goal with an acrobatic scissors that went away just before his head to the wood.

The era of Barcelona began without Lionel Messi

Koeman’s men suffered a bit more in the final stretch of the first act, but the San Sebastian team could not disturb Neto, and Braithwaite, in addition, headed a shell to the center of De Jong to make it 2-0.

However, again it would be Barcelona that would hit first, although this time, a clear offside by De Jong, annulled Griezmann’s goal.

Even so, Real improved a lot at the beginning of the second half. The Basque team advanced the lines, drowning the ball out of their rival and, finally, he finished on goal, although without finding the three sticks, in two Oyarzabal actions.

But Memphis appeared again, on the left wing to demonstrate its quality, attracting two Real defenders before enabling Jordi Alba, who assisted Braithwaite from the baseline for 3-0.

Pedri had the fourth, but Remiro took it out when he sneaked into the squad. It seemed that the game was decided, but the debutant Julen Lobete won the game to a newcomer Emerson in a counterattack to shoot Neto and close the gap in 82.

A non-existent foul by rookie Nico González, was masterfully launched by Oyarzabal to make it 3-2, three minutes later. But in added time, Braithwaite assisted Sergi Roberto in another counterattack to make the fourth, and the Camp Nou, in mourning for Messi but partying to be able to enjoy his team live again, breathed easy.

He scored 2 goals and provided 1 assist in FC Barcelona’s first game in the post-Lionel Messi era. Simply Martin Braithwaite. THE J1 MVP IN THE LEAGUE. pic.twitter.com/hHNi6PrVxA

You may also be interested in: Hard banners at the Camp Nou: Laporta, Judas, you cheated on D10S}

I hammered down the salary and the Barça registers to Memphis, Eric García and Manaj