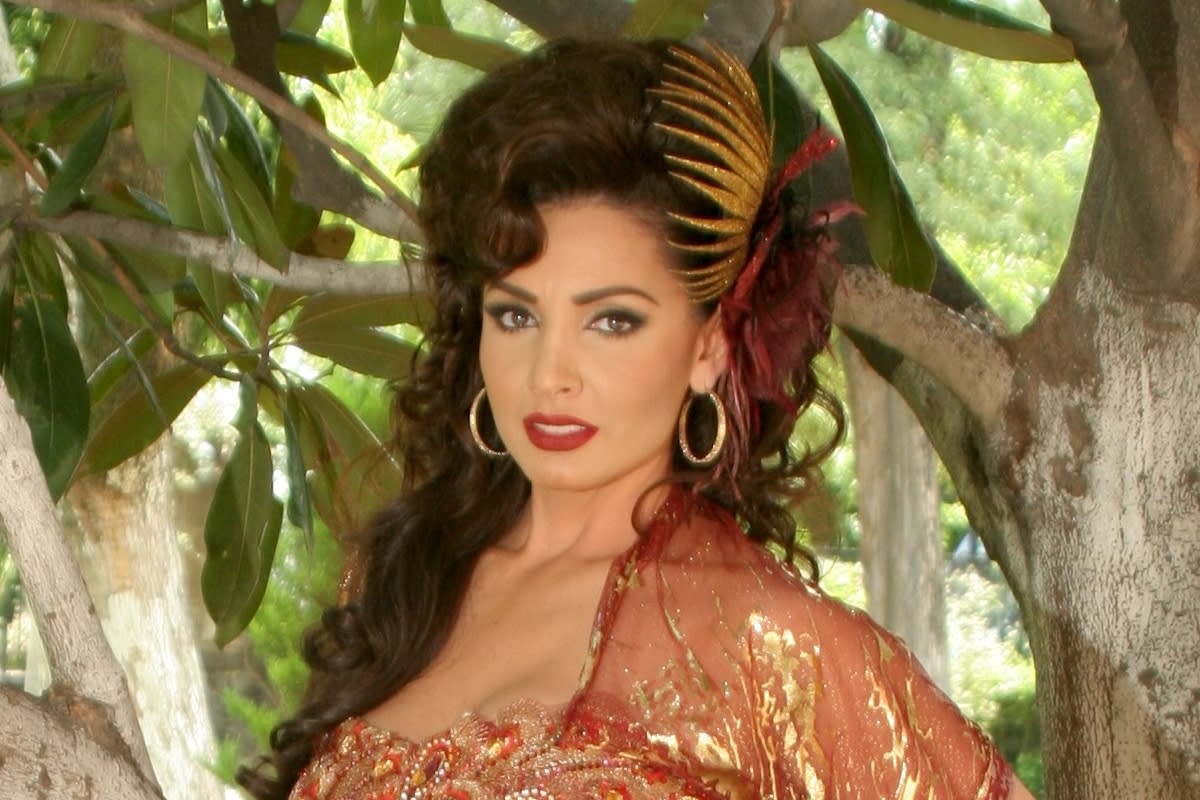 Paty Navidad’s sister declared the Mexican as mentally incapacitated to be able to save her from COVID-19, a disease that Paty swore and perjured was not real, telling the doctors that the actress had a brain tumor, which made her lose the notion of what he was saying and doing.

Go that things got quite complicated for the actress Paty Navidad, since after being admitted to causes of COVID-19, a disease that the Mexican swore and perjured did not exist, her sister Yadira declared her mentally incapacitated in order to save her from a worse reaction.

After the actress Paty Navidad was commenting through social networks that COVID-19 did not exist and that they were only “government inventions”, even commenting on the position she had regarding vaccines, it was at the end of July that it occurred to know that the Mexican had tested positive for COVID-19.

According to the portal TV Notes, It was reported that he had been infected during the recordings of the program MasterChef Celebrity Mexico, where after testing participants after a chef tested positive, that Thursday, after this test, the news of Paty’s contagion was released, causing them to evict the set and begin to sanitize it, and once again suspend the recordings . Filed Under: Paty Navidad’s Sister Declares Actress Mentally Incapacitated

After this, things have not gone well for the actress, since with the passage of time, her state of health became even more complicated, to such an extent that her sister declared her mentally incapacitated to be able to save her from a worse fall before this disease, since Paty Navidad refused to take any medicine.

Days after this event, the TV Notes portal took out an article where the actress’s current situation was discussed, commenting on how complicated this process has been for the Mexican, since as time passed, she needed medical help, since his oxygen was not very good to say.

The portal was able to interview a person close to Paty Navidad’s family, where she commented on all the events that the actress went through during her infection, beginning with the fact that the singer was still in the Interlomas hospital, connected to oxygen, however he was stable.

Given this, the news site asked the acquaintance how Paty had gotten to a hospital, since she, at the time, commented that she was fine, to which she replied: “It was her sister Yadira, who in an attack of Desperation decided to admit her, because Paty refused to take medicine and her health was getting worse every day ”. Filed Under: Paty Navidad’s Sister Declares Actress Mentally Incapacitated

“She thought it was just a flu,” Paty Navidad’s sister declares her mentally incapacitated

“After believing that it was only a flu, he only treated it with Paracetamol and Teraflu, and because he did not follow the doctors’ instructions, he reached the point where his lungs did not give him any more,” said the person close to the family for the portal TV Notes. Filed Under: Paty Navidad’s Sister Declares Actress Mentally Incapacitated

“When the doctors arrived, Paty Navidad thought they were going to kidnap her”

Paty Navidad not only infected her, but also put the health of her relatives at risk, since her sister Yadira, who was taking care of her, also became ill, however her niece Eve, Yadira’s daughter, was saved despite the fact that he was also with them. Filed Under: Paty Navidad’s Sister Declares Actress Mentally Incapacitated

The informant commented that the actress had a panic attack after seeing how some doctors wanted to take her away after Christmas worsened: “At dawn on August 10 (her sister) noticed that Paty had oxygenation of 81, and scared she spoke 911, when the paramedics arrived, Paty had a panic attack, as she believed they were going to kidnap her ”.

Paty Navidad didn’t want them to give her any medicine

After the news went viral, where it was commented that Paty Navidad was already hospitalized due to complications from COVID-19, she was quickly transferred to another hospital within Interlomas, however, no medication was allowed to be administered in any hospital:

“Because of his ideas, he insisted that they not give him anything, he only let them put oxygen on him, they took plates of his lungs and they realized that he had pneumonia, he said that he would sign a letter to be responsible for not being administered medications,” commented the source close to the portal TV Notes. Filed Under: Paty Navidad’s Sister Declares Actress Mentally Incapacitated

They declare her mentally incapacitated

For this reason, her sister Yadira had to declare Paty mentally incapacitated, in order to save her from a worse fall, and even death: “The doctors contacted her sister Yadira and she was the one who asked them to start it. to medicate and save her ”.

“He assured that Paty is mentally incapacitated, because a head tumor makes her lose track of what she says or does, and that is why she is not able to make decisions, which is why the doctors began to administer her through serum and they told her that they didn’t put anything on her, if it hadn’t been like that, she would already be dead ”.

It was in 2012 the date that the source commented that Paty Navidad’s tumor had been detected, at that time she was controlled with medications, which she had to take for life, but she stopped taking it three years ago because He argued that they modified his organism:

“By not taking medicine the tumor grew and is oppressing her limbic system, part of the brain that controls emotions, for that reason she is out of reality, and talks about nonsense, the whole family is worried, it was the tumor it is affecting his motor skills in both hands and feet ”. Filed Under: Paty Navidad’s Sister Declares Actress Mentally Incapacitated

I didn’t have much work

The source argues that alternative treatments were sought for Paty Navidad’s tumor, however, he commented that the actress did not have enough money to pay for any, arguing that even the Mexican did not have much work anymore:

“Sadly in recent years he has not had much work, his projects are sporadic and they pay him very little. He was so bad economically that recently he had to sell a property he had in Culiacán to pay for his expenses, Paty lives from day to day “, quoted the portal TV Notes. Filed Under: Paty Navidad’s Sister Declares Actress Mentally Incapacitated

You are reacting well to the medicine

The source close to Paty Navidad’s family commented that the actress did save money, but she always supported her family in different things, paying her parents ‘house and her nephews’ career. For this reason, as soon as they offered him to participate in Master Chef, he accepted. Filed Under: Paty Navidad’s Sister Declares Actress Mentally Incapacitated

Finally, they questioned her about how the actress was reacting to the medications to which she replied that she reacted quite well, but her studies revealed that she had a fairly depleted immune system: “COVID-19 attacked her very hard, because her body also fights against his tumor ”.