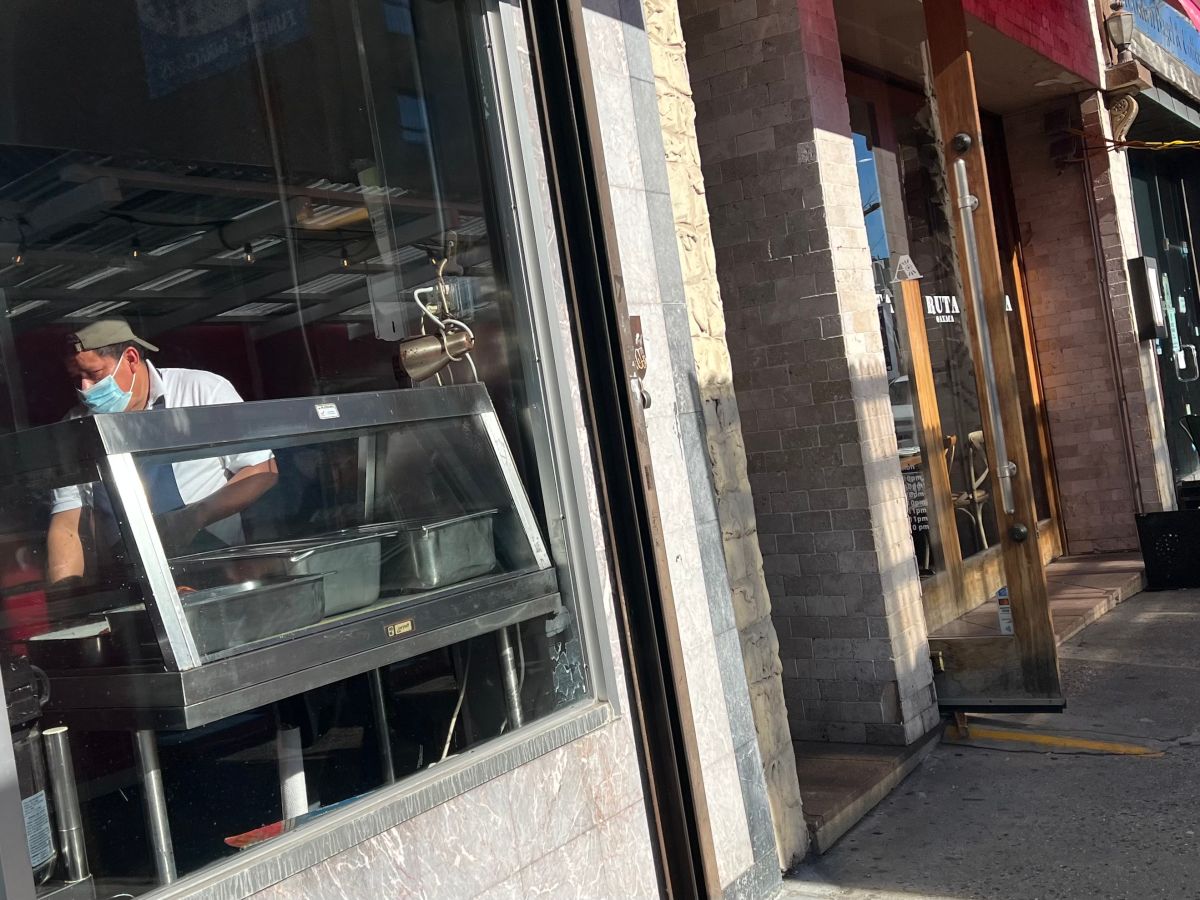 In recent days, immigrant families, community organizations and activists in New York have raised their voices against actions of ‘La Migra’ before the wave of transfers -without warning- of undocumented immigrants in their custody from the Correctional Center of the Orange County (OCCF) in Goshen, New York, to Adams County in Mississippi, and constant violations of their human rights.

And as a way to promote a protection shield before the offensive of ICE (Service of Immigration and Control of Customs of the USA), the organizations Make the Road NY and Immigrant Defense Project they created the deportation defense handbooka guide to educate undocumented New Yorkers to create an action plan to protect themselves.

so announced Luba Cortes, Immigrant Advocacy Coordinator for Make the Road New York, in the middle of a press conference, in which he warned that at this time, it is urgent that the community be informed about their rights and how they should respond to possible encounters with ICE agents.

“Knowing our rights and being empowered on this issue is very important, but at the same time we need New York to take the right steps and stop help ICE to transfer our loved ones,” said the activist. “We have to prevent those things, but we have to do more work locally and nationally to stop ICE from doing so much damage to our communities.”

The community leader stressed that ICE raids They continue to happen in New York and they continue to destroy and separate families unnecessarily, under illegal and abusive tactics, so being informed is vital.

“Our Deportation Defense Manual is a comprehensive tool for vulnerable members of the community to assert their rights and be empowered when it comes to law enforcement,” added the leader. “We hope that this reissue of our manual will serve as an important reminder that New York needs to stop collaborating with ICE and really protect the undocumented people who call this state home.”

The manual can be downloaded in English at the link deportationdefensemanual.org and in Spanish at manualdedefensa.org.

Immigrant advocates highlighted that despite the fact that in 2021 President Biden ordered the creation of new guidelines to redirect the work of ICE As to who could be detained if they represented a risk to national security, the big problem is that the national Administration is not monitoring the actions of ‘la migra’ and practically “they do what they want”.

“They are not following those guidelines Even if those memos are believed, everything is at their discretion, so they can say ‘no (we’re going to follow them) and we’re going to arrest these people.’ They can stop and arrest whoever they want in our communities,” added Cortés.

Edward Alonso Castillowho was detained by ICE on his way to work, without representing a danger to national security, as indicated in the ICE memos that justify arresting undocumented immigrants, denounced the abusive practices of the ‘migra’ and revealed that knowing your rights is very useful today.
“In 2021, I was on my way to work when I was arrested by ICE, even though I did not meet the new ICE detention guidelines, which had been released a week before I was arrested. I suffered severely in detention and was hospitalized twice during my time in the Orange County Jail,” said the immigrant.

The father of the family, who after his arrest has dedicated himself to helping educate other members of the community about the importance of knowing how to act before ICE, added that if he had known his rights before, the story with him would have been different.

“If I had known my rights, I would have protected myself more with ICEWell, even though New York is said to be a sanctuary city, they keep arresting people like me,” added the Make the Road member. “While my experience was extremely traumatic, I have been able to take that experience and really be active in my community. I have met other people with similar stories to mine and have been able to learn more about my rights.”

Jimmy Lopez, who also suffered an arrest by the Immigration authorities, narrated that thanks to the fact that he already knows how to move in the face of interactions with ‘la migra’, he was able to recently witness an ICE arrest and was able to intervene and defend his people.

“I was detained by ICE in 2019 and I was detained for months, until Make the Road New York was able to fight my case and get me released. My experiences in detention were terrible and every day I feared for my safety,” said López, who denounced that he did not receive adequate medical care.

“I often felt powerless to complain, as he knew they were often ignored. Since my release, I have expressed my experiences because I want people who are in my situation to know their rights as immigrants,” she added. “It is crucial that immigrants know their rights, so they are not afraid to confront ICE”.

Yasmine Farhang, defense director of the Immigrant Defense Project, took the opportunity to call on the Municipal Council and the Legislature, so that they better shield the protections towards the undocumented community with laws that are complied with, especially that avoid the cooperation of authorities with ‘ immigration ‘.

“ICE continues to target people, often based on their contact with a racist criminal legal system that perpetually punishes immigrant New Yorkers,” said the defender. “For this reason, the City and Council must do everything in their power now to protect our communities, including passing legislation that further restricts the City’s collusion with ICE, Introductions 185, 184 and 158. We await the distribution of the Manual as a key tool in this fight”.

The organizations added that during the Trump era and under the Biden administration, ICE has continually perpetuated “the harm, detention, and separation of families,” This is evidenced by the transfers of undocumented immigrants in recent months without prior notice or explanation.

At the same time, the Dignity Not Detention (DND) working groupwhich continues to oppose inmate transfers, staged a protest to demand that the more than 70 people moved be released from OCCF and returned safely to their communities.

“People are starting to share the ordeal of his transfer. to detained immigrants they were hardly notified that they would be transferred off the premises, let alone that they would be shipped across the country. Many of those who were transferred reached out to advocates and loved ones outside to share details of what they endured,” they said in a joint statement.

“Transferees described how ICE and OCCF officials continually shackled detained immigrants during a 20-hour process that involved moving them from a van to a plane to a frozen bus. They shared that during the transfer, Sergeant Figueroa, an OCCF employee who was named in a civil rights complaint earlier this year for allegedly harassing and abusing people detained by ICE, verbally harassed people as they left the facility. ”, they said.

In their complaints, the immigrants added that they were only fed bologna sandwiches and that they had limited access to water. Many people claim to have lost valuables in the transfer.

“These transfers have not only been violent, but have also raised serious problems related to access to a lawyer and the ability to prepare for court appearances. Lawyers representing the individuals who were transferred were not notified of the transfers and continue to have difficulty connecting with them,” said the Dignity Not Detention (DND) task force. “On at least two separate days, the video system by which people appear for their court hearings was down in at least one courtroom, and attorneys continue to argue that they cannot access their clients to prepare them for their hearings. hearings”.

The organization added that transferees reported that they are being held in a disciplinary segregation unit at the OCCF detention center, where people are held in solitary confinement and are often unable to communicate with their attorney.

So far ICE has not referred to the complaints made.

Where to get more information about the Manual against deportation?