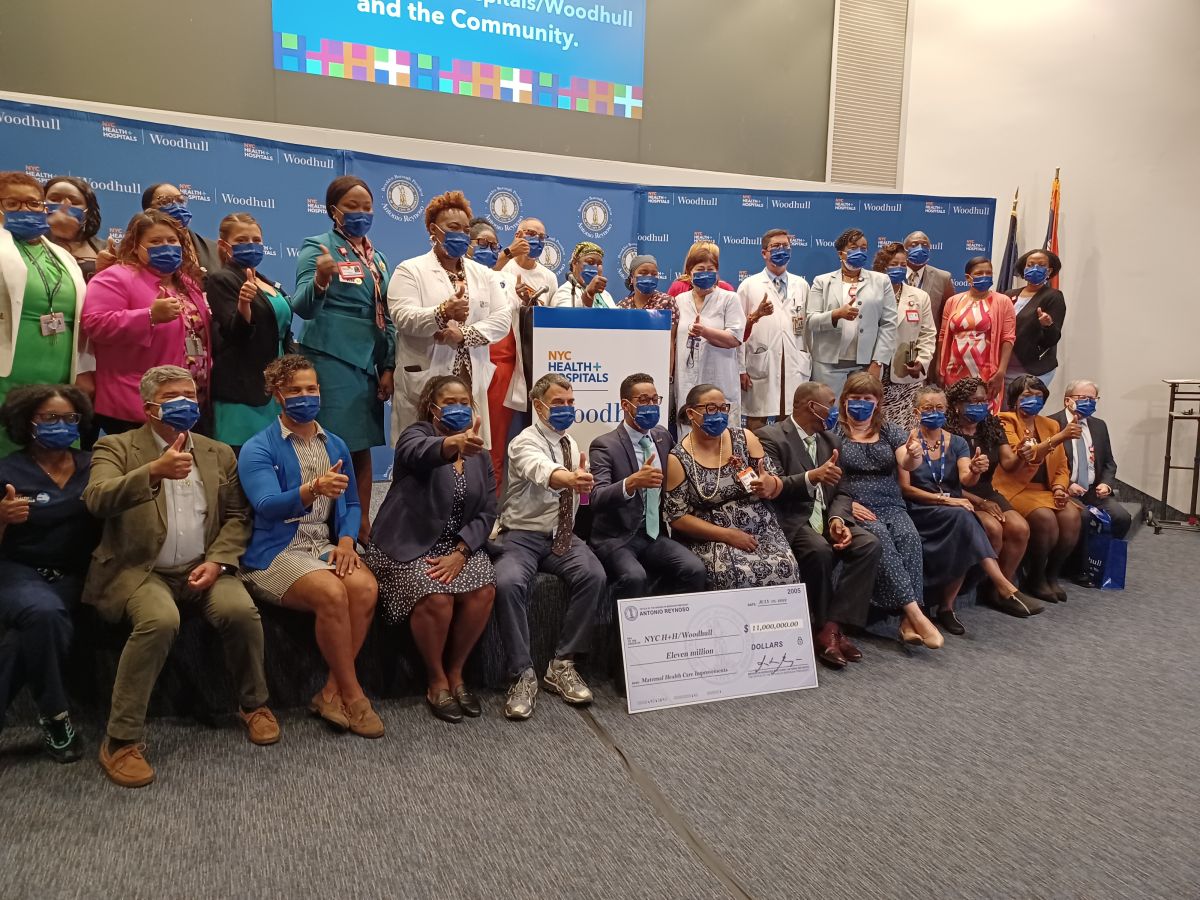 In the statistics that try to describe the social dramas of Brooklyn, there is a number that has been known for several years: Black and Latina women are 9.4 times more likely to die before, during and after childbirth, if contrasted with the white population. Now, the difference is that the transfer of $45 million for the areas of assistance to parturients in the three public hospitals in that county, to reverse this trend in the coming months.

“After years of seeing these figures with pain, we are taking the first real step, the product of very serious scientific analyzes arising from the Maternal Health Task Force, which we installed as soon as we took over the government. Our goal is that in four years, Let’s be the safest county to have a child.” announced this Tuesday, the president of the county of Brooklyn, Antonio Reynoso in the act of delivery of the first capital transfer of $11 million to Woodhull Hospital.

These funds will be used to create a new maternity center the renovation of six private delivery rooms, the optimization of the nursing station, the modernization of the post-anesthetic care unit and the improvement of triage and antepartum rooms.

The new design also includes a laboratory for state-of-the-art obstetric stimulation and modernized and expanded operating theaters for cesarean deliveries.

The King and Coney Island hospitals of the public hospital corporation ‘NYC Health + Hospitals’, administered by the City of New York, will also be beneficiaries of this capital investment, which will be oriented to mass care for pregnant women and monitoring of risk situations after childbirth.

In addition to special funding allocations to these health centers, Reynoso hopes to support social services and community care models, which address the underlying problems that people of color face, increasing access to health insurance, for all pregnant women.

Brooklyn is the fastest growing county in the Big Apple and it has the second highest birth rate.

For its part, Mitchell Katzpresident of NYC Health + Hospitals noted that while racial disparities in fatalities before, during and after pregnancy are evident across the country, the City’s health care system is committed to reduce these inequalities creating safer childbirth experiences for New Yorkers.

“This investment from the Borough President in our families will help us further improve maternal health outcomes”, he narrowed down.

Some reports clearly show that a large number of women in communities of color do not even have access to medical check-ups, even during the first seven months of your pregnancy.

“A state-of-the-art birthing center at Woodhull Hospital will make a huge difference in the lives of our community. And it will take great strides to address maternal mortality. I recently gave birth here, so i know first hand how much their patients, midwives, nurses and doctors will benefit from this important investment”, commented the councilor Jennifer Gutierrez of Bushwick District 34

There are other stories that are often repeated. More than half of pregnancy-related deaths occur among 43 days and one year after delivery.

For more than 40 years it has been observed that Brooklyn tops the list of fatalities in parturients with 28%, followed by Queens with 21% and the Bronx with 16%, as recorded by official data.

Mental health conditions are one of the leading causes of death associated with pregnancy, with a 18% incidence rateof which 75% are attributable to overdose and 25% are attributable to suicide, based on figures shared in the Brooklyn Borough President’s 2022 Transition Team Final Report.

According to the latest confirmed reports from the New York City Department of Health (DOHMH), updated in 2020, an overwhelming 68% of pregnancy-associated deaths throughout the Big Apple have been Hispanic and African American women.

“I got horribly depressed after I had the baby”

The Puerto Rican Mariela Alarcon35, outside Woodhull Hospital in Brooklyn told The newspaper who waited for nine months with great enthusiasm to have her firstborn. She faced a normal delivery, without news and without risks. Once with the little one in her arms, something changed.

“Seeing him from the first day I felt very sad. I have work. I have support. But I got depressed in a way that I wanted to die. I even wondered why I brought him into the world. That was not ready!. I thought the worst. And when I say the worst, it is the worst”, confesses the islander.

Fortunately, this mother sought professional help to deal with what was promptly diagnosed as ‘postpartum depression’. Today, a year and two months later, she assures that it is “overcome history”, but she is sure that many mothers go “alone” through that same process.

“I took pills that calmed me down at five weeks. I had therapies. I had the support of my family and I was able to save my life. Imagine those women who find themselves with a baby in their arms and what they want is to die for many reasons or for no reason”he added.

Why do NY women in labor die?