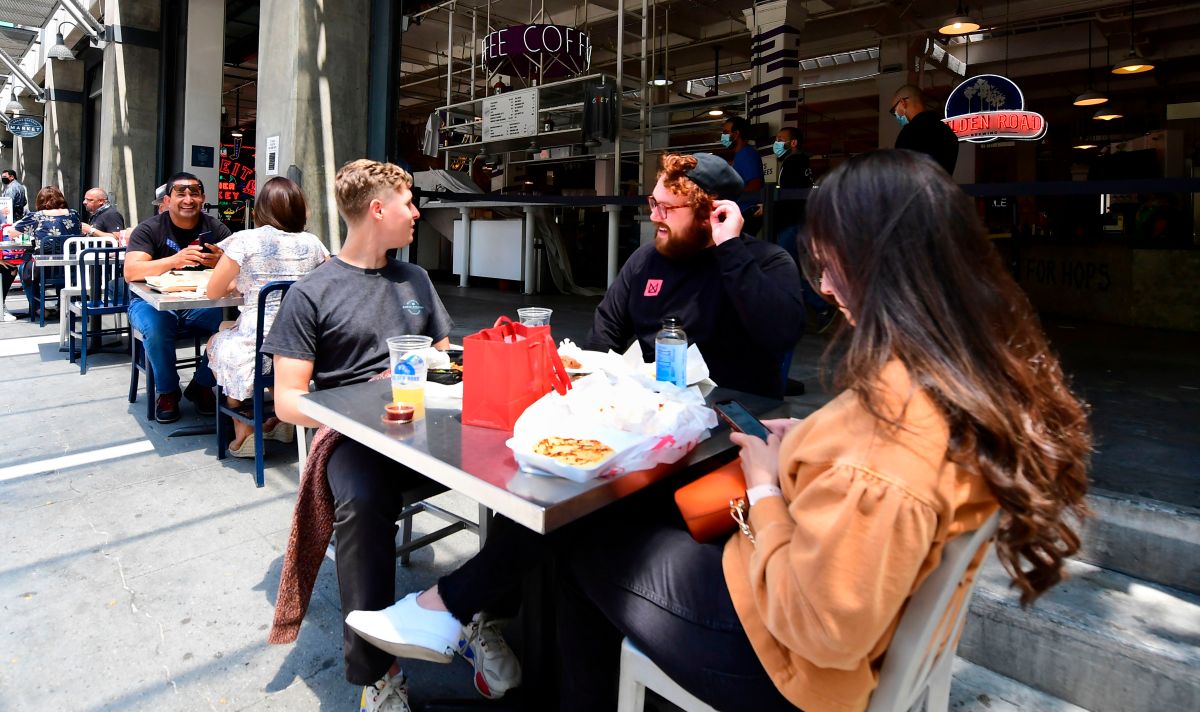 For a few weeks, the American business class has been very aware of what happens with the outbreaks that have occurred of the Delta variant in different parts of the country. With form the contagions have spread, concerns are becoming more apparent, especially in the restaurant sector.

The warning signs that this important sector of the national economy is experiencing mean that workers, businessmen and the entire commercial chain that this industry implies are not calm, since the shadow of the financial crash is present that has left the coronavirus in more than a year and a half of pandemic.

In recent months the restaurant industry has had a recovery, although it has not been complete, it has allowed entrepreneurs to think about developing new projects and therefore generating several sources of employment all over the country. But the Delta variant, which spreads rapidly, may put an end to the plans to come.

One of the unmistakable signs of nervousness is that in several states, as well as major cities, the mandates of mandatory use of face masks have been resumed despite the fact that many Americans have already been vaccinated. The authorities, as well as the owners of the establishments, do not want to contribute to the spread of Delta.

Even restaurant and owner associations are already reporting that customers are gradually ceasing to go to establishments because they are afraid of contracting the new variant of the coronavirus. This phenomenon, mainly, has been present in urban areas.

According to CBS, Erika Polmar, executive director of the Independent Restaurant Coalition, stated that Delta could represent a lethal blow to restaurants, which “already face a rise in food costs, as well as a shortage of labor.” The union leader added that businessmen have many debts as a result of the closures.

The National Restaurant Association, together with the Independent Restaurant Coalition, is pushing for the federal government to renew aid to this industry, especially for those small entrepreneurs that do not have economic capacity such as large chains. It is calculated that nearly 90,000 restaurants and bars closed during the pandemic in 2020.

Between last year and part of it, the government helped restaurateurs financially through the Small Business Administration by distributing by releasing the Restaurant Revitalization Fund, which distributed $ 28.6 billion dollars among 101,004 food establishments before run out of funds at the end of June.

Although the union of restaurants and bars are resuming sanitary measures as a few months ago, there is fear that the authorities will give the order to close, which would be a tragedy for many, since a second confinement could not be overcome and would end up closing definitely.

You may also be interested in: Raise the price of pork: a new California law could shoot them up to 50%