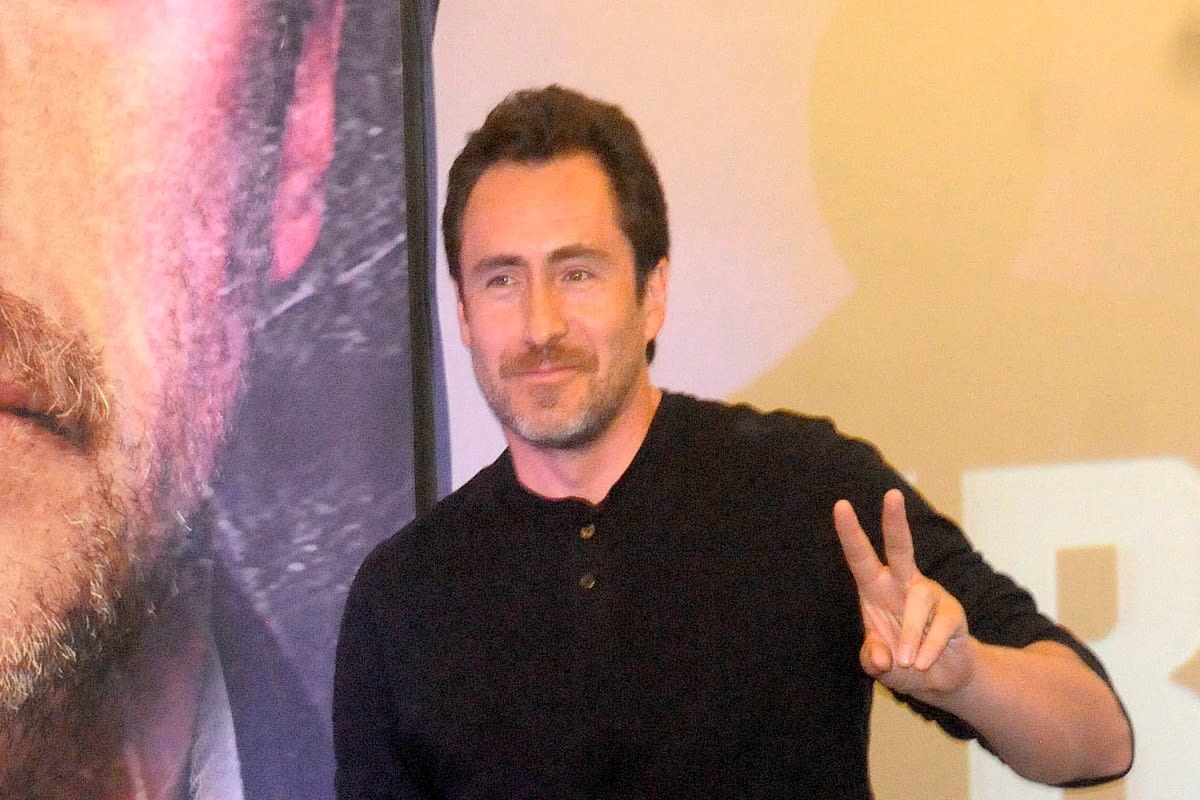 A poem would confirm the romance. After the suicide of his wife, the Canadian actress Stefanie Sherk, more than two years ago, the Mexican actor Demián Bichir has a new girlfriend. It is about 23-year-old Italian dancer Victoria Aletta.

It was on the Spicy Girl Instagram account that an image was shared that the artist uploaded to his Instagram stories, although before he had already shared a series of images that leave no doubt that a love story is beginning.

Demián Bichir has a new girlfriend

“I lose myself in your eyes, I drown in the wave of your gaze. I just want your soul and at night, when everything is dark, I watch you dance. I reason in kisses along your chest lost in the avalanche of my lost heart. Who are you? Where are you? ”, Demián Bichir dedicated to his girlfriend Victoria Aletta.

According to information from Hola magazine, the couple was recently seen touring some tourist sites in Mexico City. The young dancer is originally from Naples, Italy, in addition to being a teacher and was the principal dancer of the Barcelona Ballet.

According to information from the Unicable portal, Demián Bichir had already given clues that he had a new romance after he published a photo in which Victoria Aletta hugged him, although there is no longer a record of this image on his social networks.

For her part, the young dancer uploaded several photographs of her visit to Mexico City to her Instagram account, but one in particular drew attention, since the face of the Mexican actor can be clearly seen on his coffee: “The City of Mexico has never looked so beautiful ”.

Demián Bichir dedicates a poem to his new girlfriend

With more than 2,000 likes to date, the Oscar nominee for best actor for his role in the film A Better Life, shared a series of images of his new girlfriend, Victoria Aletta, after the suicide of his wife a little more than two years.

The Mexican actor dedicated the following poem to him: “You toasted yourself with soft beauty on the concrete of this chaotic world right in the middle of the greatest test that humanity has ever experienced. In exactly the same way that angels walk the earth, you danced like an ethereal sigh of hope. So sweet. So brave. So immaculate ”.

“We love each other at the top”

To end his message, Demián Bichir expressed himself thus: “You entered my life without warning. And then you opened your heart to house mine. We hold on tight. We love each other at the top ”. His new girlfriend did not hesitate to answer him immediately: “To love us at the highest level. Love is real”.

Yolanda Ventura, a former member of the musical group Parchís and who is married to Odiseo Bichir, Demián’s brother, was moved by this message and told him that he deserves all the happiness, while his followers reacted with pleasure to the news of their new romance (Filed Under: After his wife’s suicide, actor Demián Bichir has his new girlfriend: Victoria Aletta).

It was on April 20, 2019 that Canadian actress Stefanie Sherk sadly lost her life at age 43, and although she was said to have drowned in the pool at her home in California, the Los Angeles County Coroner’s Office rated this case as suicide.

In April this year, Demián Bichir uploaded a photo of his wife accompanied by a short message: “Always loved and deeply missed, Stefanie Sherk.” The followers of the renowned actor did not hesitate to express their support.

Demián Bichir remembers his wife on her birthday

“On your birthday and every day, we deeply love and miss you, your pretty blue smile. You are very much needed in these extraordinary times. Always loved, Stefanie Sherk, ”Demián wrote on January 9.

According to information from Chic Magazine, Bichir and Stefanie met in 2010, when the Mexican actor began to stand out in Hollywood, and a year later, they began dating. Many were taken by surprise when they arrived on the red carpet at the Oscars in 2012 together.

Heartwarming message on the first anniversary of his death

“The special years will not return when we were together. But with the love you left in our hearts, you will walk with us forever. I will always be grateful for having shared those beautiful years with you. Today has been a long and lonely year, without your loving and kind presence. In loving memory of our dear Stefanie Sherk ”.

The couple first worked together on Demián Bichir’s directorial debut with the film “A circus tale & a love song,” which premiered in 2016. In an interview he gave in 2014, he commented that he had “an affair fantastic ”since he met her.

A wound that will never heal in Demián Bichir

On what would have been Stefanie’s 38th birthday, Bichir dedicated an emotional message to her on her social media: “Our transit in this life is too short. It doesn’t matter if we live 20 or 40 or 124 years, it’s just a very short time on a longer journey. “

“I will always be happy and grateful to have met you in this life, Stefanie. Our paths will meet again one day. And then we’ll keep laughing and loving like we always did. In loving memory of our dear Stefanie Sherk on her birthday. 1976-2019 “.

“We had so many plans and projects together”: Demián Bichir

In a letter to Deadline in which he ventured about the sensitive death of his wife, Demián Bichir expressed that the most difficult part of losing a loved one is “the brutal understanding of the real loss and the difficulty of accepting their complete absence. and definitive ”.

“Losing our beloved Stefanie took us all by surprise. My wife’s beautiful life was almost perfect. We were a team. We were each other’s fuel and happiness. We were soul mates. Plain and simple. We had so many plans and projects together. We both knew how difficult it is for any actor to start a career in this industry, so we fight with passion and determination. “

Without saying a word, days after his death was confirmed, Demián said goodbye to Stefanie with a photograph in which she looks most beautiful. According to information from Chic Magazine, the actress began to have trouble sleeping and gradually began to take medication.

“Little did we know that the pill called Lunesta would have such dire side effects on Stefanie. Lack of sleep creates terrible anxiety and then he needed two pills to get through the night where everything gets darker. They also prescribed Xanax for anxiety. The combination of Lunesta and Xanax was a terrible cocktail of drugs that created a very scary and lonely state of mind for our little girl, ”Bichir commented in the letter he shared with Deadline.