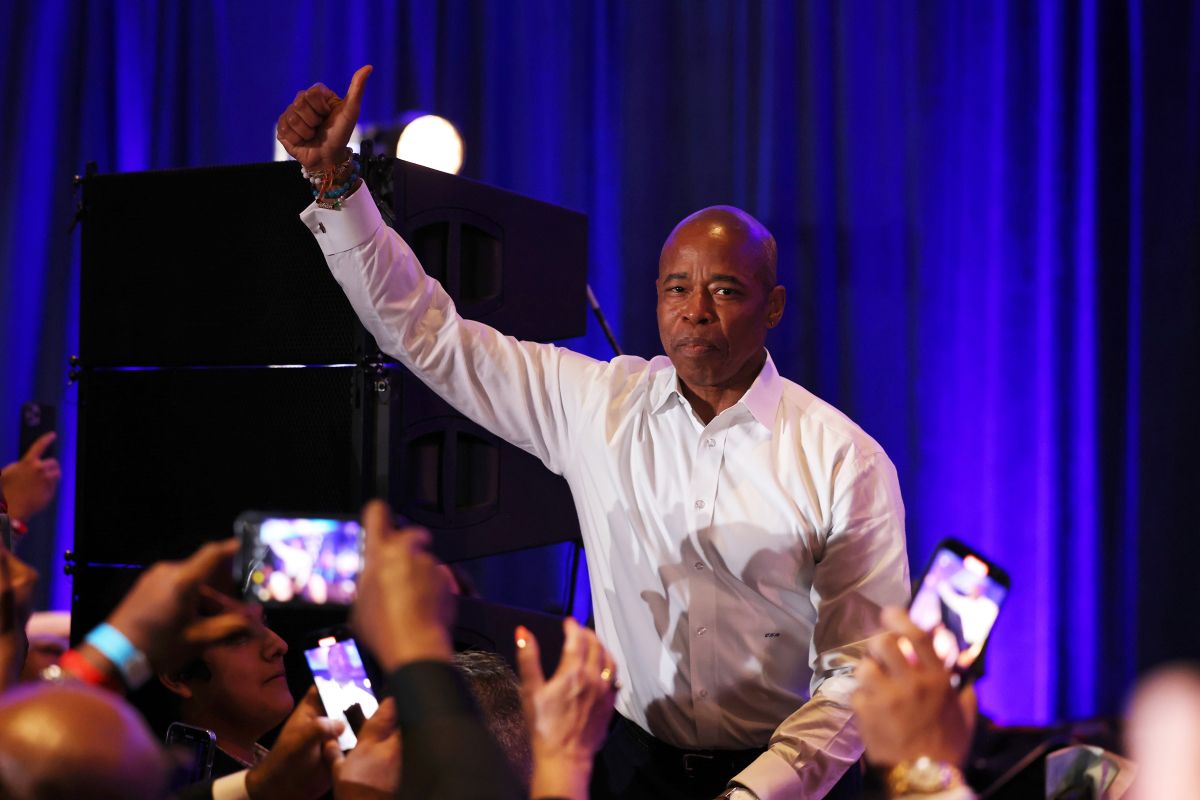 The democrat Eric Adams the 110th mayor of New York City has been elected, according to the projection of CNN and other media, defeating the Republican candidate Curtis sliwa.

Adams, a retired New York Police Department captain who adopted a public safety message, will be the second African-American mayor in the city’s history, after the late David Dinkins.

Adams, A Brooklyn native who currently serves as his borough president, won a chaotic Democratic primary this summer promising to beef up and reform the NYPD amid concerns about a surge in violent crime.

His message, that “public safety is the prerequisite for prosperity,” resonated with working-class Democratic voters outside the traditionally liberal enclaves of Manhattan and parts of Brooklyn, prompting his nomination.

Adams’s campaign for the general election was much more moderate. The Democratic candidate largely ignored Sliwa, one of the founders of the Guardian Angels and a media personality.

After Sliwa attacked him during one of their two debates, Adams shrugged and refused to participate. “I’m talking to New Yorkers,” he said, “not buffoonery.”

Who is Eric Adams

With his experience as a former state legislator, Adams rose to the top of the Democratic mayoral field in New York with a clear speech for voters anxious about the rise in violent crime in the year of the coronavirus pandemic and lingering concerns about abuses by the NYPD, arguing that it is in a unique position to address both concerns.

“I grew up poor in Brooklyn and Queens. I was wearing a bulletproof vest to protect my neighbors. I served my community as a state senator and president of the Brooklyn district, ”reads the first message that can be read on the official Twitter account of this confessed 61-year-old vegan.

Always armed with his smile and inordinate self-confidence, Adams, which soon became the official bet of the Democratic Party, has managed to forge cross-cutting alliances in all city districts to take over the mayor’s office.

From the most punished communities such as the African American, to which he himself belongs, or the Latino, to the great fortunes of the New York business elite, such as the owner of the Mets, Steve Cohen, or the heiress of the Loews corporation, Laurie Tisch , Adams has sought support in all corners of the Big Apple.

Aids that, translated into donations, have almost reached nine million dollars, since last year he began his electoral career as a candidate for the party’s primaries, in which he managed to unseat the most progressive candidates.

In fact, his official and moderate stance within the Party and his open criticisms of socialism have earned him the reproaches of the Democrats further to the left, who reproach him for his approach to the wealthiest class in the city.

Adams, who likes to talk about himself in the third person, has drawn on his childhood to return to the hackneyed local myth of the “American dream” and of the United States as “the land of opportunities”, where, supposedly, with effort and tenacity, anyone can achieve what they set out to do.

“A child who was lying on the floor of the 103rd District Police Station, attacked by the police, can now become the mayor to be in charge of that same Police Department. I am the American Dream. I am a New York story, ”he also said on the day he was imposed in the primary elections last June.