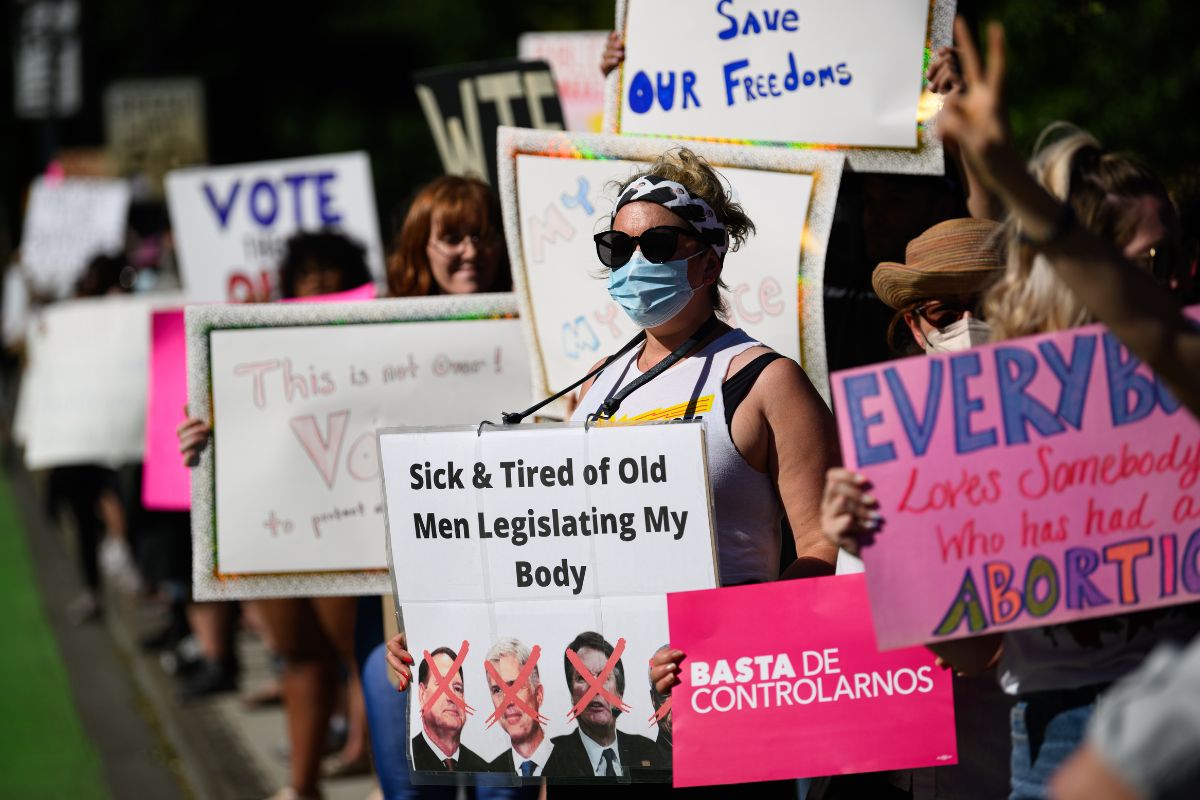 At The Pink House, the only abortion clinic in the state of Mississippi, the Supreme Court’s decision to overturn Roe v. Wade fell like a bucket of cold water.

On Friday, The United States was at the center of the world’s gaze after the Court’s ruling which revoked constitutional protections for abortion that were in place for nearly 50 years.

“The Court took up state laws that criminalize abortion dating back to the 1800s as a foundation: the Court literally set America back 150 years,” said President Joe Biden from the White House, who also warned that the fight does not end after the repeal. of Roe vs. Wade.

The Pink House, located in Jackson was the center of Dobbs v Jackson Women’s Health Organization, its official name, the clinic kept its doors open, with volunteers from Pink House Defenders escorting women in front of pro-life protesters.

The people who work there have experienced a tense environmenteven as he prepared for the court’s decision, which, according to a draft leaked in May, was in favor of the state.

With the decision made by the Supreme Court on Friday, The Pink House will be forced to close its headquarters in Mississippi in a matter of days as it is one of 13 states with a so-called trigger law, which means abortion access will be banned almost immediately with the reversal of Roe v. Wade.

“That’s what we do. We do abortions”

“The law in Mississippi says we have 10 days to stay in business from the moment the Attorney General signs the certification,” he said.

In an interview with Metro.co.uk, the woman stated that, Even if the building is closed, they will continue to help the women.

“The Pink House, although it is a wonderful building, it is just a building (…) People will continue because that is our spirit,” he said. “That’s what we do. We do abortions.” he told the British outlet.

“We’re still here, we’re still fighting (…) We are simply fighting in a different place, ”said the director of the clinic, Shannon Brewer.

On Tuesday, through social networksThe Pink House Fund reported that it is opening a clinic in Las Cruces, New Mexico, a state that has chosen to keep abortion legal throughout pregnancy.

Derenda Hancock, co-organizer of Pink House Defenders, indicated that his group will continue to accompany the women for the next 10 days, until they attend to the last patient that they are allowed. “Stay tuned. Only now are we rebelling, ”she sentenced.

It may interest you:
* Financial agency offers its workers to cover trips to have an abortion
* The 13 states where the right to abortion would be under threat after the annulment of Roe v. Wade
* Joe Biden warns that the fight is not over after the reversal of Roe v. Wade
* Greg Abbott celebrates the Supreme Court’s decision on abortion: “Texas will always fight for the innocent unborn”