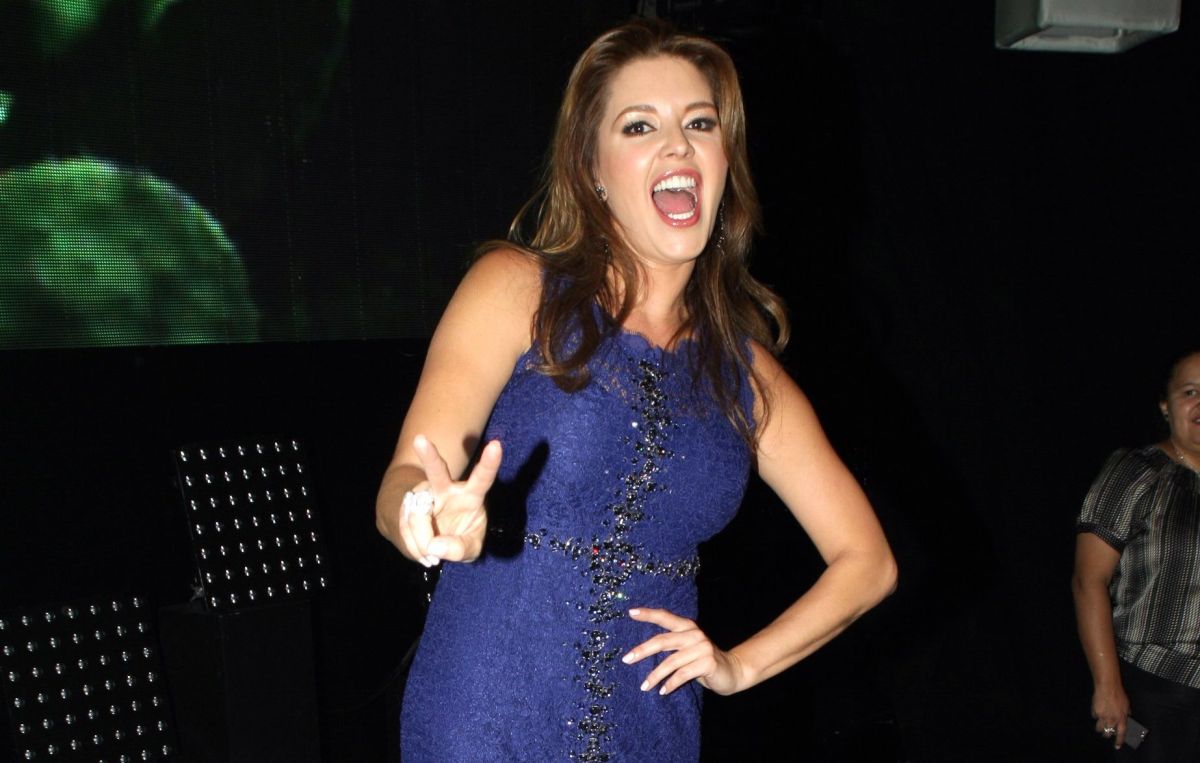 During several days, the former Misss universe Alicia Machado and the model and influencer Kimberly Flores have starred in tremendous altercations mostly for marking territory with the gallant Roberto Ramos. Who by the way, Alicia machado she showed him her breasts and he touched them. That’s how hot things have been in The House of the Famous. Despite the fights, Alicia Machado decided to give Kimberly some great advice.

Roberto Romano has also been flirtatious with the model Kimberly flowers and she has apparently corresponded to the flirtation, which has raised accusations among the followers of the Telemundo reality show, La Casa de los Famosos. This has not liked much to Alicia machado and both have had several clashes. But now it seems that Alicia has decided to make a truce with Kimberly Flores and take the first step to make amends.

Remember that Kimberly Flores is married to singer Edwin Luna, who said that he has missed his wife and that, although he claimed not to feel jealous, he did say that he has missed her. Because, Alicia Machado approached him in a more mediating plan and advised him the following: “At this moment I am your friend the bitch. To make you stronger. There are bad people and when people are beautiful, like us, we have many attacks from women who know that they will never achieve what you and I have achieved. And if you leave this program being able to with me, you are going to be able to with all of them. You have to take care of your reputation and you have to take care of your heart. You, nobody is going to take care of it for you… ”, were part of the words of Alicia Machado for Kimberly Flores, who listened very carefully.

This could be the door to a reconciliation between Alicia Machado and Kimbery Flores after all the altercations they’ve had inside The House of the Famous. But Alicia would have already had an argument with her compatriot Gaby spanic and an exchange of words with Mexican Playboy Celia Lora. At the same time, he is still in a romance plan with the actor Roberto RomanoSo many eyes are still focused on the former Venezuelan Miss Universe.

Also read:  'La Casa de los Famosos': Alicia Machado calls Kimberly Flores 'down' for 'getting into bed' with Roberto despite being married