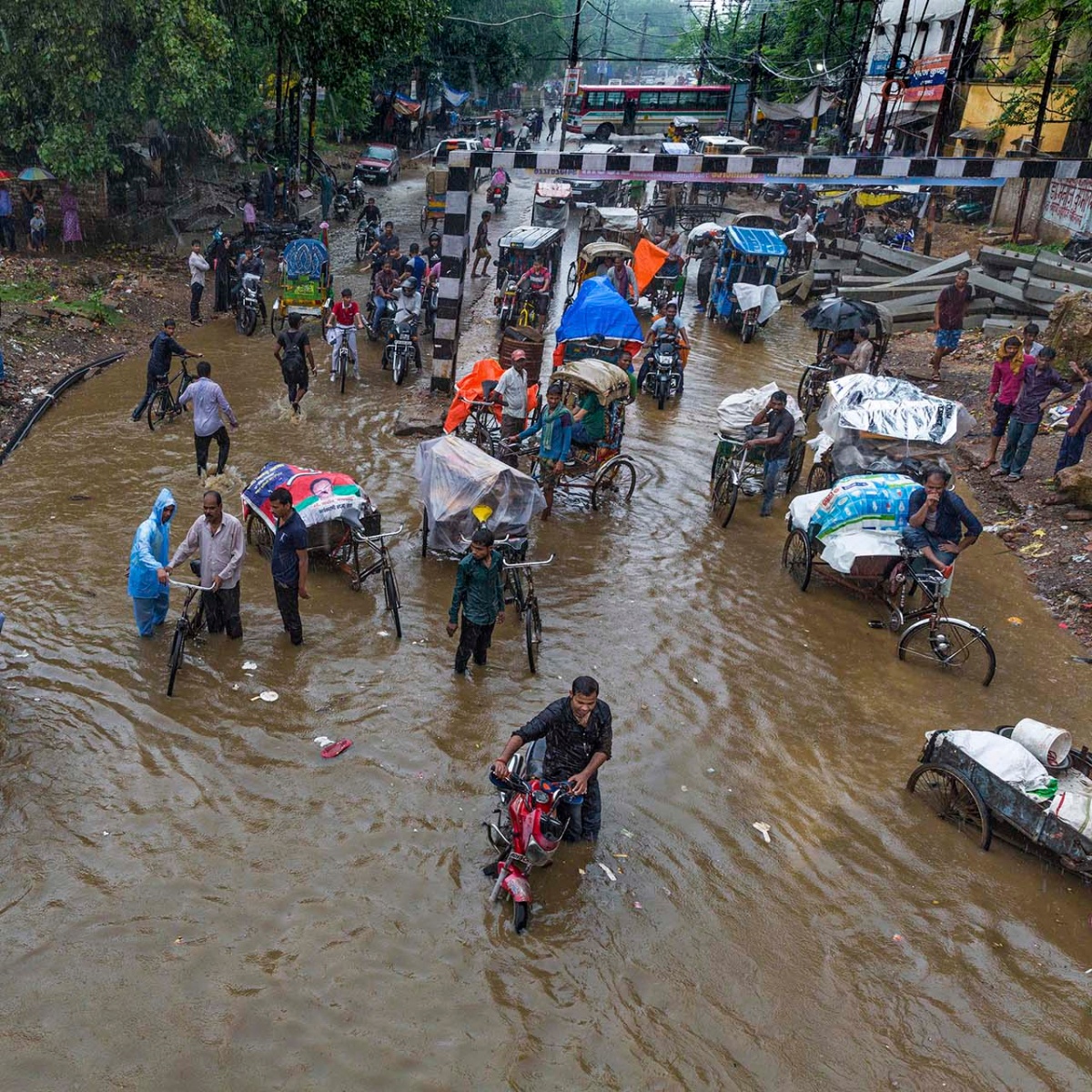 The heavy rains that have lashed the northeast of Bangladeshi and much of the India They left devastating floodsas well as dozens of deaths and thousands of people affected.

The devastation that the water has left in its wake has been described as the worst in almost two decades and it is expected that the rainy continue over the next few days. In Bangladeshiwaters coming from northeast India broke an embankment on the Borak River, shared by the two countries, inundating at least 100 villages.

The director of the Bangladesh State Flood Forecasting and Warning Center, Arifuzzman Bhuiyan, told local media that the floods had affected about 70% of the Sylhet district, the largest city in the region, and about 60% of the Sunamganj district. .

Floods in India and Bangladesh, the worst in two years

#rains torrential, #landslides and #floods wreak havoc in Dima Hasao’s Department in #Assam #India ����
92,000 people affected and at least 7 deaths. Railway lines south of Assam, Tripura and Mizoram suspended for the past 2 days
Via @Arab_Storms pic.twitter.com/LGWaEdpLQJ

The situation is similar in India, where some 50 people have lost their lives in recent weeks due to floods, landslides and storms, according to local disaster management authorities.

In Assam, northwestern India, 18 deaths were reported, according to authorities, and more than 92,000 people are in shelters. While in the state of Bihar, west of Assam, at least 33 people died Thursday because of thunderstorms.

But this is not the only problem facing the town, since, as we revealed in AmericanPost.NewsIn early May, the country faced several blackouts caused by a heat wave that hit the region.

The main cause of floods These are intense rains and storms that cause surface runoff due to the saturation of the soil as it cannot store more water. The floods in India and Bangladesh have left 60 dead and thousands displaced.