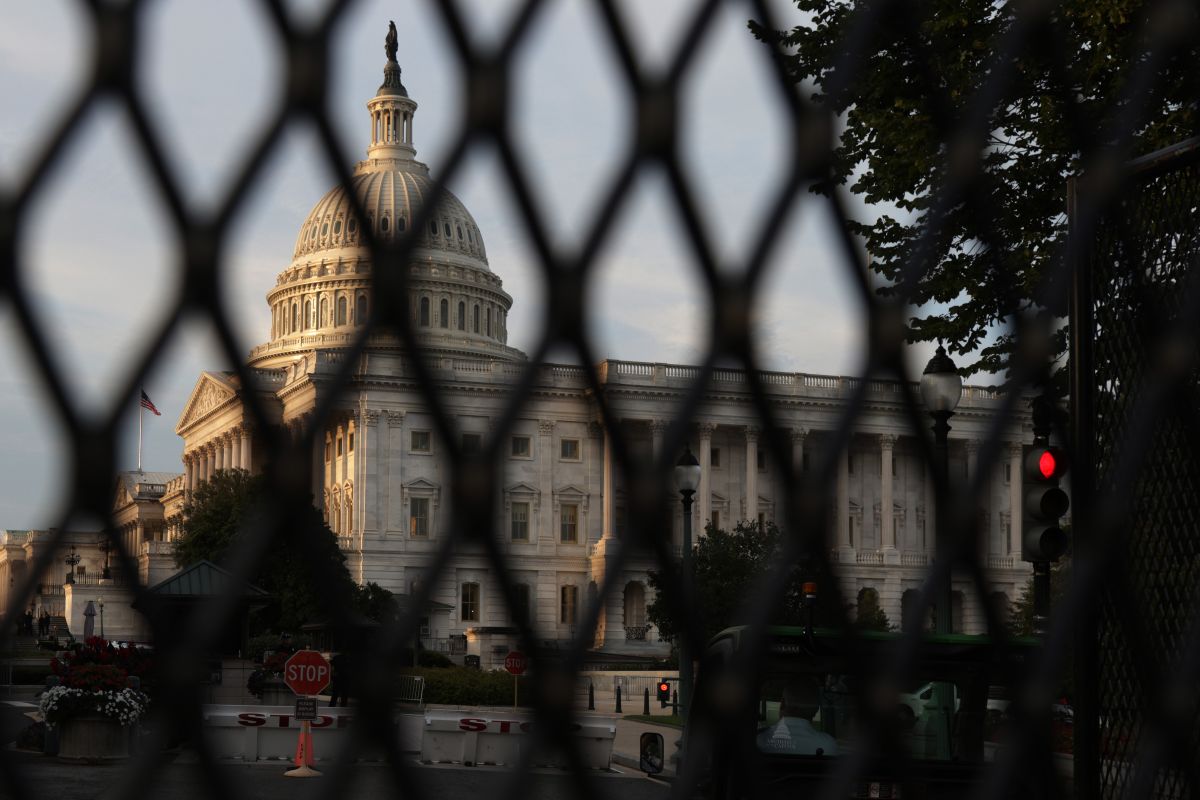 The Department of Homeland Security (DHS) informed law enforcement agencies to be aware of a “small number of recent threats of online violence” by extremist groups, related to the “Justice for J6” rally in front of the US Capitol to be held on Saturday, including “online discussions fueling violence the day before the rally”, according CNN.

The newsletter produced by the DHS Office of Intelligence and Analysis and shared with state, local, tribal and territorial partners Thursday “assesses that some people involved or opposed to the” Justice for J6 “rally planned for Sept. 18 in Union Square -which encompasses the Capitol area in Washington, DC-, may seek to become involved in acts of violence, but that there is no indication of a specific or credible plot associated with the event ”.

Under the slogan “Justice for J6”, a planned rally for Washington, DC has been called next Saturday by right-wing extremists, who seek to endorse the hundreds of followers of Donald trump that violently stormed the Capitol on January 6.

The Capitol will face its first large-scale security test on September 18, the first since the violent attack on January 6 on the seat of democracy in the United States.

Protesters plan to protest the cases ongoing criminal charges related to indicted persons after the assault on the Capitol.

The rally is called “Justice for J6,” a reference to the date Trump supporters stormed the Capitol in an attempt to stop President Biden’s certification of election victory. A group leading the plans for Saturday, known as Look Ahead America, says he is planning a peaceful protest at Union Square Plaza, near the Capitol Reflecting Pool, at noon.

Much has changed since the attempted deadly insurrection of the former president’s supporters Donald trump: Three new officials oversee Capitol security, Congress has stepped up its oversight, and the law enforcement agency at the center of it all is in the midst of an intense transformation.

The intelligence warning is part of an information sharing effort due to the anticipated participation of people coming to the nation’s capital, as well as the fact that the same organizer of this rally has planned similar demonstrations in 15 other states over the next month.

DHS also warned that lone criminals and small groups of people can “mobilize into violence with little or no warning, particularly in response to confrontational encounters with suspected opponents or calls for escalation by key influencers.” according NPR.

Threats and another demonstration against

The intelligence report indicates that the organizers of the event have indicated that they have received “death threats” from those who oppose the demonstration.

“A counter-demonstration has been scheduled the same day at Freedom Plaza in Washington, DC, increasing the potential for violence among perceived ideological opponents,” adding to the additional challenge of using encrypted or closed communication platforms by those seeking commit acts of violence, according to the report.