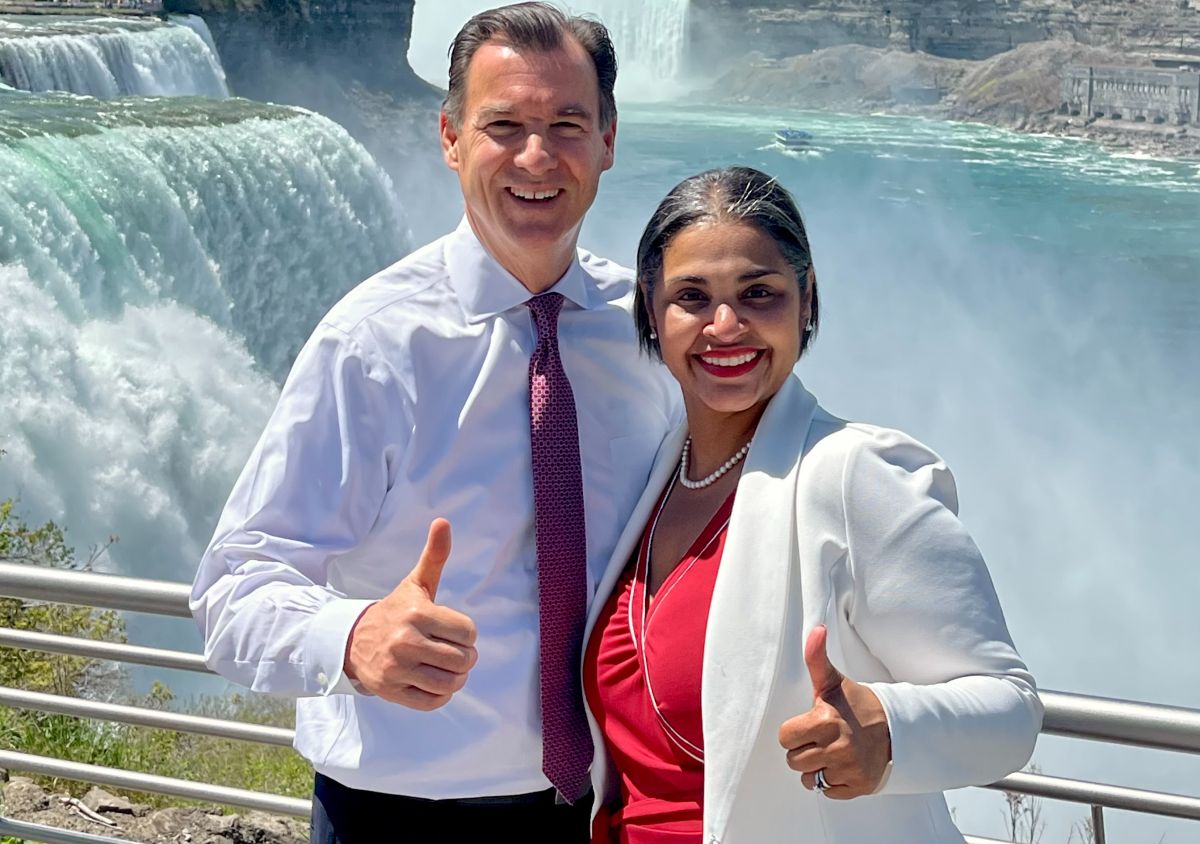 In the 1970s, Los Sures was a Brooklyn neighborhood highlighted on the Big Apple map for horrific gang violence. Over there, Diana Queenwho today aspires to be lieutenant governor of New York, She connected with community work, for as she herself defines: “change ugly things”

The Democrat who turned out to be the first woman of Dominican origin in the history of New York City, who ran for public office, now with 22 years of public service, aspires to be the second board of the state government.

He was a councilor for twelve years of the electoral circuit of Williamsburg, Bushwick and Ridgewood in Queens and then Vice President of the Borough of Brooklyn.

In this new challenge, Congressman Tom Suozzi’s running mate, presenting her name, knows that the main wall she must climb is to get communities of registered Blue Party voters, understand the importance of voting in the primarieswhose process began this weekend and will be held in person next Tuesday, June 28.

A titanic task of mobilization in the epicenter of the communities, which this daughter of Dominican parents born in Williamsburg, assures in an interview with The newspaper “to know very well”.

– This primary process to elect candidates is a democratic act historically marked by an enormous indifference of the voters in New York. Is there any indicator that in this 2022 is different?

– The Democratic Party has not taken the time to impress, especially on new citizens, the importance of this exercise. For 20 years, in addition to legislative and executive functions, I have dedicated myself to promoting citizenship fairs and encouraging the vote. For example, in the 34th district where I grew up, there were 55,000 people registered in 2001 and only 6,000 participated in these processes. Nine years later, we managed to double that vote by moving 12,000 people. I believe that politics is not just a matter of social networks and media appearances. We know of real fights. And our candidacy is also a way of saying that there are ethnic minorities in the state, which the central committee of the democratic party ignores and does not understand. And he hasn’t even bothered to get close.

– The Democratic Central Committee, last May, created a commission to approach Hispanic communities. Is it a sign that there is indeed a reflection on the importance of the Latino vote?

I don’t know how that group was formed. And how it really and honestly connects with our communities, because I wasn’t invited. The path so that the importance of the Latino vote is understood, we have to give it from within the communities. That is why we must strive to engage and mobilize our voters. Only when a mass vote occurs that changes the course of an election, it will change the misconception that many politicians have in the state and in the country that Hispanic immigrants are not important electorally, because according to their erroneous accounts, most are undocumented. Millions of immigrants and their children who are of legal age already have political rights. And when we can make that understood, then we will make ourselves respected.

– How to explain to Hispanics who are registered to vote, that they should take a few minutes and give their opinion. And even more, why, if they are going to vote in these internal ones, should they favor you with the vote?

-If a community in New York has strong reasons to exercise its citizen power, in these complicated times it is Hispanics. It is about the working class that the state depends on to move various industries, especially services, but that they are burdened by crime in their neighborhoods and are struggling to make ends meet because of devouring inflation. Only someone who truly understands this reality can take executive action that benefits them. I repeat, the Democratic Central Committee does not understand our Hispanic communities. When we are the first woman elected as lieutenant governor, in that executive position in the history of New York, we will have the possibility and the sensitivity to create strategies to alleviate the suffering of these groups.

–What is your main action criterion as a Democrat to comply with clear actions that change the lives of thousands of people who live below the poverty line and how do you say they can progress in such a complicated economic context?

-I proudly identify myself as a Democrat to build power in the most vulnerable communities, as I have proven when I have had the favor of the vote. I know from experience that running a government is complicated.. I do not believe in political idealism, but in actions. Our families are leaving New York. Because there is no way they can cover their minimum costs. They are fleeing the lack of affordable housing opportunities. Last year 300,000 people left. And since 1957 every ten years, we are steadily losing constituencies. I deeply believe in the formula for generating quality jobs and we achieve this by motivating large corporations to settle in or return to New York. Our bet is for structural economic development. There are many obstacles for small and medium companies to settle in this state. And that we must overcome. I know that our families want job opportunities to grow, not stay at home receiving a check for a social program. The main formula from which all other plans are derived is economic growthwar on crime and much more investment in public education. I know what I’m talking about.

Recent keys to the lieutenant governorship in NY: