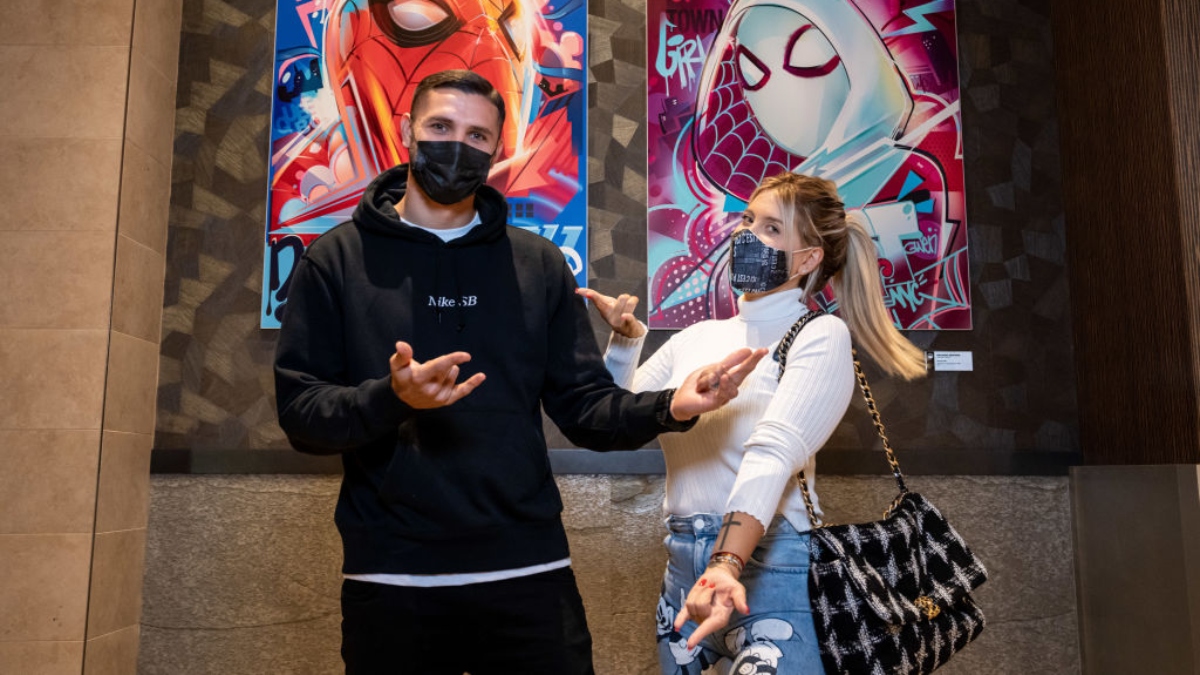 While the pink press continues to filter discussions, misunderstandings and love disappointments, the marriage of Argentine soccer player Mauro Icardi and Wanda Nara took advantage of the pause for the World Cup qualifying rounds to pamper yourself in the lush city of Dubai, in Qatar.

It is already known that Icardi traveled to Milan for Wanda after she left Paris to go to live in the Italian capital in the couple’s old house with their five children, two of them the fruit of their marriage. All this due to the The footballer’s infidelity with the actress and model María Eugenia “La china” Suárez.

Both have shared photos on their social networks about their getaway in the popular “city of gold.” Will everything be stable in the marriage? Hopefully what happens next, but the emotional balance and stability of the marriage can positively affect the performance of the striker that did not set the best numbers this season with PSG.

Mauro has been the one who in his snapshots shows his wife, in a close attitude, showing that they are still together. Wanda is still in the vein of her bikini and risqué photos, but this time with the hot Dubai landscape.

It can also be seen that Wanda Icardi (married name and that she places on her Instagram profile) He has used the wedding ring that Mauro gave him again after their first reconciliation.

For now, the couple has already given a date to tell the whole love novel that has not only taken over sports media, but also entertainment, in Europe and America. The interview will be on November 18 from his home in Paris.

With this new episode, it is ruled out that Wanda will return -or even have thought- with her ex-husband, the retired soccer player Maxi López, with whom she has three children and in full separation with Mauro he had approaches.

Even though the relationship between Wanda and Maxi were fractured for many years, everything seems to have been in the past Since the businesswoman surprised everyone on social networks with a great gesture towards the former soccer player.

The Icardi – Nara family strongly affected by the infidelity episode

The model and businesswoman has been in contact with some of the media and has not stopped telling details of the situation of her marriage.

An example is his chat on WhatsApp with the host of the Argentine program Ángeles por la Mañana. In that television space it was revealed that her five children were “greatly affected” so there was talk in the media about the family.

“I don’t know what I’m going to say. I have grown children who suffered a lot “Wanda Icardi

It is precisely in that program that Wanda has promised to reveal how the infidelity was and then the process of forgiving Mauro.

Although he not only revealed the effects on the family of the whole event, but also held a telephone conversation of almost 40 minutes with China Suárez. Details of the conversation will also be revealed on November 18.

Interested in Icardi: the ‘super millionaire’ Newcastle already has a coach to lead his ambitious project