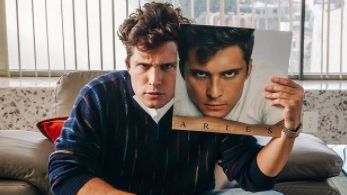 Diego Boneta has achieved international fame with his interpretation of the “Sol de México”, however although Luis Miguel The Series came to an end after the premiere of his third season, the singer also wants to turn the page and continue his acting career.

In interview for The sun rises, Boneta mentioned that he does not want to be only the actor who gave life to the interpreter in streaming Now you can go, but now will film a series in Hollywood and personally you can continue your relationship with the actress Renata notni; she took the opportunity to deny that they have plans to marry soon.

During his last meeting with the press, Diego Boneta revealed that it was the most difficult thing about giving life to Luis Miguel: “I think that the most complicated part of the series was to get psychologically into those situations that he had to live, to almost 50 years, because they are things that have not touched me, I saw the characterization and everything, but if only it was as easy as having your makeup done, but no, you have to put yourself there “, commented the actor. Boneta highlighted the singer’s courage for sharing details of his personality that we did not know: “I did not have to judge him, I had to justify him so that all the people watching the series could empathize with him”, Explained in an interview for the TV Azteca show program, Windowing.

When asked about a fourth season or continuing to cover musicals of the greatest hits of Luis Miguel As he has done in the last two years, the actor reacted strongly by ensuring that the character will remain forever in his memory but will continue as producer and actor of a romantic series in Hollywood.

Although he was a very important character in his career, Diego Boneta already said goodbye to Luis Miguel: “That is why all the projects I did, between seasons, it was very important for me that they were very different, such as New Order, Terminator”, He mentioned and later added:“I’m about to start filming a romantic comedy for Paramount that I’m also producing and starring in under my production company.”, He concluded.

Last month, during the promotion of the third season of Luis Miguel The Series, Diego Boneta gave an interview to the Argentine program All News, where he told how was his last meeting with “El Sol deMéxico” from whom he received very good comments about his work in his series: “The last time I saw him was after the first season when he was very happy with everything And above all, he told me some super nice things, he said: ‘Diego, you blew it, not only as an actor, but also as a singer’, my skin turned sweet, I think it was the best compliment”Boneta recalled.

During the same event held in Mexico City, Diego Boneta and Renata Notni were captured very happy together and did not hide the love they feel for each other; at least that is what they made known during their meeting with the press and the statements they gave to various media.

Questioned about the rumors that point to a possible wedding between the two artists and after confessing her love with the famous phrase of the “Divo de Juárez”, Renata Notni, she put a stop to all speculation and asked for respect so that they allow them to enjoy their romance :

Luis Miguel, the series: the exclusive video of Diego Boneta and Jade Ewen in the privacy of the last season