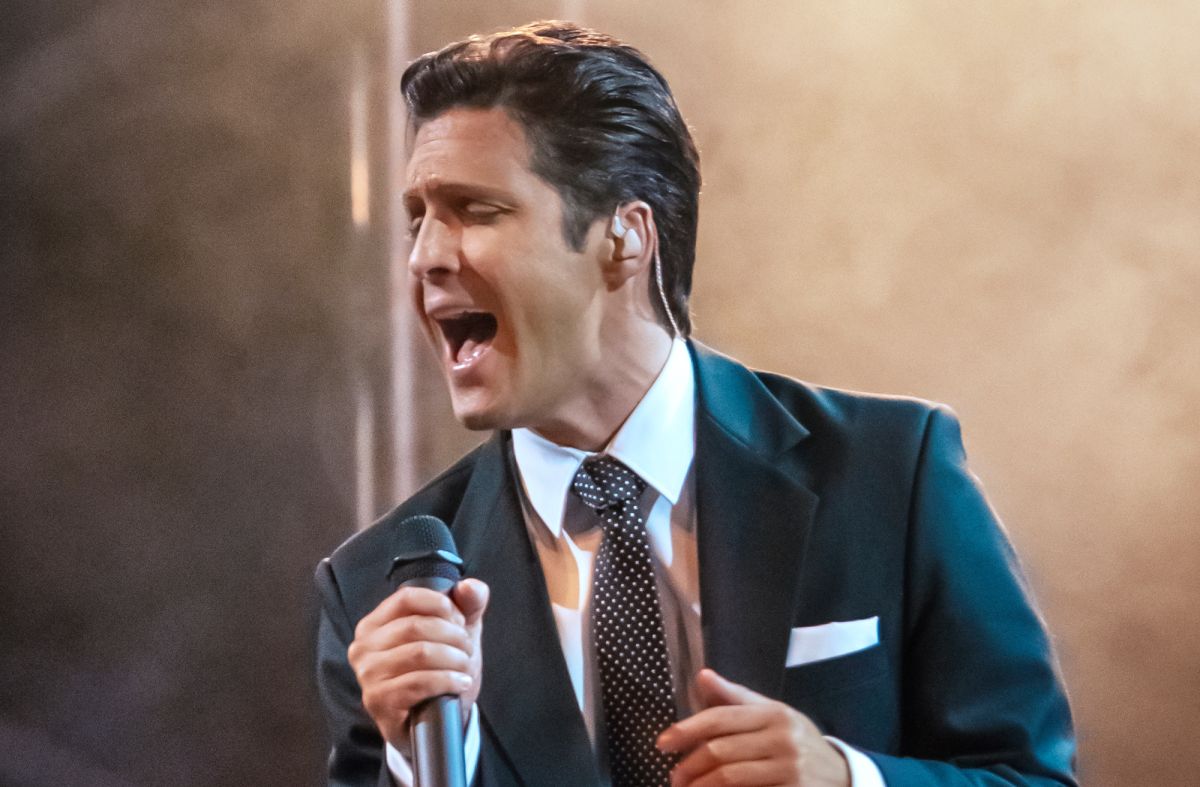 TO Diego Boneta “Luis Miguel. The series ”(Netflix) changed his life. The international success of the biography of the Mexican singer was a before and after in his career but it has also raised a challenge, that of dissociating himself from a character who completely absorbed him to avoid the dreaded typecasting.

In an interview with Efe in Madrid, where the actor will attend the Platinum Ibero-American Film Awards ceremony on Sunday, the Mexican talks about the future after “El sol de México” and the challenges of the Hispanic-American audiovisual sector.

Boneta (Mexico City, 1990) is nominated for these awards -which celebrate film and television in Spanish and Portuguese- for his role in “Nuevo Orden”, the film by Michel Franco (winner of the Silver Lion at the 77th Festival de Venice) which is an example of what he wants to continue doing, extreme characters that make him grow as an actor.

Question: What do you think of your nomination for the Platino Awards, which celebrate Ibero-American cinema?

Answer: It is a great honor. They are very important and special awards because they bring together the entire film and television community from all over Latin America. It is my second nomination, I have already been with “Luis Miguel” and it is very special.

Q: What has this movie meant for your career?

A: That it had nothing to do with the previous thing made it so special and having won the jury prize at the Venice Film Festival was crazy (…) It is a very relevant film with what is happening in the world, in many countries, polarization and lack of empathy exists, it is something that is happening everywhere.

Q: Before “New Order” they didn’t offer you papers in Mexico because, in your words, “they didn’t see me as Mexican enough”. Is this changing?

A: I went to the United States because when I wanted to do castings for Mexican films, they didn’t see me as a Mexican actor. I believe that being Mexican is carried in the heart. I was born in Mexico, I have a mixture, I have a Spanish passport, my grandmother was from Murcia and my grandfather’s family from the Basque Country, my mother was born in the United States. That is why Michel (Franco) and I connect so much, he is seen as an “outcast” (rejected), in certain things. I hope that after that movie and Luis Miguel they already see me as a Mexican.

Q: The film, which aroused much controversy in Mexico, deals with racial and social differences. Are they really that present?

A: For me the problem with the film has not to do with racism, but with polarization and lack of empathy. The speech was much racial. A lot of people didn’t see the movie because of the trailer and judged it on that. But when you see the film you realize that it is not a story of Indians against high class people, it has nothing to do with that. In fact, the antagonist is the army (…). It is a warning of what happens when there is no dialogue.

Q: Do you think that the revolution that the film talks about could happen in Mexico, where they also have a president whose vision of the past generates so much controversy?

A: I wouldn’t want to get on the political side (…). I think they are very sensitive issues. The most important thing is that people vote, there were elections recently in Mexico, and in three years there will be others. There are many people who are not happy. I try to be careful with political issues, I am not a political scientist, I am an actor, it is delicate when actors talk about politics.

P. How do you see life without Luis Miguel?

A: “Luis Miguel, the series” changed my life. It was a project that left me so much, that it demanded a lot, and it was an incredible learning. There are few performances that require that level of transformation and it was the first time that I had to do something like this (…). Another challenge will come and for me it is important to take steps forward acting, not staying comfortable and always pushing. That is why “New Order” has nothing to do with “Luis Miguel” and the next project will be the same, I want it to have absolutely nothing to do with what I did previously.

Q: And what will that decision be based on?

A: The most important thing that “Luis Miguel” left was starting my career as a producer and thanks to the success of the series, which nobody expected, suddenly many platforms approached us to ask us “What are they going to do next?”. We realized that before there were no projects that broke with the stereotype of the Latino. They were not projects that excited me, something that could transcend, go beyond other Latino projects. And I realized that if they weren’t there, they had to be created.

Q: Do you feel that Mexico and Latin America were not being well counted due to stereotypes?

A: Yes, I think it is going a much better way, I notice a huge difference today in the projects that were offered for Latinos when I moved to Los Angeles 14 years ago. What series did you see in the US in Spanish? It was not until “Narcos” came out that the scheme changed, and then “La casa de papel”. Everything is recent (…) I see and notice a change and it is up to us to keep pushing and be part of the change instead of complaining. And in joining forces, something that the Latino film and television community lacks is unity.