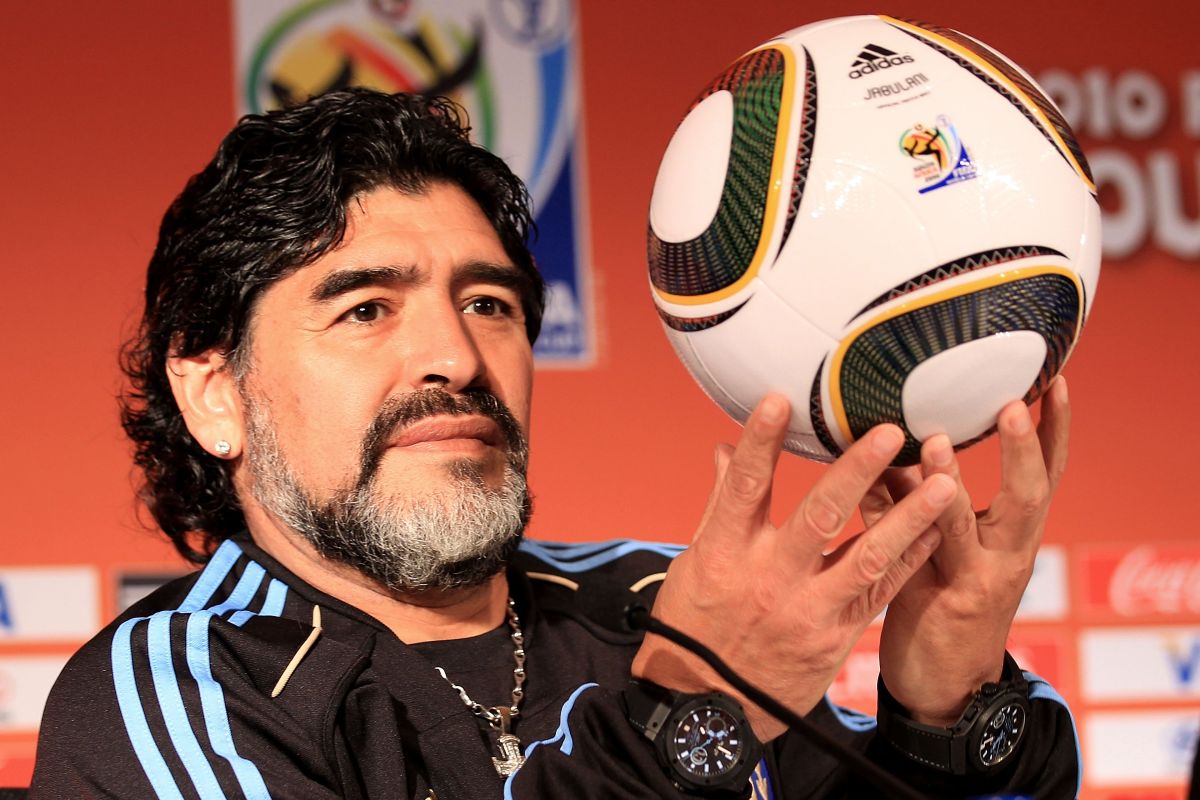 Worshiped by many, as if it were an earthly God; despised by others, in view of the controversies in which he was involved. That’s how it went Diego Armando Maradona while he was alive.

This October 30 I would be turning 61 years old the former Argentine footballer, who died on November 25, 2020, due to a cardiac decompensation that caused pulmonary edema.

Due to his extraordinary skill with the ball and the titles he won, Maradona was considered by many the best footballer in history. These are the most shocking moments of his life:

El Pibe de Oro lived a childhood with few resources, but with a unique talent. His first contact with football occurred when he played the Evita National Games, in 1973 and 1974. At that time he wore the Los Cebollitas t-shirt, team of the lower categories of Argentinos Juniors, and came out champion.

In February 1977 he began the story with the love of his life: the national team. Although he played several games for La Albiceleste, due to his youth, was out of the call by César Luis Menotti for the 1978 World Cup, where Argentina reigned as host.

In September 1979 he won the first title of his career as a captain. Argentina beat the Soviet Union 3-1 in the final of the Youth World Cup held in Tokyo, Japan, where Maradona scored a goal and was elected the best player of the tournament.

Arrival to Boca and Barcelona

Maradona he left Argentinos and in February 1981, signed his loan contract for a year and a half with Boca Juniors. The blue and gold team, at that time, was going through a delicate economic situation and was not in a position to buy their token. In fact, River Plate made him an important offer.

After participating in the 1982 World Cup in Spain, where Maradona’s Argentina disappointed in the expectations that were generated, the sale of the player to FC Barcelona was completed for 1,200 million pesetas.

His experience as a Barça player was bittersweet, despite the fact that raised three titles. In September 1983, the ligament in his left ankle was torn. In the 1984 Copa del Rey final a pitched battle was generated, in which Maradona received a three-month sanction without playing Spanish competitions.

As a result of this sanction, the culé institution transferred the Argentine hitch to Napoli. The journalist Jimmy Burns, in the biography of Maradona entitled “The Hand of God”, revealed that Diego had contact with drugs for the first time in Barcelona.

Maradona and the Hand of God

Argentina and England played the quarterfinals of the 1986 World Cup in Mexico, where the Albiceleste came out champion. Two of the most remembered goals in World Cup history were scored at the Azteca Stadium: the Goal of the Century and The Hand of God.

The Hand of God was given at minute 51. In a ball disputed inside the area between Diego Maradona and the English goalkeeper Peter Shilton, the Argentine jumped, hit the ball with his left fist — close to his head — and shook the nets.

The Pibe de Oro looked askance at the referee and the linesman, who unusually they validated the celebration. The name is due to the fact that Maradona himself declared that the goal had converted him “A little with the head and a little with the hand of God.”

The Goal of the Century came four minutes later. Maradona drove the ball from his own field, eluded five English players – including Peter Shilton – and defined in the midst of a fall.. The match ended with a score of 2-1 for Argentina.

On the second day of the 1994 World Cup, the United States, when the match between Argentina and Nigeria ended, Diego Maradona walked out hand in hand with a woman dressed as a nurse – although it was not – to carry out the anti-doping control.

The Albiceleste captain argued that he had not tried to gain sports advantage, since those substances were found in an anti-flu that his doctor had prescribed. It was on this occasion that he said his iconic phrase: “They cut off my legs.”

“The ball does not get dirty”

In January 2000, following a hypertensive crisis and ventricular arrhythmia, Maradona remained in intensive care. Four years passed for El Pelusa to have his farewell party. In his final speech, he said: “I was wrong and paid, but the ball is not stained.”

In April 2004, after overcoming a delicate health problem caused by his addiction to cocaine, Maradona entered a Cuban medical center to start a detoxification treatment. In addition, due to his excesses, he weighed up to 120 kilos in 2005.

The health of the Argentine star was compromised in the last days of his life. On November 3, 2020, he had undergone surgery for a chronic subdural hematoma and was admitted to intensive care. It was about a clot found between the skull and the base of the brain.

Eight days after being operated on urgently, the Pibe de Oro received a medical discharge. Nevertheless, On the morning of November 25 of that year, he suffered a decompensation and died, after doctors tried unsuccessfully to resuscitate him.

Regardless of your eccentricities, Diego Maradona marked an era. He was an incomparable footballer, who won the hearts of several generations. It will always be talked about. The years will pass and his genius with the ball will remain valid. One year after his death, will continue to be considered by various specialists and fans as the best of all time.

You can also read:
– “Messi, Cristiano and Pelé get close to Diego”: Maradona’s ex-manager breaks the silence
– Maradona in Cuba: “Diego took me to drugs when I was 16 years old, after six months of relationship”
– Launch the “Maradolar”: A cryptocurrency in honor of Diego Maradona
– VIDEO: Amazon Prime published the trailer for “Maradona: Sueño Bendito”, the series that recounts the life of the Argentine star
– Maradona’s ex-girlfriend accuses him of having been violent and his relatives pay the consequences