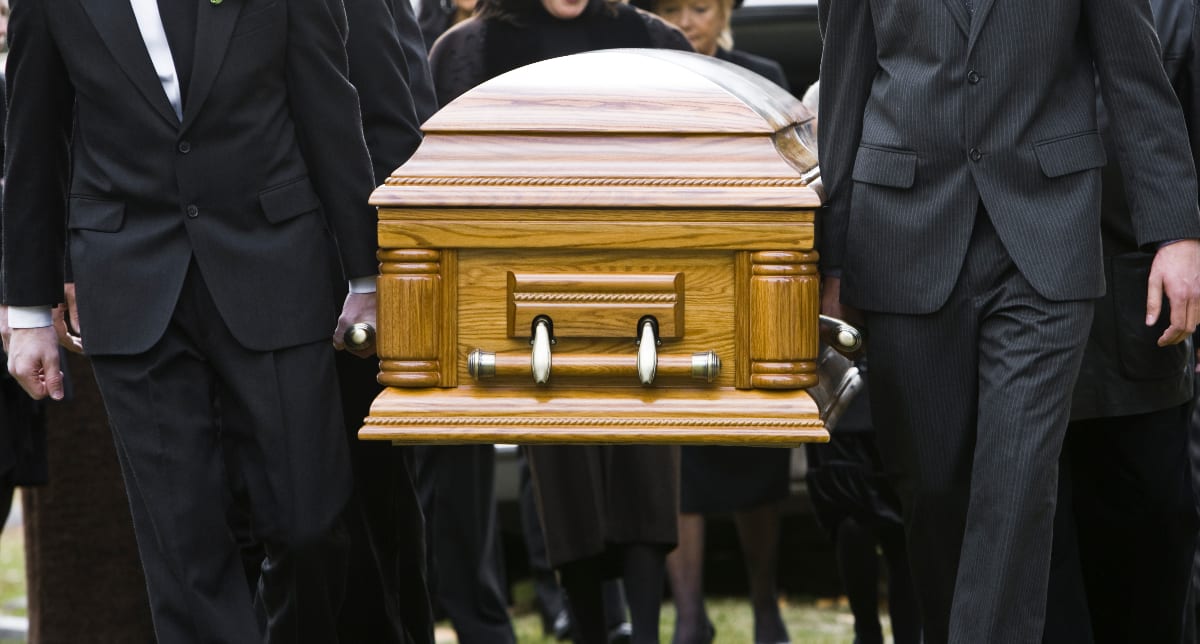 The unfortunate events took place in a town in Egypt, when the happiest day of his life became the tragedy of a whole family. Isra Shaaban, 21, passed away just an hour after getting married.

The cause of death was a heart attack, so he could not enjoy his new marital status and, on the contrary, left sad families and a widower who today only mourns the death of his beloved, when he had to celebrate the marriage union.

Surprise and tears was what the guests and the groom experienced, after the woman suffered from this medical situation, and it is that almost immediately after entering her new home, in the village of Medoum in the Beni Suef governorate, in the northern Egypt, he began to feel bad.

Dies after getting married: TO THE HOSPITAL

Immediately the emergency services received a report to help the woman, but after reviewing her, they decided to transfer her to a hospital to receive medical attention and thus be able to avoid a tragedy.

However, nothing could be done about it, since the woman already had signs of a heart attack, which left an entire family in tears and a widowed boyfriend, who only expected to spend his entire life with her.

Dies after getting married: FROM CELEBRATION TO FUNERAL

But the family did not remain silent and one of his cousins, Mohammad Hamed, revealed more details of the tragedy after his cousin’s wedding: “Yesterday, we attended Isra’s wedding where everyone was happy, today we buried her.”

And he also added the following: “We were happy and participated in the wedding and an hour later we received the call. Sadness has struck the whole town ”and now after the wedding celebration, they now held a funeral.

Just as many people from the town attended the young woman’s wedding, others went to her funeral, totally shocked because just a day before they were in the best moment of their lives and now they were saying goodbye to this land.

One of the attendees at the bride’s funeral said the following about the woman’s discomfort, with much sadness and pain in her heart: “The bride felt exhaustion and sharp pains in her belly and chest after the end of the wedding party. wedding”. Filed Under: Dies After Marrying

ASKED NOT TO LEAVE HER

Then came the most regrettable statement of the news: “She asked her family not to leave her. The bride was taken to a hospital where she breathed for the last time upon arrival ”and that is where the sad story of a bride who could not enjoy her first day of marriage ended.

So far, it is unknown if the Egyptian authorities are investigating the case or will take it as a natural death, the truth is that sadness reached not only the family, but also dozens of acquaintances of the bride who attended the wedding. Filed Under: Dies After Marrying

GIRLFRIEND DIES AND MARRIED HIS SISTER

A similar event happened in early June when it was announced that a bride died of a heart attack in the middle of the wedding, but the groom did not miss the opportunity and married his sister! The same day the family ended up celebrating a funeral and a marriage union.

At the beginning of their wedding, the bride collapsed and fell dead. So they moved his body to another room to continue with the ceremony, only this time the man would marry the younger sister of the recently deceased. Filed Under: Dies After Marrying

“WE DID NOT KNOW WHAT TO DO”

Last Thursday, Surbhi was exchanging traditional garlands at an Indian wedding with her future husband Mangesh Kumar, when she suddenly collapsed from a heart attack, the Indo-Asian News Service (IANS) reported.

At the place where the marriage was being celebrated, in the town of Samspura, Uttar Pradesh state in northern India, a doctor from the area arrived and declared her dead. “We didn’t know what to do in the situation,” Saurabh, the brides’ brother, told the news agency. Filed Under: Dies After Marrying

Dies after getting married: DECIDE MARRIAGE

Faced with the unexpected situation, the families of both met to make a decision. “Both families sat together and someone suggested that my younger sister, Nisha, should marry the groom,” explained the brother.

“The families discussed the matter and they both agreed,” he said. “It was a strange situation as my younger sister’s wedding took place while my other sister’s body was lying in another room,” she told the Times of India.

Dies after getting married: “DIFFICULT DECISION”

On the same day, the family had to celebrate a wedding and a funeral. According to local media, immediately after the marriage, the relatives performed the farewell rites for the bride who had just passed away. “The grief over her death and the happiness of the wedding have not yet been assimilated,” Ajab Singh, the sisters’ uncle, told the news agency.

“It was a difficult decision for our family,” he added about the news. “A daughter was dead in one room and another’s wedding was taking place in another room. We have never experienced such mixed emotions ”.

Another case in which a wedding did not end as expected was that of Joe Melgoza, 30, who was celebrating his wedding reception at his sister-in-law’s house, when he was attacked by two men of Hispanic origin. Chino city police responded to an emergency call, warning of a violent fight between several men.

When the authorities arrived at the scene, there were only the witnesses of that harsh confrontation, but there were no traces of the subjects involved. The only thing the authorities knew is that one of them was the boyfriend of that party that, unfortunately, had just ended for reasons of force majeure. Filed Under: Dies After Marrying