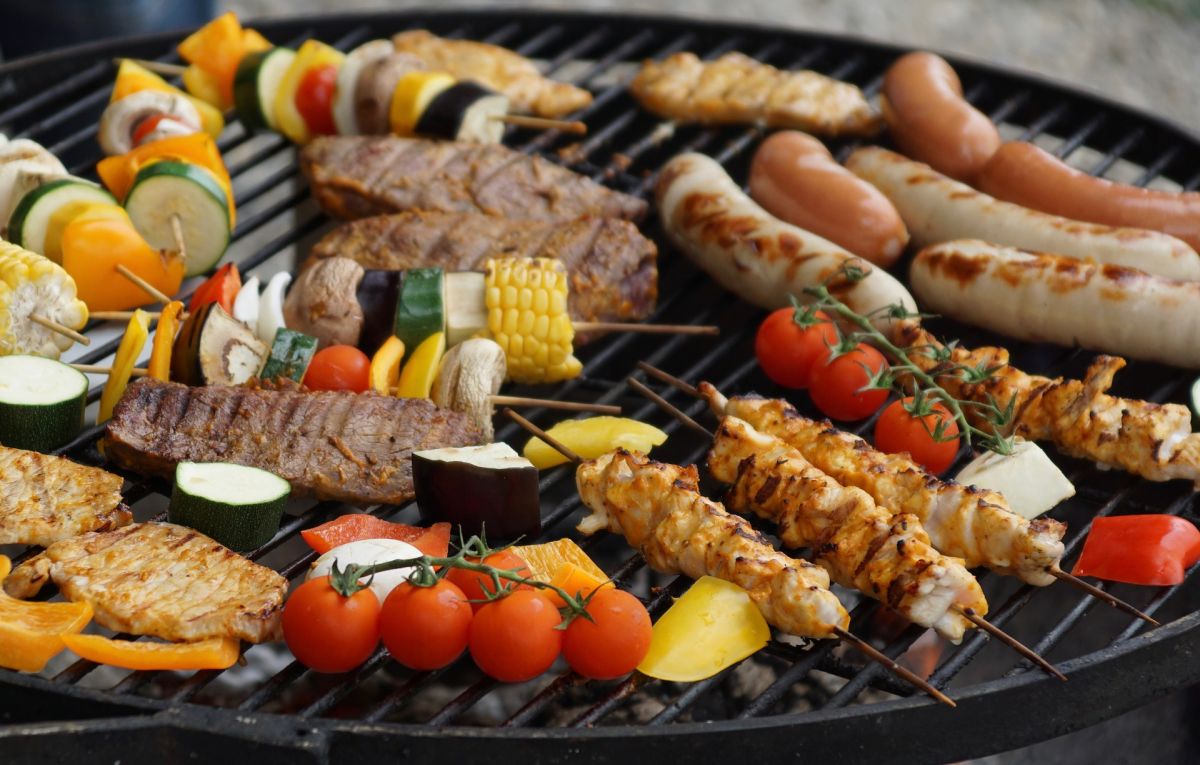 Unquestionably, summer is the perfect season for grilling all kinds of meat products, sausages and vegetables. The warm temperatures are perfect for lighting up the grill and enjoying warm summer afternoons with friends and family. Regardless of whether it is cooked on the grill with the use of gas or charcoal, it is important to bear in mind that although it is a method that provides a very special flavor and texture in food; can be associated with some unique side effects that can impair health, compared to other cooking methods.

It has been proven that it is a technique that is related to an increased risk of suffering from chronic diseases, among which hypertension, cardiovascular diseases, diabetes and especially certain types of cancer stand out. There is relevant data in this regard; each year the American Institute for Cancer Research publishes a guide to “Cook on the grill and prevent cancer”, in which it advises consumers to avoid two types of compounds that have been linked to cancer. These compounds, called polycyclic aromatic hydrocarbons and heterocyclic amines, are produced when food, especially meat, is cooked on a grill. In fact these substances are formed when any type of organic matter is burnedMainly the fat that runs off the meat and slides down the grill grates, the reason is because the carbon inside it burns in the flames, and those hydrocarbons rise with the smoke. The smoke that is produced can envelop the meat and cover it with compounds potentially carcinogenic.

Although this does not mean that grilled foods are always bad, it is important to be informed about the possible risks and bet on consuming them not so recurrently. In addition to integrating other measures such as consuming other types of meat alternatives, choose to grill fish, shellfish, poultry or plant foods instead of red meat, especially processed meat like hot dog sausages. According to the World Health Organization, processed meats are potentially carcinogenic. Another good tip: Research suggests that marinating foods for at least 30 minutes can reduce the formation of AHCs in meat, poultry, and fish. Based on this, we undertook the task of investigating what happens in the body when enjoying these foods on the grill, according to nutritionists and medical experts It is worth taking into account!

1. It can take years off our lives and increase the risk of health problems

There is a substance that is released when grilling (especially cuts of meat and sausages) called AGE, its meaning refers to the advanced glycation end products, which can promote oxidation and inflammation, raising our risk for chronic health problems like heart disease, type 2 diabetes, cancer, and Alzheimer’s disease. In addition, it has been proven that AGEs can contribute to the aging process in a considerable and sharp way. These harmful compounds are formed with that classic sizzle and ‘scorch’ that leaves iconic grill marks on cuts of meat and it is the result of cooking at high temperature and dry heat.

Grilling can increase histamine levels and thereby lead to a rallergic reaction that can range from mild to acute, this happens especially in sensitive people and with pre-existing allergies. According to statements by Jonathan Valdez, founder of Genki Nutrition and spokesman for the New York State Academy of Nutrition and Dietetics, there is still a lot of research work to be done in this regard. However, speculation may be the evaporation of liquids causing a concentration of histamine.

3. May cause weight gain

We do not want this point to be misunderstood, it is well known that grilling is a extraordinary alternative for cooking with less fat and above all avoid weathered techniques or other frying that increase the caloric value of food. However, it is a type of cooking technique that causes sugary sauces to be added that can hide extra calories and can lead to weight gain in the long term. In addition to possible alterations in sugar levels. Don’t expect the smoke and temperature to omit those added sugars, rseason commercial marinating sauces well and avoid containing added sugar sources such as sucrose, dextrose, fructose, table sugar, syrups, honey, maple syrup, or molasses. They are extremely harmful. Bet on homemade marinades made with olive oil, avocado, different types of vinegar, mustard, aromatic herbs, salt and spices.

4. Increases the risk of certain types of cancer

Grilling causes a benzo surge [a] Pyrene, a type of polycyclic aromatic hydrocarbons (PAH) that are recognized as carcinogenic substances, this is related to the incomplete combustion of materials that contain carbon, such as the fat of meat, certain substances of vegetables and the source of heat (i.e. charcoal, wood). The smoke that forms is what contains the PAHs. The heat source you hit, how close the heat source is, how long the food cooks, and the type of meat that is cooked will also determine how much PAH is formed.

Not everything is negative and it is important to mention two extremely beneficial aspects of cooking food on the grill. The first is that it is a method that invites us to consume more colorful and varied foodsIn addition, in some grilled vegetables, cellulose breaks down. This makes the body have easier access to some nutrients and antioxidants such as lycopene, lutein and beta carotene. Another genius is that it promotes the consumption of plant-based burgers, which are usually made beans, peas, grains, mushrooms, and vegetables, such as onions, corn, and carrots. Amazing plant-based options are also available, made with soy, pea protein, wheat, grains and legumes, which have been adapted to be the most meat-like in appearance and texture. A magnificent piece of information: lThe protein in plant-based burgers can range from several grams to almost equal to that of a traditional meat burger. As an aside, it is important to note that eating plant-based does not mean that one is a vegetarian, however Research has shown that eating more plant-based foods can reduce the risk of heart disease, high blood pressure, and diabetes.